Disney’s rebuilt Star Wars empire is expansive to say the very least. After they purchased Lucasfilm back in 2012, we’ve seen them give the iconic franchise a serious facelift, spawning a series of new films and novels. The latter led to a good deal of controversy, when Disney threw decades of Expanded Universe books out of the main canon, rebranding them as “Legends,” before releasing a new series of canonical novels.

In fairness, it’s a move that needed to happen in order to account for the new trilogy. The new books we got as a result have also been nothing short of incredible, shedding light on the years between Star Wars: Return of the Jedi and Star Wars: The Force Awakens, giving us a peek inside the helmet of Darth Vader, and contextualizing some of the saga’s newer characters. So with that, here are all of those novels, in order of release date. 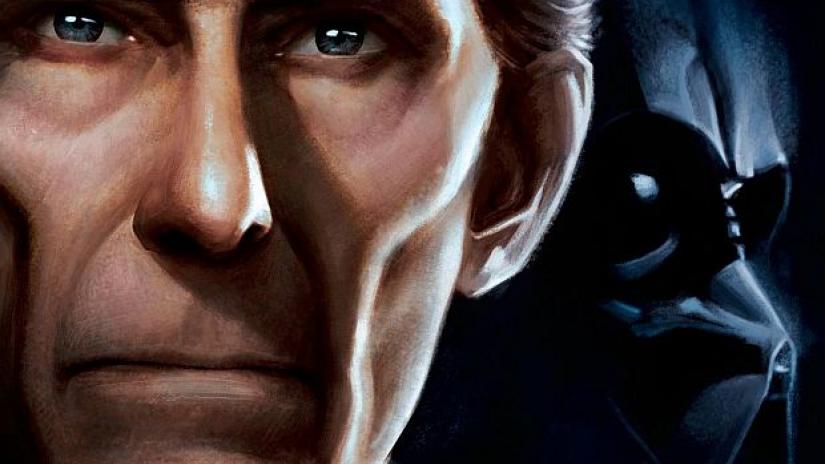 Grand Moff Wilhuff Tarkin didn’t last long in the original Star Wars saga, perishing in the explosion of the first Death Star in Star Wars: A New Hope. That made his story tragically short, especially given how formidable a foe he proved to be during his brief run in the franchise. Thankfully, that problem was quickly remedied with Tarkin, which holds the distinct honor of being the first new canon novel.

The book dives into Tarkin’s early days as a child growing up in a wealthy family, as well as his formative years in the wilderness of his homeworld of Eriadu. Those flashbacks play as a background to a larger story, set in the years preceding A New Hope as Tarkin and Darth Vader team up on a mission to quell a guerrilla uprising. 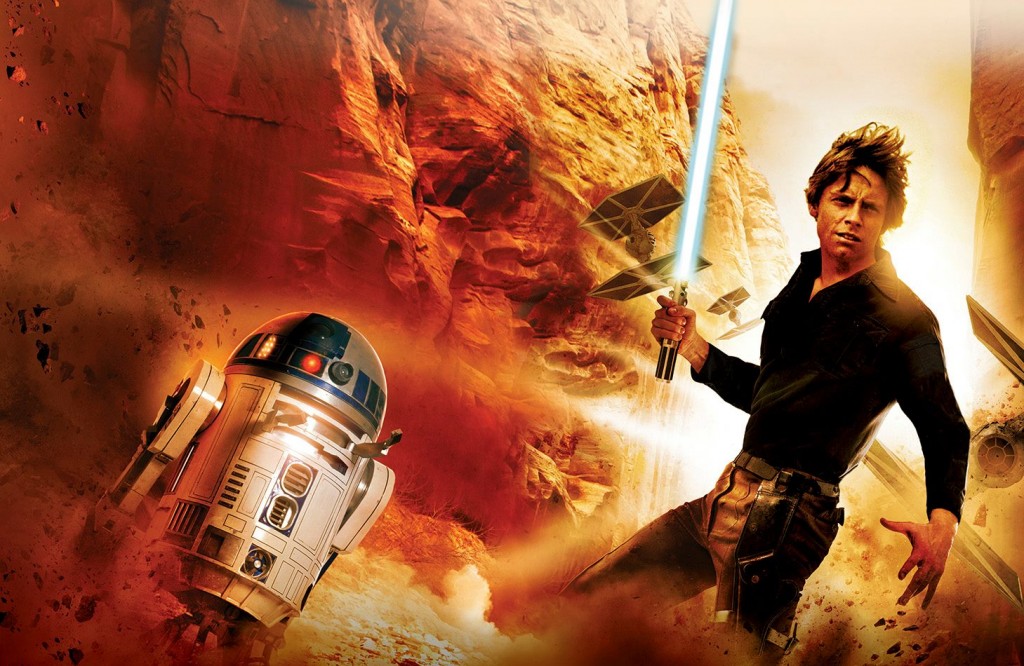 Heir to the Jedi | Del Rey

We don’t hear much from Luke Skywalker in a large majority of the new canon novels. That being so, Heir to the Jedi is the rare exception. The book takes place directly following the destruction of the first Death Star. Luke, having proven himself to be a capable pilot and a valuable asset to the Rebellion, finds himself on a mission to rescue a brilliant cryptographer. Along the way, he runs afoul of bounty hunters, Imperial bodyguards, and more, as he continues to hone his connection to the Force. 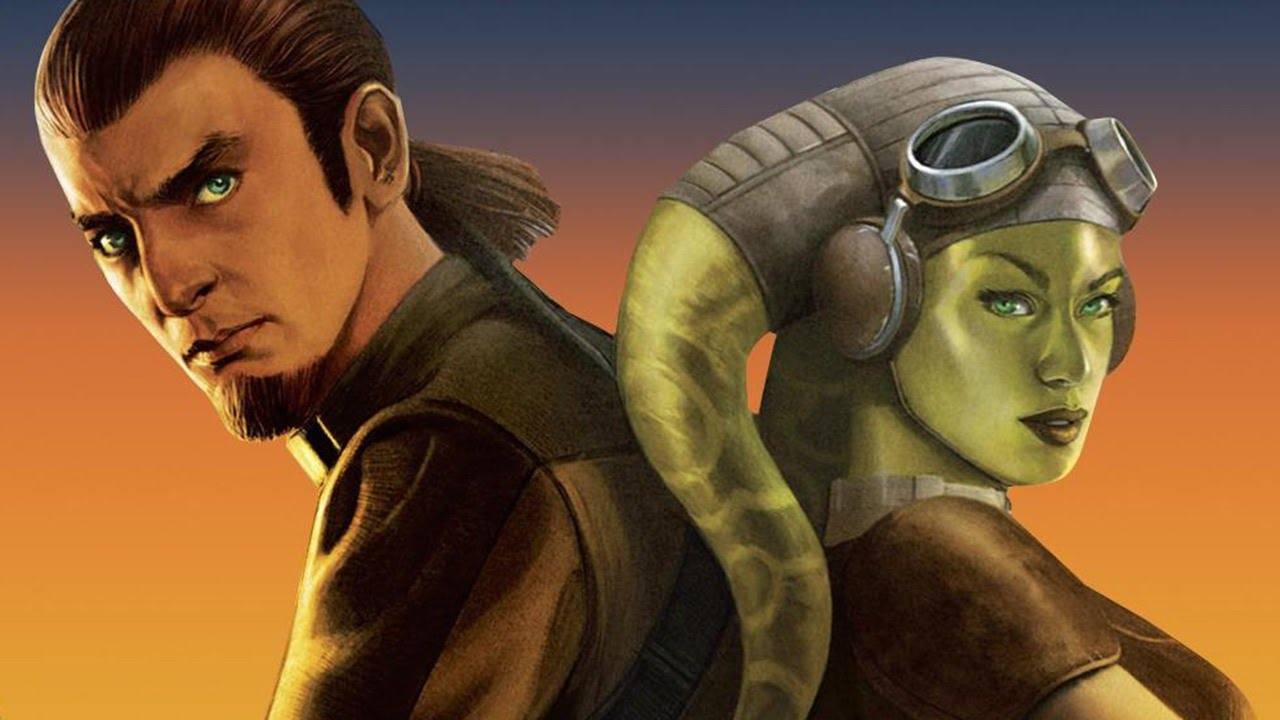 A New Dawn was a groundbreaking novel for a handful of reasons. It’s the first Star Wars book to ever utilize input from the Lucasfilm Story Group. Additionally, Star Wars Rebels producers Dave Filoni, Simon Kinberg, and Greg Weisman all provided insight as well.

The reason for all the extra help? A New Dawn centered around brand new additions to the Star Wars universe. In it, we get to see the story behind former Jedi Padawan Kanan Jarrus, and Rebel leader Hera Syndulla, who later team up to form the crew of the Ghost in the Rebels animated series.

4. Lords of the Sith 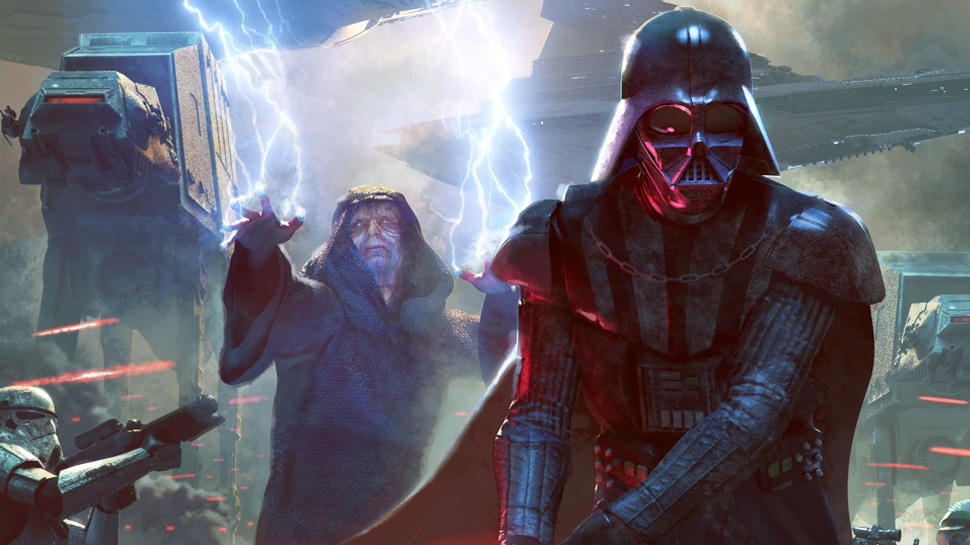 Lords of the Sith kicked off a much-needed trend of showing fans Darth Vader at the peak of his badass-ery. And while Rogue One: A Star Wars Story may have been the most prominent example of that, this book laid the groundwork. We get to see Vader teaming up with Emperor Palpatine, with the duo crash-landing in the jungles of Ryloth. During their time there, they demonstrate why exactly they’re two of the most terrifying characters in the Star Wars universe, making quick work of just about everything thrown their way. 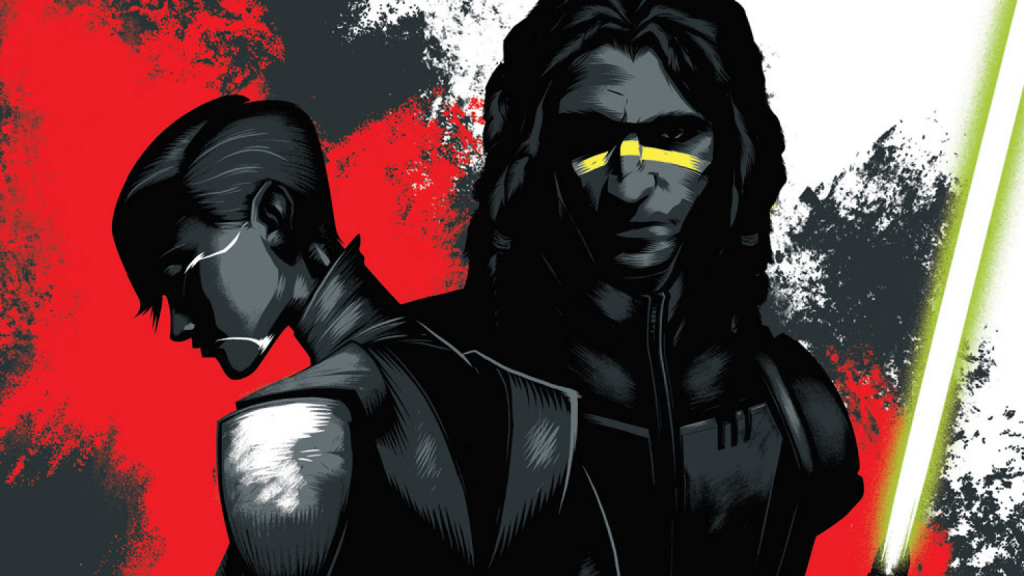 Dark Disciple takes us back to the height of the Clone Wars, telling the story of Asajj Ventress’ days in exile, after flaming out as Count Dooku’s apprentice. Enlisting the help of Jedi Knight Quinlan Vos, the duo embark on a mission to assassinate Dooku, taking Vos down a terrifying path to the Dark Side, and challenging Ventress’ fundamental world views. The novel was actually based an unused scripts from an eight-episode Star Wars: The Clone Wars arc, eventually set aside following the show’s cancellation. 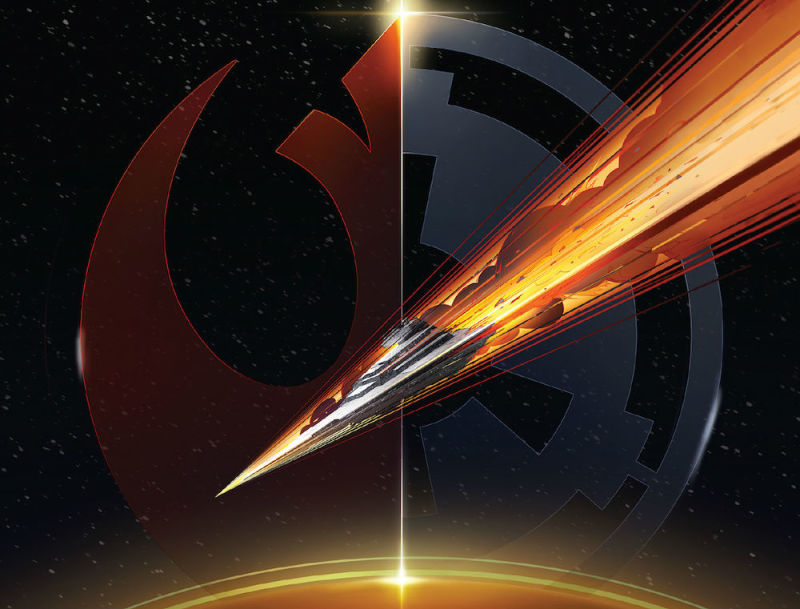 Lost Stars represents the Star Wars saga’s first foray into the world of young adult fiction. Even as a YA novel though, the story plays well to audiences of all ages. The story revolves around Thane and Ciena, two childhood friends who find themselves on opposite sides of a heartrending war. The former, disillusioned by the Empire’s brutal regime, joins the Rebel Alliance. The latter, fresh out of the Imperial Academy, fights to squash the Rebellion.

It’s your classic forbidden romance tale, as the two are forced to choose between their hearts and a sense of duty.

7. Aftermath: Journey to the Force Awakens

The first installment in Chuck Wendig’s Aftermath trilogy, Journey to the Force Awakens exists as a guidebook to the state of the galaxy following Return of the Jedi.

While its central story is about former Rebel pilot Norra Wexley and her son Snap (later played by Greg Grunberg in The Force Awakens), a mixed bag of brief vignettes give us a rich picture of how the galaxy is functioning after the destruction of the second Death Star. This all takes place while the scattered remnants of the Empire attempt to salvage what’s left of their influence, with a mysterious hand pulling the strings from the shadows. 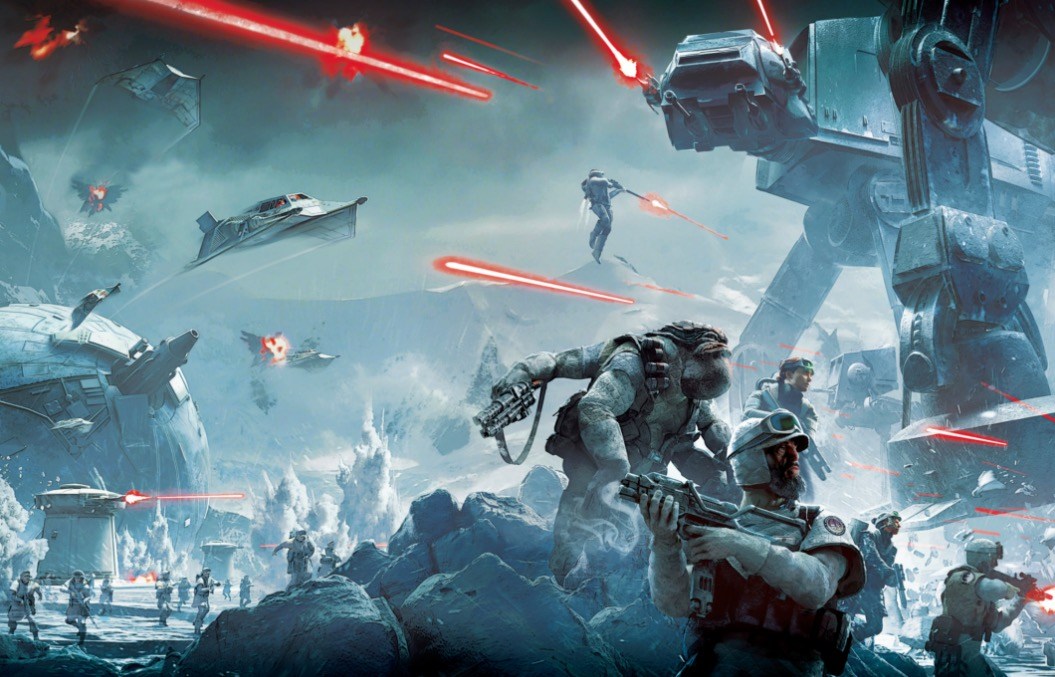 Released in tandem with the Battlefront video game, Twilight Company followed the 61st Mobile Infantry, a Rebel unit fighting deep in the trenches of the Galactic Civil War. The story picks up right as the Rebellion is forced into a galaxy-wide retreat. But as Twilight Company continues to fight tooth and nail against the Empire, they’re afforded the chance to strike at the heart of the Imperial war machine. Think Rogue One with a different collection of soldiers, and that’s essentially what we have here. 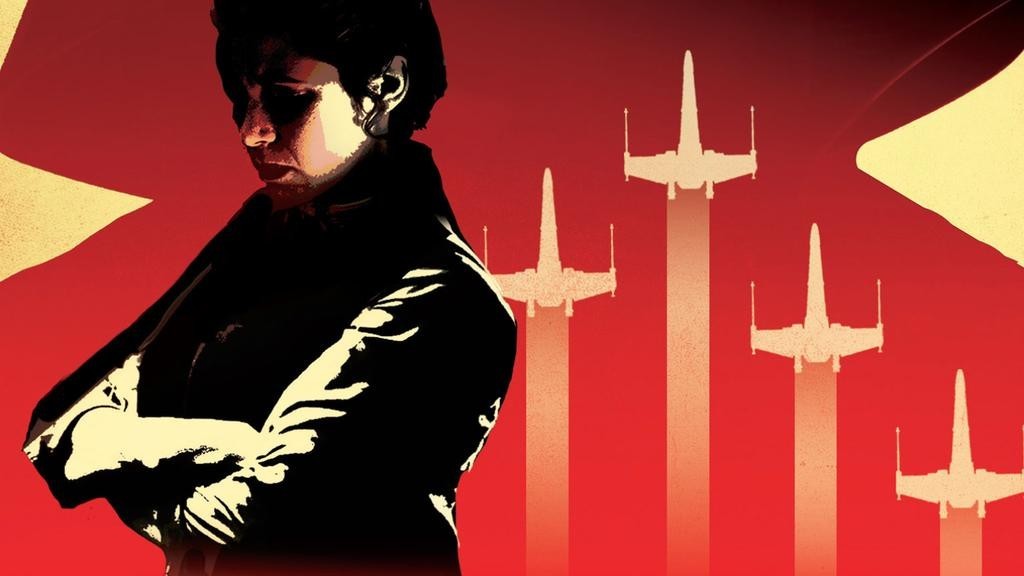 Of all the books released prior, none gave us as much insight into major events as Bloodline. The story dove headfirst into Leia Organa’s story just six years before the events of The Force Awakens. The book gives us a boatload of answers to some of our most burning questions too. Why didn’t Leia train under Luke to become a Jedi? How did the New Republic function in the wake of the Empire’s fall? When exactly did Ben Solo fall to the Dark Side and become Kylo Ren? All these and more are addressed, in a novel penned by Lost Stars author Claudia Grey. 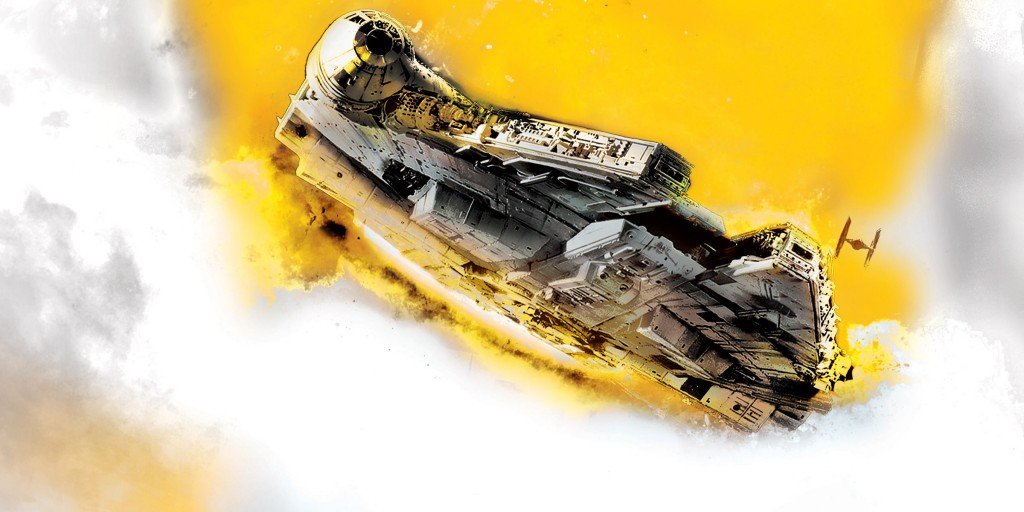 In the second chapter in the Aftermath trilogy, we once again check in on Norra and Snap Wexley, now both working with the fledgling New Republic. We get a much more diverse story all around in this novel though, including Han Solo’s mission to rescue Chewbacca and liberate the Wookiee homeworld of Kashyyyk.

This all occurs while Emperor Palpatine’s former protégé, Gallius Rax, works behind the scenes to breathe new life into the Empire, forming it in his own image (and giving us the strongest evidence concerning the true identity of Supreme Leader Snoke). 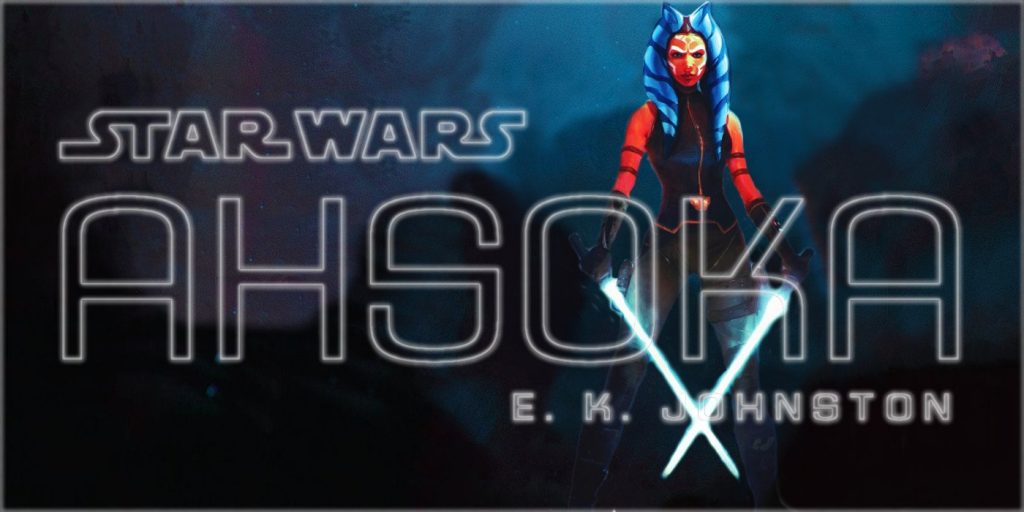 While the animated Clone Wars series was largely about the relationship between Anakin Skywalker and Obi-Wan Kenobi, Anakin’s young apprentice, Ahsoka Tano stole the show. It was the first chance we ever had to see the man who would later become Darth Vader truly be a teacher, forming a close personal bond with his first and only Padawan.

Ahsoka gives us a glimpse into what became of her after her mentor’s fall to the Dark Side, living in exile and doing what she can to avoid attention from the Empire.

12. Catalyst: A Rogue One Novel 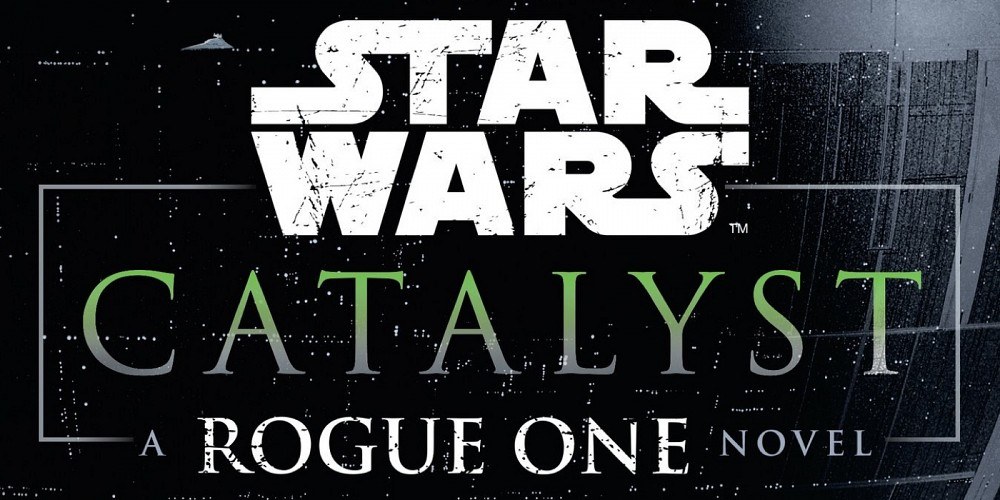 Catalyst acted as a direct companion novel to the Rogue One film, and was the first of its kind within the Star Wars canon. The book focuses on Galen Erso (Jyn’s father), a brilliant scientist and unknowing accomplice to Orson Krennic’s plan to build the Death Star into an ultimate weapon. As Galen begins to unravel Krennic’s plot, he’s forced to choose between his family’s safety, and the fate of the galaxy at large, all setting the stage for the events of Rogue One. 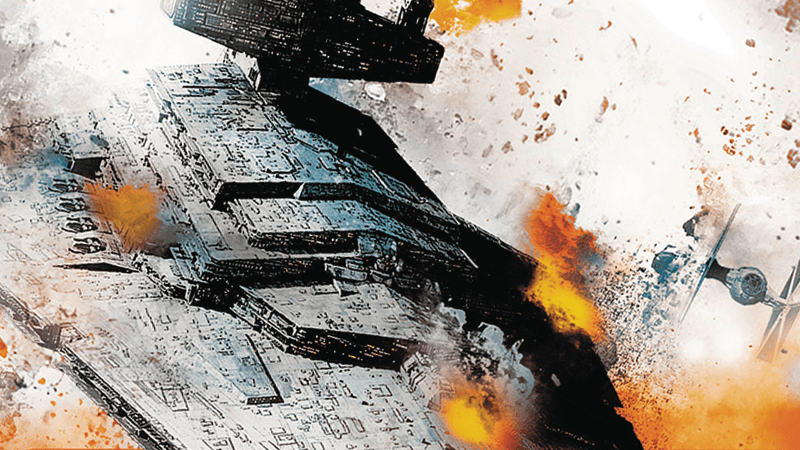 The Aftermath trilogy wraps up with Empire’s End, as the final remnants of Gallius Rax’s reformed Empire finally meets its end after the climactic Battle of Jakku. The intrigue goes far deeper than that too, with Life Debt having previously hinted at a secret hidden somewhere on Jakku, dating all the way back to Palpatine’s reign.

This all sets the stage for the rise of the First Order from the ashes of the Empire, but not before one last triumph for the New Republic.

There was a notable downside to Disney throwing the entire old Expanded Universe out as canon, as a handful of popular characters were doomed to obscurity in one fell stroke. That hasn’t stopped Lucasfilm from picking and choosing the best of the Legends universe, and returning them to the fold. Enter Grand Admiral Thrawn, the primary villain of the old EU, and driving force behind Timothy Zahn’s now-iconic trilogy of novels from the early-1990s.

Thrawn first reappeared in Season 3 of Star Wars Rebels, with the animated series acting as the herald to the brand new Thrawn novel releasing in April 2017. Zahn returns to pen the book too, setting us up to learn about the fearsome villain in a whole new context.

We’ve only been afforded a small handful of insights into the inner-workings of the Empire in the Expanded Universe, with most of the new novels focusing on Rebel heroes. Inferno Squad promises to change that, telling the story of an elite team of Imperial commandos tasked with dismantling what remains of Saw Gerrera’s guerrilla fighters, directly following the destruction of the first Death Star.