Guillermo del Toro’s ‘The Strain’ Is Heavy on Gore, Light on Story 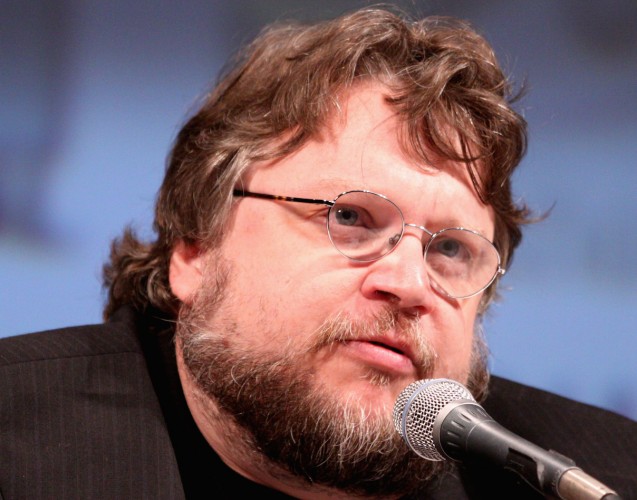 The Strain is about a virus that turns humans into vampires through the spread of parasitic capillary worms. Del Toro first envisioned the story as a television series, but when he didn’t get any takers for the project decided to pursue the story as a novel series with Chuck Hogan instead. “We started receiving offers for movies and TV rights after the publication of the first book but we didn’t want do anything because we didn’t want that train of thought to influence the way we were writing the books,” del Toro told Deadline back in 2012, after it was announced that FX had picked up a pilot for the series.

“Once the third book was published, we went back to every cable network that expressed interest, and we pitched the series,” del Toro continued. “FX made the most sense, based on the level of commitment, passion, and understanding of the concept of the book. They got behind the idea of making this a close-ended series; we wanted to follow the books closely and so it couldn’t be open-ended, but rather three to five seasons max.”

Critics are saying that the premiere episode will remind viewers of The Walking Dead, particularly because del Toro’s vampires are caused by an infectious disease, a story that’s usually used for zombies. Otherwise the vampires on The Strain are very different from the ones we’re familiar with, particularly since sex is out of the equation. They drink from a bizarre appendage that shoots out of their distended jaws and down the throat of their victims rather than via a sexy throat bite, and in the novels their sexual organs eventually atrophy and fall off since they don’t need them.

The cast is led by Corey Stoll (House of Cards, Midnight in Paris), who plays eccentric head of the CDC Ephraim Goodweather. The Shakespearean actor best known for playing Hogwarts janitor Argus Filch in the Harry Potter films. David Bradley is the vampire hunter and Holocaust survivor Abraham Setrakian. Mia Maestro (Motorcycle Diaries, Frida) is Nora Martinez, Goodweather’s coworker at the CDC with whom he is also attempting an office romance.

Coming from del Toro, the show looks great and is really creepy, but the first episode wasn’t enough to convince critics that the story is really there. “It’s pretty hokey,” said The Hollywood Reporter. “That’s in no way a knock on The Strain, which clearly puts entertainment value above gravitas, but it’s an important element if you blindly rely on FX to deliver things of heft, which most TV fans do.”

“Unfortunately, the pilot as a whole doesn’t have a lot going for it outside of its introduction of The Strain’s different take on the modern vampire. In fact, The Strain’s pilot may be quicker-paced than The Walking Dead, but syrup being faster than molasses doesn’t really make them all that much different,” said The A.V. Club.

The most exciting scene on the pilot was the autopsy examinations of a batch of bodies that had been infected by the virus on an airplane. Those gruesome, gory inspections were set to Neil Diamond’s “Sweet Caroline” and reveal the parasitic worms that carry the virus (also prominent in the show’s advertising.)

Meanwhile, del Toro is working on other projects including a small black-and-white film that he isn’t giving many details about, and the sequel to Pacific Rim. He plans to write and direct as many episodes of The Strain as his schedule allows.