After ‘Hamilton’: What’s Next For Lin-Manuel Miranda?

As the creator and star of Broadway’s smash hit show Hamilton, Lin-Manuel Miranda has had a pretty record year. Since its debut last August, the musical has earned universal critical acclaim and unprecedented ticket sales and took home 11 prizes at the 2016 Tony Awards, including Best Musical. But after a career-defining year, Miranda is moving on. The actor delivered his last performance in the titular role of the show on July 9 and is now turning his attention to other projects. So what’s next for the Broadway star?

While Miranda may not be headlining Hamilton anymore, that doesn’t mean he’s fading from the limelight anytime soon. The actor and composer is set to take on a slew of high-profile, new projects. Here’s what he has in the works.

Miranda co-wrote music and lyrics for Disney’s next big princess movie Moana. The anticipated animated flick will follow a once-mighty demigod (Dwayne Johnson) and a spirited teenager (Auli’i Cravalho) as they embark on an epic adventure across the ocean.

Miranda, who reportedly wrote songs for the movie between performances of Hamilton and had cast members sing the demos, says writing a Disney score has long been on his bucket list. “I wanted to do that since Sebastian started trying to convince Ariel that she should stay under the sea when I was nine years old,” Miranda told The AP, adding that fans only have to look at his son’s name to see his adoration for Disney musicals. “It’s no accident that his name is Sebastian.” 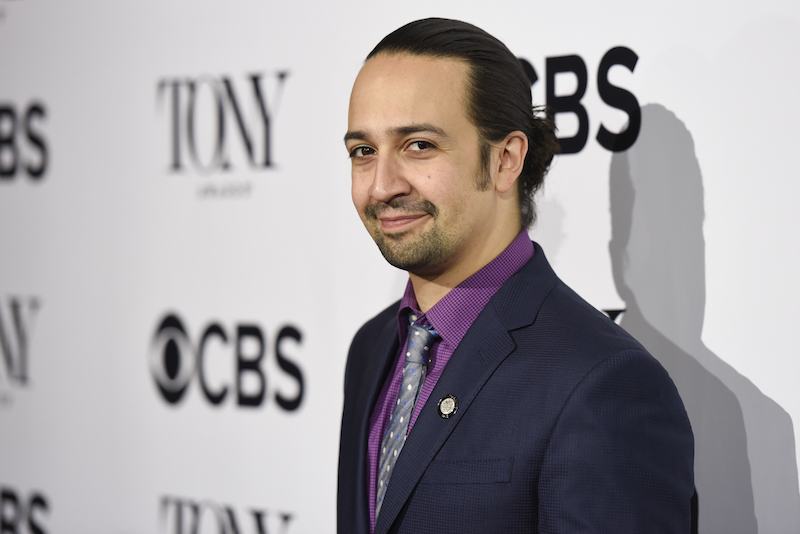 Miranda will star opposite Emily Blunt in Disney’s upcoming live-action sequel, Mary Poppins Returns. The movie is reportedly set in Depression-era London, 20 years after the first film, and will take story lines from P.L. Travers’ children’s books. While Blunt will star the eponymous nanny, Miranda will reportedly play a new character, a street lamplighter named Jack. The film, directed by Rob Marshall and written by David Magee, will kick off filming next year and is scheduled to premiere on December 25, 2018.

3. In the Heights movie

Prior to his days as Hamilton, Miranda also composed and starred in the Tony-award winning musical, In the Heights. Set in the Washington Heights neighborhood of Manhattan, the show centers on a bodega owner who has mixed feelings about closing his store and retiring to the Dominican Republic after inheriting his grandmother’s fortune.

Now, that story is headed to the big screen. In May, The Weinstein Co. picked up the rights for the film adaptation, which has no director in place yet. Miranda will serve as a producer and is expected to be heavily involved in the project.

Miranda is also working on producing a Hamilton mixtape, which will feature Sia, Chance the Rapper, Usher, Ben Folds, Busta Rhymes, and other musicians covering the musical’s songs and creating new tunes inspired by it.

“What we’re trying to do is basically get people at their most inspired, because, again, the ethos of the show was, I’m inspired by this story that has to be a hip-hop story, and I’m inspired to invoke the rap gods and R&B gods that I loved,” Miranda told Rolling Stone in June. “So now it’s about turning to those rap gods and heroes and saying, ‘What in the show inspires you? Go make something.’ And we’re not being very doctrinaire about it. Right now, and this could change because we’re still making tracks, but it’s about a 50-50 mix of covers and inspired-bys.”

The project, first announced last fall, will be released December 2, 2016.

This fall, PBS will unveil the 90-minute documentary, Hamilton’s America. The special is by Alex Horwitz, one of Miranda’s best friends who started filming the composer while he was writing Hamilton. “He’s got footage of me writing My Shot,” Miranda told the AP. “He’s gone on to get interviews with George W. Bush, the Obamas, Jimmy Fallon, Questlove.”

The documentary will also feature Miranda conducting sit-down interviews with theater icons Stephen Sondheim and John Weidman and a discussion with rapper Nas about writing lyrics. It will air on October 21. 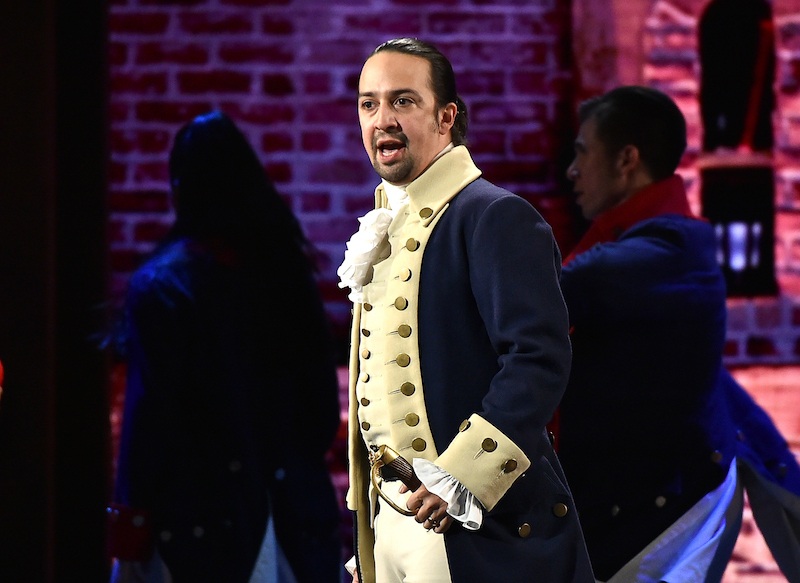 While Miranda may be leaving the show for now, he definitely plans on returning to the role at various points in the future. “For people who will say, ‘But I’ll never see Lin as Hamilton!’ — yes, you will,” Miranda told the AP in June. “I have written this insane part that I can’t seem to get tired of, that is new every night…I think this is a role I will be going back to again and again. I know it feels like the end of the world to a very small number of people now, but I plan to revisit this role a lot. ”

And that includes different cities. With the show set to open in Chicago in September, Miranda says he hasn’t ruled out showing up there himself. “I’d love to jump in, if only just for a day,” he said, per USA Today.