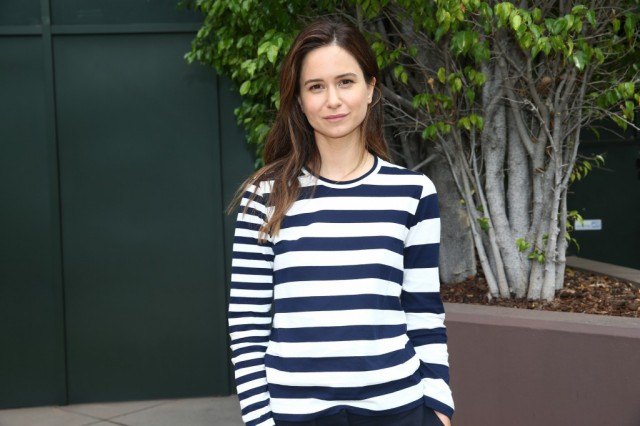 Fantastic Beasts and Where to Find Them has just found its leading lady. Katherine Waterston has been tapped to play the female lead opposite Eddie Redmayne in the upcoming Harry Potter spin-off.

Warner Bros. confirmed the news after several months of speculation over casting for the coveted role. Per The Wrap, Waterston, the daughter of actor Sam Waterston, will be playing the witch Porpetina, nicknamed Tina, who operates in the U.S. Tina meets Redmayne’s character, Newt Scamander, in New York City, while the latter is touring the country on a quest to document magical creatures around the world for his textbook. As fans of the J.K. Rowling book know, the two eventually end up getting married.

Waterston reportedly beat out a slew of other well-known actresses for the part, including Saiorse Ronan, Dakota Fanning, and Lili Simmons (True Detective). The gig comes as Waterston is experiencing a new rise in profile, thanks to a breakout supporting role in last year’s Inherent Vice. Her performance in the crime comedy-drama earned high critical praise and Best Supporting Actress nods at the Toronto Film Critics Association and Satellite Awards.

“Katherine Waterston is a rising star, who was a revelation in our film Inherent Vice, earning the praise of both critics and audiences,” Greg Silverman, Warner Bros.’ president of creative development, said in the announcement. “We are thrilled to have her back in the Warner Bros. family, especially in one of our most anticipated titles for 2016, Fantastic Beasts and Where to Find Them.”

The eagerly awaited movie is finally picking up speed after months of development. Redmayne’s casting was made official earlier this month. According to reports, the project is still looking to fill another main female role, that of Tina’s older sister, Queenie. A formal decision for that part is also expected to be announced soon.

Rowling will make her screenwriting debut with the project. Meanwhile, David Yates, who directed the last four Harry Potter films, will helm the film. David Heyman, who also worked on Harry Potter, is back as a producer, along with Rowling, Lionel Wigram, and Steve Kloves, who wrote seven of the eight-part Potter film franchise.

For Waterston, whose previous credits also include a guest role on the award-winning HBO series Boardwalk Empire and films like The Disappearance of Eleanor Rigby and Night Moves, Fantastic Beasts and Where to Find Them is perhaps her biggest role to date. Still, the actress has plenty of other notable projects in the works. She’s set to star in several high-profile films over the next year. She will portray Chrisann Brennan, Steve Jobs’ girlfriend, in the much-discussed Jobs biopic directed by Danny Boyle. She’ll also co-star with Elisabeth Moss in the upcoming psychological thriller Queen of Earth.

Fantastic Beasts is only the latest of Rowling’s work to get brought to screen. Aside from the Harry Potter franchise, the author’s first adult novel, Casual Vacancy, was also adapted into a BBC/HBO series earlier this year. The Cuckoo’s Calling and The Silkworm, the first two mystery books in her Cormoran Strike series written under the pseudonym Robert Galibrath, are also set to be turned into a show for the BBC.

Fantastic Beasts and Where to Find Them is slated to hit theaters in 3D and IMAX on November 18, 2016.