HBO and Elton John Are Taking Musical Dramas Back in Time 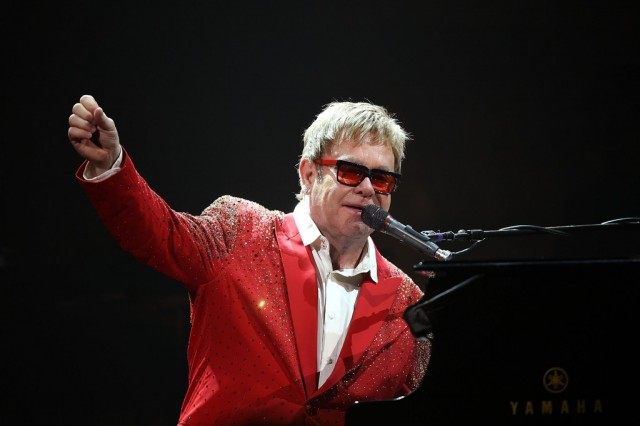 HBO plans to continue exploring the world of music, with a little help from Elton John. The network has given a pilot pickup to Virtuoso, a period drama about classical music produced by the famed singer and True Blood creator Alan Ball.

Set in 18th century Vienna, the developing series centers on a class of young talented musicians from all across Europe as they study at the prestigious Academy of Musical Excellence. Peter Macdissi, who had onscreen roles in Ball’s True Blood, is set to take on the lead role of acclaimed composer and teacher Antonio Salieri, who is appointed by Austria’s dying emperor to start the academy in his honor.

The series will follow Salieri as he teaches the group of musical prodigies, all of whom play different instruments and come from very different backgrounds. Actress Iva Babic co-stars as a Russian cello prodigy, while Lindsay Harris is set to portray a brilliant pianist. Former Skins star Nico Mirallegro will play a self-taught violin genius, while Francois Civil will portray a Spanish guitar and flute prodigy with no formal music training. The Imitation Game’s Alex Lawther has also been cast, as a Castrato prodigy who comes from a poor farming family in Florence but gets a full ride to the Academy thanks to his singing ability.

Per The Hollywood Reporter, Ball will write, executive produce, and direct Virtuoso. John and his husband, David Furnish, will produce alongside Macdissi. Production on the pilot is set to begin this spring in Budapest.

Virtuoso continues Ball’s longstanding relationship with HBO. Beyond adapting and executive producing True Blood for the entirety of its run, the prolific producer also worked on the network’s 2001-2005 drama Six Feet Under. He is currently continuing his duties on Banshee, which airs on HBO’s sibling network Cinemax.

The show comes just as scripted musical-themed series are returning to the spotlight. ABC country music drama Nashville is currently midway through its third season, while Fox’s new hip-hop drama Empire has proven to be an early hit; it has already been renewed for a second season. The CW has also recently jumped on the bandwagon, handing out a script commitment to a still-untitled series focusing on “the ever-evolving world of music, entertainment and social media.” Meanwhile, premium cabler Showtime is prepping its own rock-and-roll-themed series, Roadies, helmed by Cameron Crowe and starring Christina Hendricks and Luke Wilson.

For its part, HBO actually has more than one musical show in development. The network has already ordered to series a still-untitled 1970s rock ‘n’ roll drama from Martin Scorsese and Terrence Winter, and starring Bobby Cannavale. Also in the works is Living in Video, a developing comedy-drama from director David Fincher that will examine the burgeoning music video industry in 1983 Los Angeles.

Virtuoso is the latest to join HBO’s roster of developing series. As of now, its pilot slate includes Sarah Jessica Parker’s return entry to the network, the comedy Divorce, as well as the drama Laughs Unlimited and a newspaper comedy from Lorne Michaels. A half-hour comedy starring Sarah Silverman is also underway.