10 HBO Shows That Are Not Worth Watching

HBO is a giant among giants in the television world. From The Wire to The Sopranos to Game of Thrones, HBO has been at the forefront of TV’s golden age since the beginning. But even the best make mistakes. The cable network famously turned down shows like Breaking Bad, Mad Men, and The Walking Dead while certainly turning out its fair share of crummy shows. Here are 10 of HBO’s weakest series to date.

Putting True Blood on here might be asking for trouble, and its middle seasons certainly received their fare share of critical acclaim, but this is simply one of those shows that’s a product of its time. With the vampire craze finally losing traction, it’s difficult not to already see True Blood as something that’s indicative of a certain time and place rather than a series with lasting appeal. Will people ever appreciate True Blood the way viewers still appreciate shows like The Wire or The Sopranos? Absolutely not. Is it a well written and well acted series that capitalized successfully on a craze? Absolutely.

Louis C.K. finally hit it big on the television stage when his series, Louie premiered on FX in 2010, but he had to endure a setback when it came to his 2006 HBO series, Lucky Louie. Lasting only one season, Louis C.K. created, wrote, executive produced, and starred in the series which is pretty much the exact opposite of Louie when it comes to format. A first for HBO, the series’ style was molded after the Norman Lear sitcoms, using a multi-camera setup, laugh track, and live audience in order to satirize the classic sitcoms of the ’70s.

It all sounds pretty interesting, and to be fair it’s worth checking out for fans of Louis C.K. in general, but something about the show just didn’t click — and some critics absolutely eviscerated it. “Lucky Louie… [is] a show so vile, it makes you think the company’s arrogant ‘It’s Not TV — It’s HBO’ slogan isn’t a brag — it’s a threat.”

When True Detective‘s first season exploded onto the scene it felt like the beginning of something that would one day stand alongside the HBO greats. Instead, we got Season 2 and now a third season seems more and more unlikely by the day. It led at least one critic, Vinnie Mancuso of the New York Observer, to ask, “Is this season just a parody of last season, which already was kind of a parody of itself? Did I just write a line of Pizzolato-logue?”

True Detective‘s second season is a textbook example of a creative run amok. Famously, series creator Nic Pizzolatto has written every episode of True Detective alone, without the help of a writer’s room, and it’s clear what kind of problems arise when there’s no other strong creative voice. That other creative voice in the first season was Cary Fukunaga — who directed every episode and is a strong writer in his own right — and the second season made it clear the kind of influence the director had on the first season.

Stephen Merchant’s HBO series Hello Ladies seems like the perfect vehicle for the English actor from a distance, but the series just somehow lacked Merchant’s natural charm. The show follows Stuart Pritchard (Merchant) as an Englishman trying to find love in Los Angeles and failing miserably. But more often than not Hello Ladies felt like the breaking point in the trend of comedy based on extreme awkwardness and humiliation. “It’s as if Entourage had a nightmare,” writes The Washington Post’s Hank Stuever.

“Watching HBO’s surfing drama John From Cincinnati is like sitting through a bad play at a tiny experimental theater,” writes The Boston Globe’s Matthew Gilbert. He adds, “In short, if Gary Busey were a TV series, he would be [this].”

These are harsh words for the one-and-done series from Deadwood‘s David Milch, but it’s the kind of sentiment that definitely isn’t uncommon. John from Cincinnati has some interesting things going on in it — Milch is a talented writer after all — but the series’ obnoxious characters, directionless story, and overall air of pretension kept this from being the next big thing.

On the surface, Hung sounds like a great concept for a series. Ray Drecker (Thomas Jane) is a struggling high school teacher with money issues who decides to use his good looks and impressively large manhood to become a prostitute with the help of his friend Tanya (Jane Adams).

The first episode even had director Alexander Payne at the helm giving the show seemingly all the momentum it needed to become one of HBO’s flagship series. The problem is that despite all the interesting issues Hung could have explored, it got stuck in neutral and never seemed to push itself forward. Dorothy Rabinowitz of the Wall Street Journal explained it best when she wrote, “Hung remains, despite all efforts to inform it with larger meaning, trapped in being all about just what that title says.” 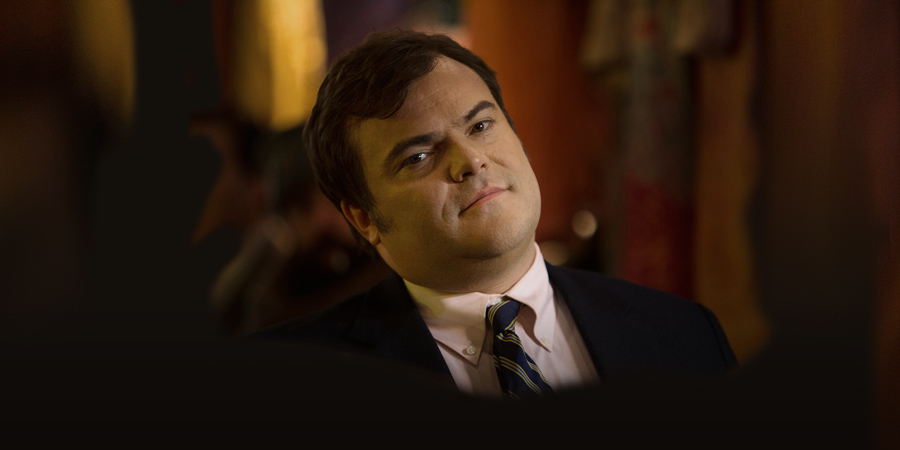 Another example of wasted potential, The Brink was created by Weeds-alum Roberto Benabib, and stars Jack Black and Tim Robbins in a comedy series revolving around the geopolitical crisis in Pakistan. With such a talented starring pair, how did The Brink go wrong? Well, it just wasn’t all that funny despite Black and Robbins’ best efforts.

“In terms of frittering around the edges of being worthwhile but not getting there, The Brink is aptly titled,” writes Variety’s Brian Lowry of the show’s missed possibilities. And while the series was briefly renewed by HBO during the first season’s run, the show’s response following its run pushed the network to reverse course and cancel after one season. 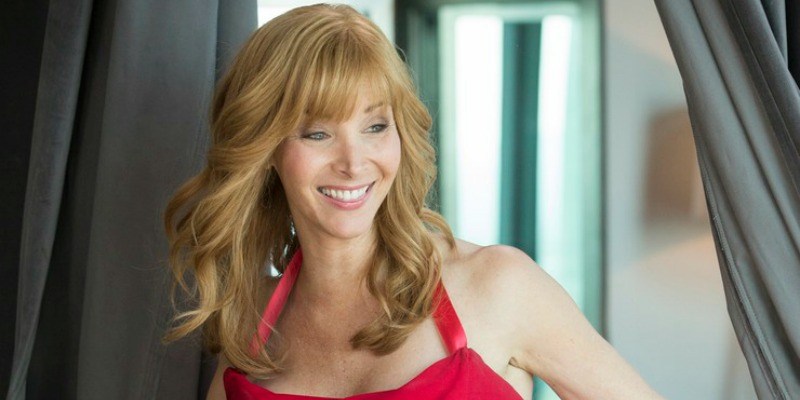 Lisa Kudrow was arguably one of the best actors on Friends so many are rooting for her return to television. However, The Comeback was too on the nose. The show had her playing a former A-list actress trying to revive her career through a reality TV show. The show got okay reviews from critics, but wasn’t a hit, lasting just two seasons. It’s tough to see Kudrow play a washed up actress even if it’s for laughs. Her few episodes on Unbreakable Kimmy Schmidt does her justice, unlike this project.

9. How to Make It in America 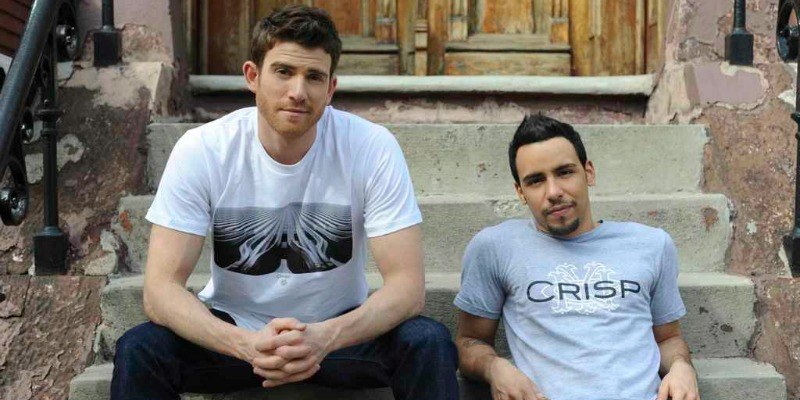 How to Make It in America | HBO

The show was often referred to as the New York version of Entourage. That definitely doesn’t bode well for How to Make It in America, since Entourage was ridiculed despite its popularity. The show is about a pair of young New Yorkers trying to make it in the fashion scene. It was able to get through two seasons before getting canceled. Many critics wrote it off as trying too hard to recapture the Entourage appeal. 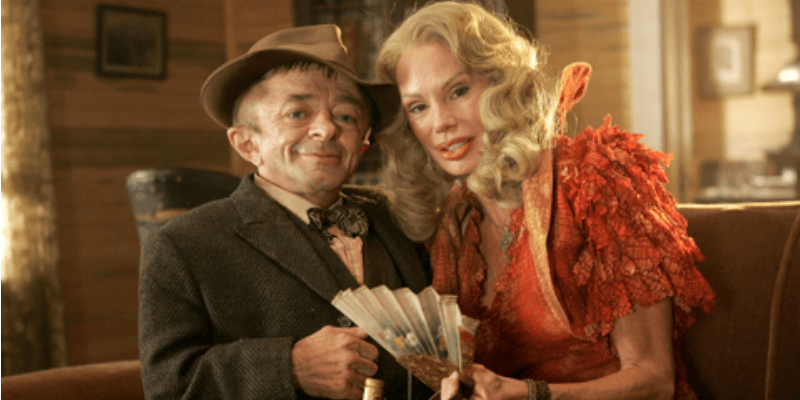 Carnivàle follows a young man with healing powers who joins a traveling carnival. The show is a mix of fantasy with aspects of history, as it takes place during the Great Depression. It’s at least an original idea, but many critics pointed out problems with its execution. The complex show only made it through two seasons, which isn’t enough time to flesh things out or make it a truly enjoyable series.