HBO’s ‘Battle of the Sexes’ Movie Has Competition 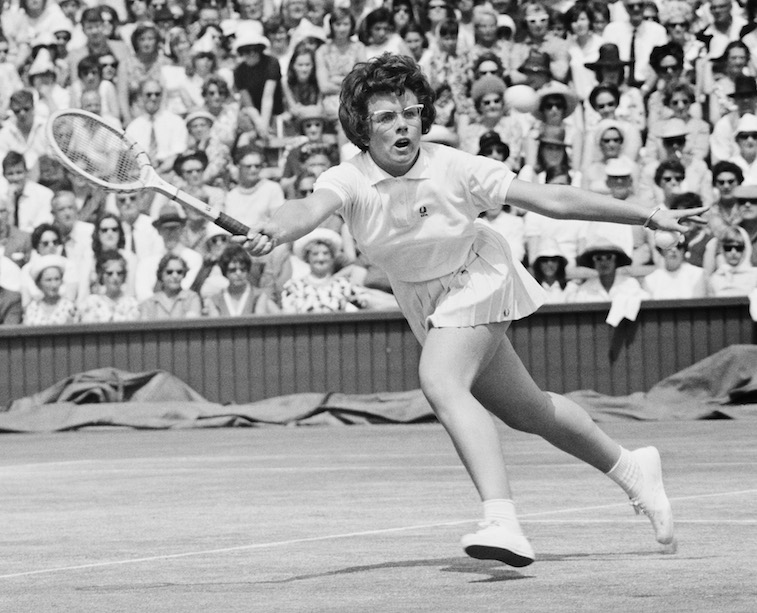 Last month, HBO announced that it is planning a TV movie telling the story of the famous “Battle of the Sexes” tennis match, in which 29-year-old tennis player Billie Jean King beat former Wimbledon champion Bobby Riggs in a match that gained the best TV ratings since the moon landing. Now it looks like HBO is going to face some competition to get this story to the screen, as Deadline reports Fox Searchlight has lined up its own impressive team to make a movie version of the most famous tennis match in history as well.

According to Deadline, Fox has nabbed Emma Stone to star as Billie Jean King and Steve Carell to play Bobby Riggs. Both actors are just coming off Oscar nominations, Stone for Best Picture winner Birdman and Carell for his career-changing performance in Foxcatcher. As if that wasn’t impressive enough, Simon Beaufoy, who worked on 127 Hours and Slumdog Millionaire, wrote the script in full cooperation with King. Jonathan Dayton and Valerie Faris, who worked together on Little Miss Sunshine, will direct the film in a similar dramedy vein.

The historic tennis match was considered a major feminist victory when King beat Riggs in front of an audience of 100 million television viewers in 1973. The 55-year-old Riggs had defeated another female tennis player, Margaret Court, in a previous “Battle of the Sexes” match. After Riggs began putting down Court and other female players, King felt she had to take on his challenge.

“I thought it would set us back 50 years if I didn’t win that match,” King once memorably said to ESPN about the match. “It would ruin the women’s tour and affect all women’s self esteem.”

This will be a timely story to tell come 2016, when Fox’s project is expected to be released. The question of gender equality and how far the feminist movement has come will be on people’s minds as Hillary Clinton runs for President.

HBO and Fox aren’t the only ones with the idea in mind to bring this story to the screen. Chernin Entertainment also has a rival project in the works, called Match Maker, with Will Ferrell attached to play Riggs. This will probably end up being a battle of speed, as whoever gets this to the screen first will have caught people’s attention first, and audiences likely aren’t going to have the appetite for three different takes on the story.

The other two are going to have a hard time competing with Fox’s project, given the pedigree of the players involved. Carell had great success working with Dayton and Faris on Little Miss Sunshine and is at a career peak right now, as Foxcatcher showed he can handle serious roles; Stone’s performance in Birdman made her one of the most wanted actresses in Hollywood.

They’re planning to do this in the vein of Little Miss Sunshine, with comedy and drama in a quirky and warmhearted way. That 2006 film won two Oscars, one for Best Original Screenplay and the other for Best Supporting Actor for Alan Arkin’s performance. That premise sounds like it will be a hard one to beat.