HBO’s Twitter and Facebook accounts were taken over by hackers Wednesday night. The collective of hackers responsible, called OurMine, scolded HBO for its lax security, according to Rolling Stone. The group tweeted from HBO’s Twitter account, “Hi, OurMine are here, we are just testing your security, HBO team please contact us to upgrade the security.”

The group posted the same message on the “Game of Thrones” Facebook page along with the note, “let’s make #HBOHacked trending!” The group also took over other HBO shows’ social media accounts, including “Veep,” “Last Week Tonight,” “Silicon Valley,” and “Ballers.” The posts were deleted by HBO soon after they appeared.

A participant checks a circuit board at a computer hacker conference. | Adam Berry/Getty Images

OurMine has been around since 2014 and purports to be a “white hat” group which points out its victims’ security system vulnerabilities, as reported by The Daily Beast, who also mentions the group has targeted BuzzFeed, YouTube and Wikipedia.

In late July, anonymous hackers, referring to themselves as “Mr. Smith,” told media outlets they had stolen 1.5 terabytes of data from HBO, reported The Daily Beast. The group has demanded $7.5 million from HBO. The hackers have reportedly been offered – and have rebuffed — $250,000 from HBO to quit their campaign.

The “Mr. Smith” hackers to date have leaked HBO television scripts, emails from executives, and unaired episodes of shows, including three “Game of Thrones” episodes, two episodes of “Insecure,” and two “Curb Your Enthusiasm” episodes.

Incidentally, across Europe HBO accidentally aired next Sunday’s episode of “Game of Thrones” Wednesday night. This episode shown was Season 7, Episode 6. It was then illegally distributed around the globe. This airing incident does not appear to have been hacker-related. 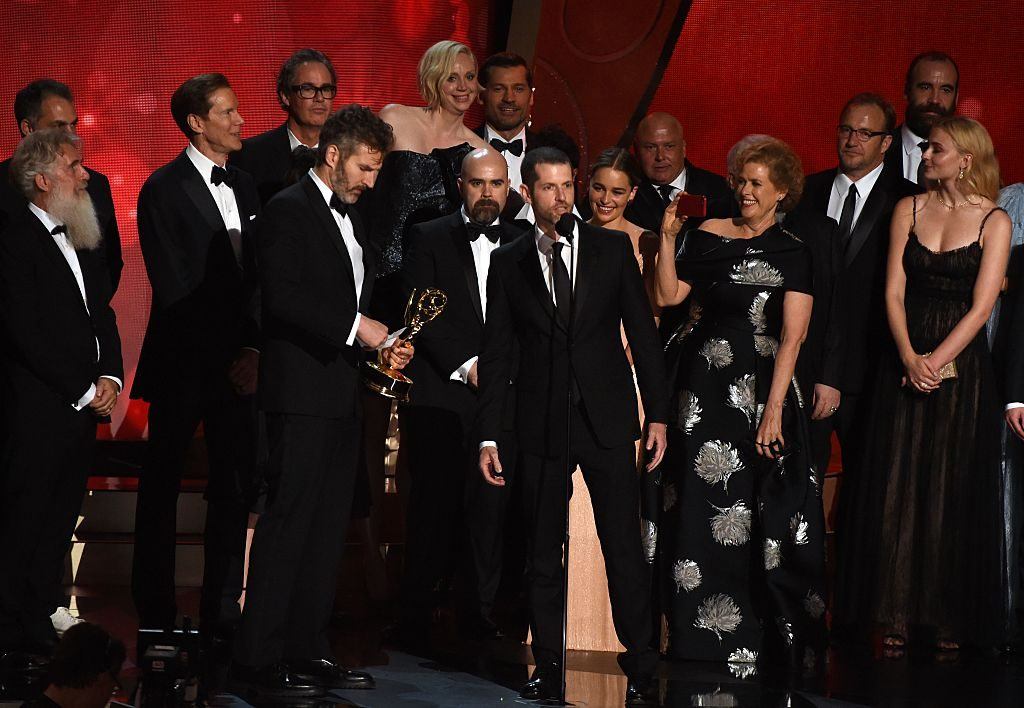 Writer/producers, cast and crew accept the award for Outstanding Drama Series for “Game of Thrones” in Sept. 2016. | Valerie Macon/AFP/Getty Images

“We have learned that the upcoming episode of Game of Thrones was accidentally posted for a brief time on the HBO Nordic and HBO España platforms,” HBO confirmed in a statement, as reported by Entertainment Weekly. “The error appears to have originated with a third party vendor and the episode was removed as soon as it was recognized.  This is not connected to the recent cyber incident at HBO in the U.S.”