Heather Lind Says George H.W. Bush Groped Her as This Photo Was Taken

Actress Heather Lind has accused former President George H.W. Bush of groping her while they were taking a photo at an event in 2014.

In an Instagram post that has since been deleted, Lind referenced a photo of Barack Obama shaking George H.W. Bush’s hand at a recent benefit and said that when she was taking a similar picture with Bush a few years ago, he inappropriately grabbed her.

“He didn’t shake my hand,” Lind wrote. “He touched me from behind from his wheelchair with his wife Barbara Bush by his side. He told me a dirty joke. And then, all the while being photographed, touched me again. Barbara rolled her eyes as if to say ‘not again.'”

The photo in question was taken on Mar. 29, 2014, when the cast and crew of Turn: Washington’s Spies hosted a private screening in Houston, Texas. The photos are still available on AMC’s website. Lind is seen with Bush in three photos, but this is the only one where she’s standing directly next to him. Lind alleges that Bush was actually grabbing her as he was being photographed, though it’s unclear if that’s the case in the picture that ended up being used. 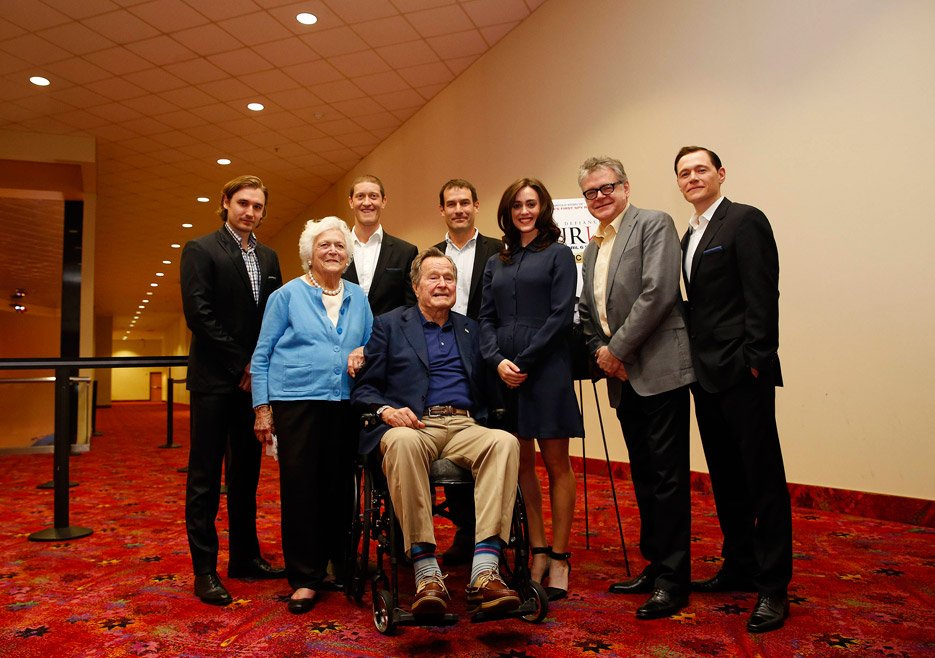 Heather Lind and the rest of the team behind Turn: Washington’s Spies take a photo with George H.W. Bush. | Aaon M. Sprecher/Invision for AMC/AP Images 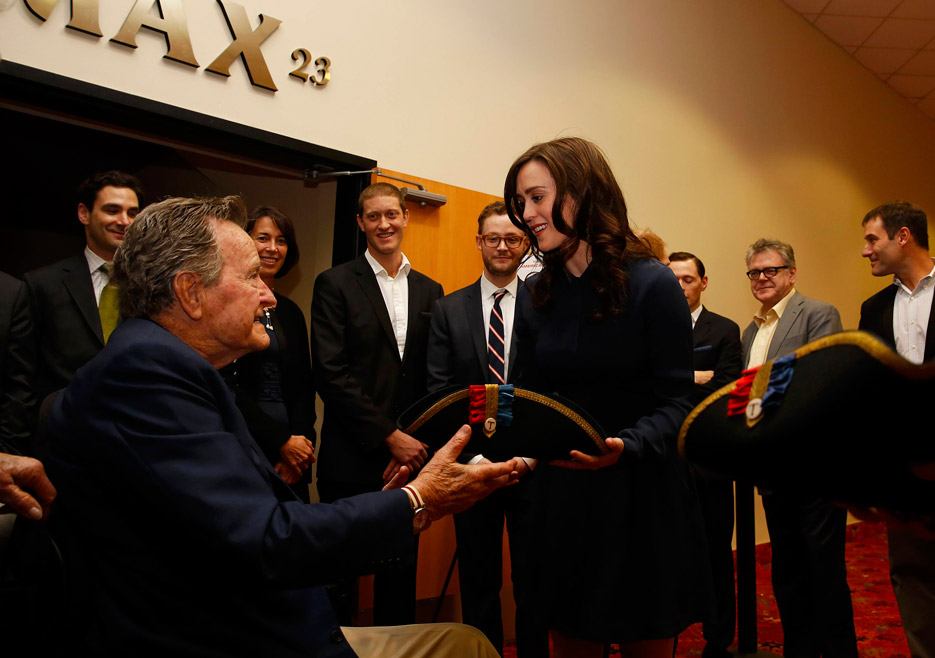 A third photo shows Lind with Bush but with actor Seth Numrich standing in between them. 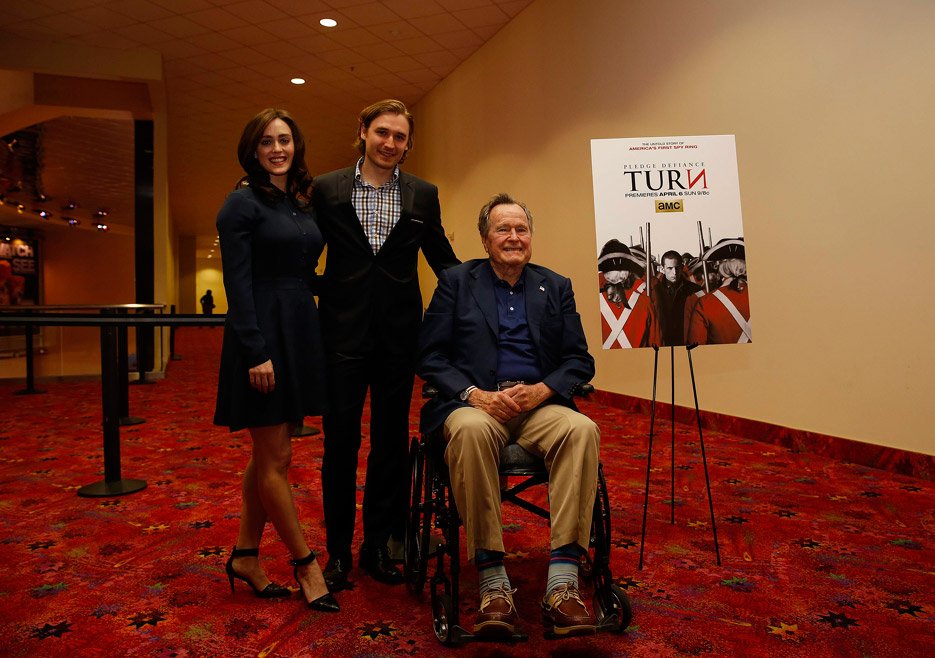 A spokesman for George H.W. Bush has already responded to Heather Lind’s claim, not denying the account but saying that the former president was trying to be funny.

“President Bush would never — under any circumstance — intentionally cause anyone distress, and he most sincerely apologizes if his attempt at humor offended Ms. Lind,” the spokesman said, according to Newsweek.

Lind alleges in her Instagram post that after the event had ended, the former president’s security told her that she should not have stood next to him. She also says that she told her Turn co-stars about the incident when it occurred.

“My fellow cast-mates and producers helped me that day and continue to support me,” she wrote. “I am grateful for the bravery of other women who have spoken up and written about their experiences.”

She added that former presidents should receive respect, but only until they do something to forfeit that respect as she alleges Bush did.

“We were instructed to call him Mr. President,” she wrote. “It seems to me a President’s power is in his or her capacity to enact positive change, actually help people, and serve as a symbol of our democracy. He relinquished that power when he used it against me and, judging from the comments of those around him, countless other women before me.”

Lind concluded with #metoo, a hashtag used by women who have experienced sexual harassment.