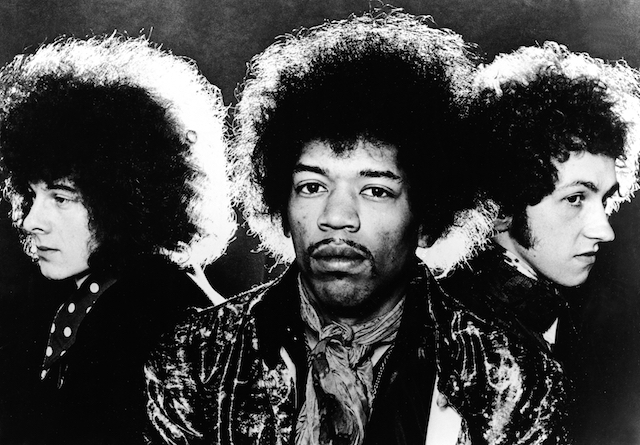 After several years in development, the official Jimi Hendrix biopic from Legendary Pictures is finally moving forward. The production company has reportedly reached an agreement with Hendrix’s estate, Experience Hendrix, to create what it hopes will be the ultimate film on one of the most iconic musicians in history.

According to Deadline, director Paul Greengrass (Captain Phillips, The Bourne Identity) is in negotiations to helm the biographical flick. The filmmaker has actually been attached to the project for quite some time. He and Legendary Picture’s Thomas Tull first approached Experience Hendrix with a script from Max Borenstein four years ago, but the two parties were unable to come to an agreement. The filmmakers, who had even begun conversations with star Anthony Mackie to play Hendrix, had the option of moving forward without the estate’s approval, but decided against it and ended up halting work on the project altogether. That patience paid off — the latest iteration of Legendary’s film will have full cooperation from the estate.

This time around, the company has recruited Scott Silver to pen the script. Silver has experience bringing real-life stories to screen. He previously wrote the screenplays for 2002’s music-themed biopic 8 Mile, and 2010’s biographical sports drama The Fighter. Meanwhile, Tull, Jon Jashni, John McDermott, Peter Afterman, and Janie Hendrix will produce, with Jillian Share and Josh Bratman on board as executive producers.

The developing film will be the second recent Hendrix biopic to hit the big screen. Unlike Greengrass and Legendary Pictures, Oscar-winning 12 Years A Slave scribe John Ridley chose to move forward with his own Hendrix project without permission from the estate. He wrote and directed last year’s Jimi: All Is By My Side, starring André Benjamin (pictured above). Without access to Hendrix’s actual album recordings, the film mainly focused on the musician’s career pre-stardom. But the lack of Hendrix’s famous music seemed to hurt the film, which only grossed a disappointing domestic total of $323,000.

Having waited for cooperation from Hendrix’s estate, moviegoers can expect Greengrass’s movie to have a more authentic spin. With permission from Experience Hendrix, the filmmakers will be able to incorporate Hendrix’s best-known songs, from Purple Haze to Foxy Lady, into the project. As fans know, Hendrix only recorded four albums, including three studio albums with the Jimi Hendrix Experience and one live set with Band of Gypsys, before his tragic death in 1970.

There is no word yet on who they’ll tape to take on the role of the legendary rock star. Since this version is reportedly starting over from scratch , it’s unclear whether Mackie, who is currently appearing in Avengers: Age Of Ultron, is still being considered a top contender or if the filmmakers are exploring new options. Even if Mackie is still a favorite, there’s also the matter of whether the project will fit into the actor’s busy schedule. In addition to his Marvel projects, he’s already set to play Jesse Owens in another high-profile biopic.

Regardless of who takes on the part, the film will clearly be an ambitious project for Legendary. Per Deadline, the film is a high priority for the company now that an agreement with Experience Hendrix has been struck and is expected to be a “big scale studio picture.”

This isn’t the first rock-themed project from producer Tull. He also helped finance 2008’s documentary It Might Get Loud, which documents the recording styles of guitarists Jimmy Page, The Edge, and Jack White. It’s still unclear what the projected timeline for the Hendrix film is. Greengrass is currently working on a new installment of The Bourne Identity with Matt Damon, scheduled for next year.