Julia Roberts talked turning 50 in the upcoming November issue of Harper’s Bazaar U.K. and her preference for not looking back. The actress celebrates the milestone birthday Oct. 28. 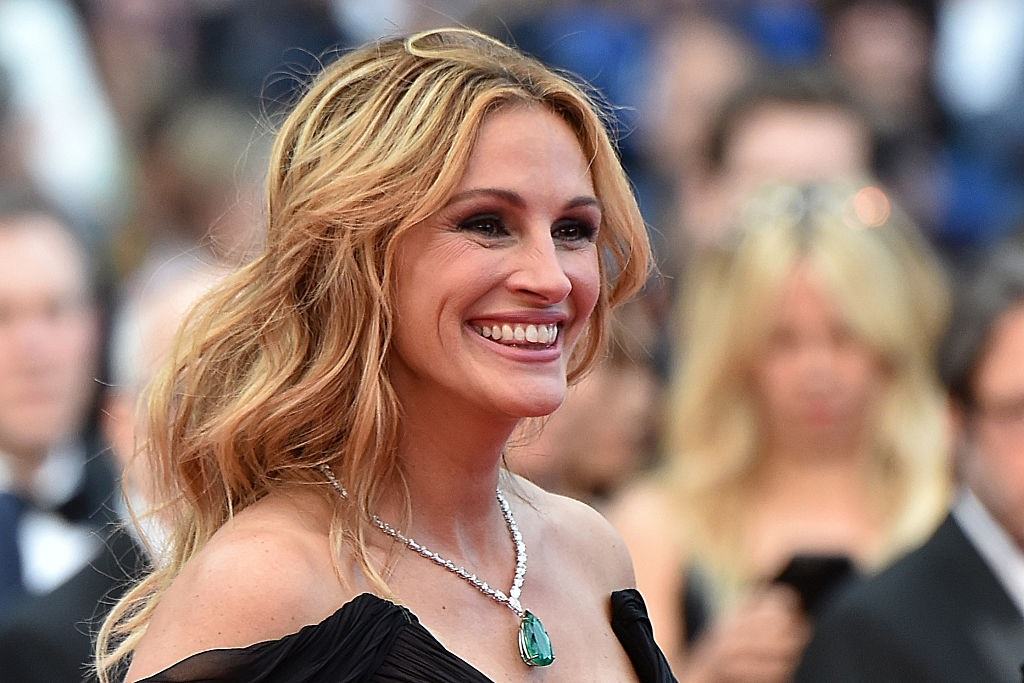 Actress Julia Roberts smiles on May 12, 2016 as she arrives for the screening of the film “Money Monster” at the 69th Cannes Film Festival in southern France. | Alberto Pizzoli/AFP/Getty Images

“Too much thinking and pondering, it’s exhausting me. Because we’re still moving forward, aren’t we?” the actress answered, when asked about turning 50 and preferring to look ahead rather than back.

On Wednesday, Harper’s Bazaar U.K. released a preview of the interview, which will be available in full when the magazine hits newsstands Oct. 6. Included were Roberts’ thoughts on turning 50. Also featured were her comments on what she was like when younger (“a selfish little brat running around making films”) and how she changed after meeting husband Danny Moder (“When I think about what makes my life my life, and makes sense and just shines inside of me, it’s him.”).

The Pretty Woman actress has provided her thoughts on aging in previous interviews as well. When asked in 2014 about the thought of cover-girl years coming to a close, Roberts spoke of a peer group that helps her.

“I have this older female peer group now, and among them are women who just shine and have this spark,” said the actress, who has made People magazine’s 50 Most Beautiful People list 11 times. “They radiate a kind of beauty that’s not contrived in any way, but comes from understanding who they are and what their purpose is. That is true beauty and it’s something I strive for.”

In 2014, Roberts, made headlines when she said in an interview she was choosing not to have plastic surgery. “By Hollywood standards, I guess I’ve already taken a big risk in not having had a facelift, but I’ve told Lancome that I want to be an ageing model – so they have to keep me for at least five more years until I’m over 50.” she told You magazine.

The Erin Brockovich star was referring to her role as the face of the brand’s perfume La Vie Est Belle.