Prince Charles and Camilla Parker Bowles have had quite the relationship. They started dating back in 1971 — 10 years before Charles proposed to and married Diana Spencer. However, Charles and and Princess Diana had far from a perfect marriage, and they both ended up cheating on each other.

Charles’ most infamous affair was with none other than Parker Bowles, who he allegedly reconnected with in 1986. Charles and Diana separated in 1992, and their divorce was finalized in 1996 (which ended up being one year before Diana’s tragic death in a Paris car accident).

So since Charles and Parker Bowles officially became a couple and tied the knot in 2005, it’s no surprise that they’ve been careful with their behavior in the public eye. They’ve refrained from being particularly affectionate — though according to body language expert Tonya Reiman, they’re still sending messages about their relationship in different ways.

Clearly, Charles and Parker Bowles are crazy about each other. Reiman can’t help but notice that in this photo of their 2009 Canada visit, they’re totally connected in a more subtle way. “Here, [we] see the couple in close contact, sharing an intimate moment,” Reiman claimed. “The expressions on their face are neutral, so no [matter] what information is being shared, the mere fact that they are willing to get this close both with [their] upper bodies and faces, expresses a healthy relationship.”

“In addition, note how both have their hands in their laps, both are either leaning or orienting their bodies to the other, both have the same leg position,” she added. “These two are closely mirroring one another and appear to have a healthy relationship.”

Fast forward to a trip to Colombia in 2014, and Charles and Parker Bowles are still feeling the connection. Reiman explained of this photo, “Although they are not in direct sync, they are in crossover sync (her right leg and his left leg are moving simultaneously), allowing them to keep step with one another. This is a good sign of a healthy relationship. In addition, she is holding Charles’ arm. Typically, this indicates that she depends on him and feels protected.”

“Other than the couple looking in opposite directions, this is a photo of two people who have a good relationship,” Reiman added. 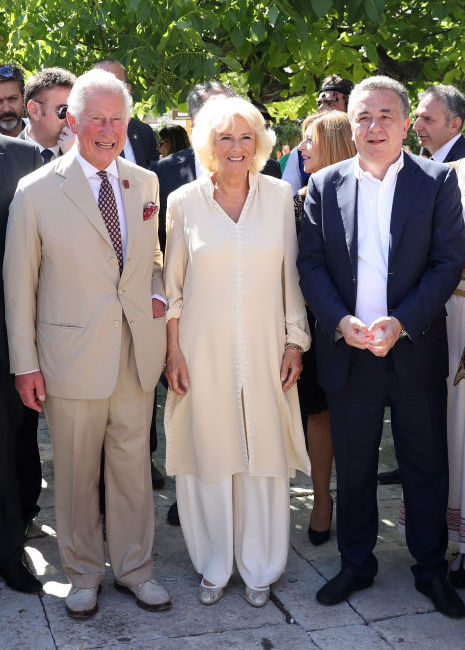 After all these years, it’s no surprise to learn Charles and Parker Bowles are totally comfortable around each other. “In this photo, we see a comfortable couple,” according to Reiman. “Charles is leaning towards [Camilla] with both his body and his left foot … She is leaning towards him and her feet are pointing in his direction, indicating a close proximity comfort. They are both smiling and the smiles appear genuine with cheeks and eyes somewhat raised.”

They’re in love now more than ever

Now that Charles and Parker Bowles’ relationship is free of scandal, they seem to be more in love than they’ve ever been before. A correspondent revealed, “She’s made a massive difference in him. He’s much more relaxed now. They are always laughing and chatting, they have great affection and humor between them.”

Royal photographer Alexi Lubomirski also noted, “You feel like they are a young couple in love. As soon as they looked at each other, there was a sparkle in their eyes — that’s when the magic happened.”