The Obama family called the White House home for eight years. It’s where Barack and Michelle Obama raised their daughters, carried out meaningful work, and left their stamp on history. Then, in 2017, they moved into a new set of digs. And my, how things have changed. But do you know how?

Read on to learn why the former POTUS and former FLOTUS have been loving life ever since they left 1600 Pennsylvania Avenue, including an exciting creative deal (page 7).

They’re thrilled to be a part of civilian life again 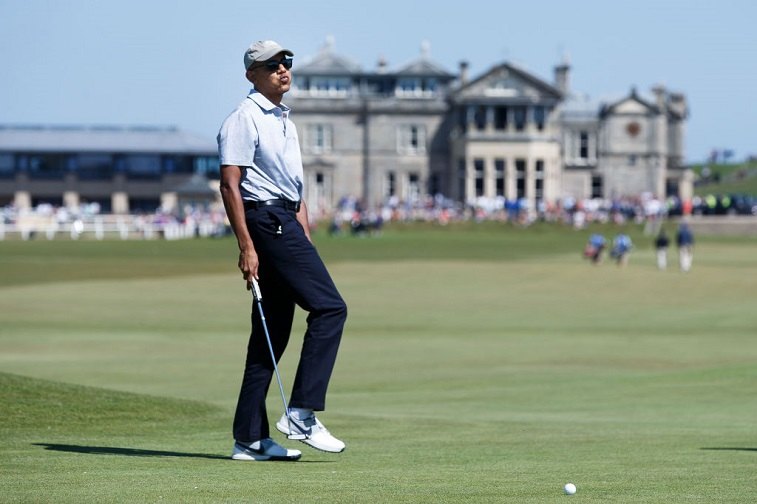 Barack Obama and golf. Michelle Obama and SoulCycle. Turns out, post-presidential life sounds pretty alright. And they’ve never looked back. According to Valerie Jarrett, Obama’s senior adviser while he was in office, Barack “doesn’t spend any time at all wishing he were back in the Oval Office.” And we don’t blame him.

Since they left the White House, the Obamas have loved doing … regular people stuff. Imagine that! (Barack even reported for jury duty in November 2017.) In August 2017, Malia Obama began her freshman year at Harvard, a milestone over which her father sobbed (such a dad move). As for their whereabouts, the Obamas remained in Washington, D.C. so Sasha could finish out her schooling at Sidwell Friends.

Next: Still so in love They finally have time to be a (relatively) normal couple. | Barack Obama via YouTube

There’s no question Barack and Michelle are a perfect match. Throughout their time in office, we got to witness their love, respect, and loyalty for one another. It was, and still is, a beautiful thing. And now that they’re free of pressing presidential duties, it seems they have a bit more time to spend together.

“[Barack] is very much enjoying the new chapter of his life, and he’s had a chance to spend real quality time with Mrs. Obama and his family,” Jarrett told NBC News. They’ve been loving life at home and on the go, which brings us to our next point.

Next: They make your vacation look like child’s play. 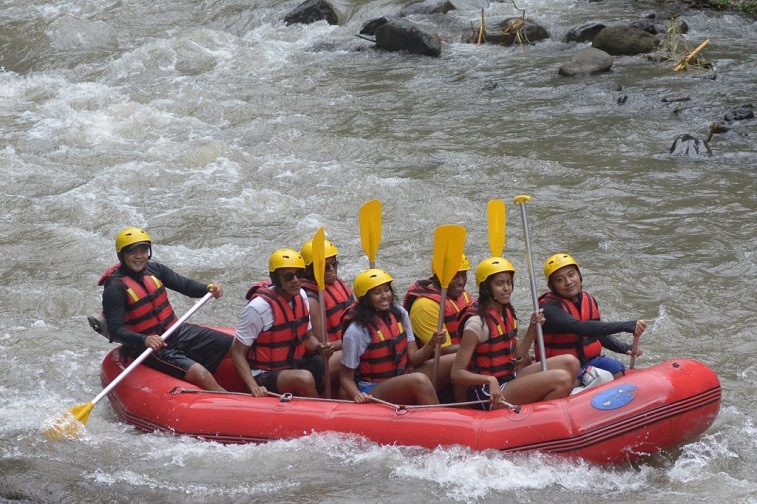 Any hard-working individual is deserving of a good vacation. Perhaps no one appreciates it more than the former president and first lady. And boy, have they earned it. During an appearance on The Ellen DeGeneres Show in February 2018, Michelle said, “The girls are good, Barack is working, we’ve got projects going, so we’re staying busy and traveling. We’ve had some fun.” One look at their vacation life, and you’ll understand why.

For starters, Barack dipped his toes back in the good life during a February 2017 trip to the British Virgin Islands. From kite-surfing to soaking up the sun with Richard Branson, photos of the private-island getaway were all we needed to, once again, have hope.

Factor in family time in the Tuscan countryside and a trip to Indonesia — complete with family rafting — and we’d say the Obamas are doing just fine. Oh, and Barack and Michelle also toured the French Polynesian on a mega-yacht with pals Oprah Winfrey, Tom Hanks, and Rita Wilson. So there’s that.

Next: A little R&R does the body good. We doubt they spent much time with their feet in the sand during his presidency. | Michelle Obama via Instagram

Turns out, there’s not too much going on in life post-presidency, Michelle said during Ellen. (Except, of course, all the things they are doing. But compared to life at the White House, it must not be much.)

While both Barack and Michelle enjoy public speaking and cause-worthy events, it’s no longer all-consuming. “I wake up when I want to wake up,” Michelle said. The same goes for Barack. And we can’t blame them, because they deserve it.

Next: Nothing will slow them down.

They have more time for the work they love 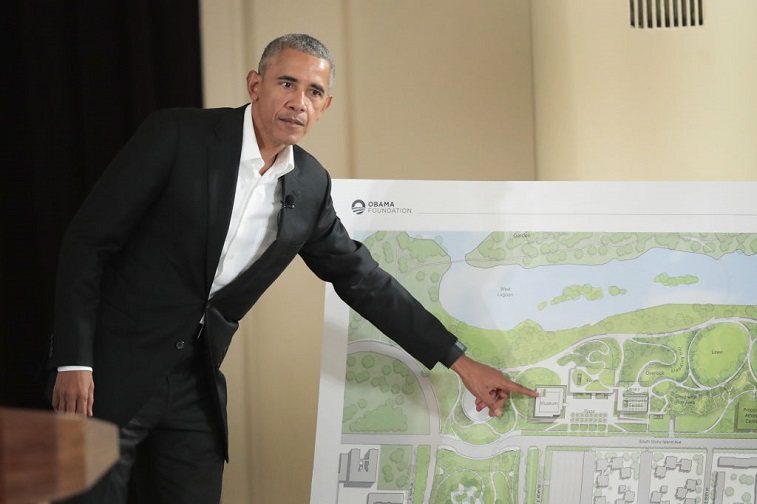 Obama is passionate about this project. | Scott Olson/Getty Images

Despite their first year out of office being filled with exotic vacations and lots of R&R, the Obamas are still the same passionate people they’ve always been. They’re still dedicated to public service and are committed to helping others. That said, it’s no surprise they’ve put their free time to good use.

For starters, they announced design plans for the Obama Presidential Center in May 2017. Located in the Jackson Park neighborhood of Chicago’s South Side, the center will be a presidential library and also a place dedicated to the training of young leaders.

Next: Here’s where they went when they left the White House.

They’re living in a dream house

Not too shabby, is it? | Washington Fine Properties, LLC via YouTube

One might think any residence would be a downgrade from the White House. But after seeing the Obamas’ new digs, we’re not so sure. Their stunning home is located down the street from the White House (so Sasha didn’t have to transfer schools), and is the stuff of too-good-to-be-true dreams.

Look beyond the gorgeous interior, though, and you’ll find the same people who once lived at the White House. As Michelle eloquently explains, home is where you make it. “We were in the White House for eight years, but it wasn’t the house, it was us in it,” she said on Ellen. “It was our value and our love for each other. We just moved that to another house.”

No word on whether they’ve befriended one of their famous, nearby neighbors, Ivanka Trump.

Next: Back on television

The Obamas are stretching their creative wings, now that they have the time. They signed a multi-year deal with Netflix to produce a variety of content. Netflix announced the partnership could potentially include “scripted series, unscripted series, docu-series, documentaries and features.”

Michelle Obama emphasized the “power of storytelling to inspire us, to make us think differently about the world around us, and to help us open our minds and hearts to others.”

Next: How interesting has your life been? Live in the White House, write a memoir. It’s nothing new, but it certainly has a spot on this list. While the Obamas pen their very own books, we’re not sure how much they’ll get paid. Do they need the money? No, but it never hurts.

And quite frankly, tens of millions of dollars would make anyone love life. Or so we assume. So, here’s to you, Barack and Michelle Obama, and cheers to living your best life, always!