When Kate Middleton and Meghan Markle step out in public, they’re almost always dressed pretty conservatively. That especially goes for Middleton, considering she has to follow royal protocol more strictly in preparation for one day becoming queen. Markle has definitely been less afraid to bend the rules, including numerous shoulder-baring or all-black outfits since joining the royal family.

When Middleton was pregnant with each of her three children, Prince George, Princess Charlotte, and Prince Louis, you may have noticed her hemlines got a lot shorter. And now that Markle is pregnant, she’ll likely be starting to bare more leg, as well. Apparently, there’s a good reason for this. Here’s why both Markle and Middleton can wear shorter dresses while pregnant.

First and foremost, the royal family has to look the part anytime they step out in public. And while short dresses might typically contradict that, it’s actually helped Middleton flatter her baby bump better in the past. Cecile Reinaud, the founder of Seraphine (one of Middleton’s favorite maternity brands), told InStyle, “Highlighting legs and arms is always a good trick to keep a nice silhouette.”

“[Kate] did [go shorter] for sure,” Reinaud added. “She went shorter, on a couple of occasions well above her knee, which she never does normally. And especially in winter, because when she wore opaque black tights, it looks okay. It doesn’t look too much because it’s not bare legs, it’s black opaque tights with a shorter dress.” 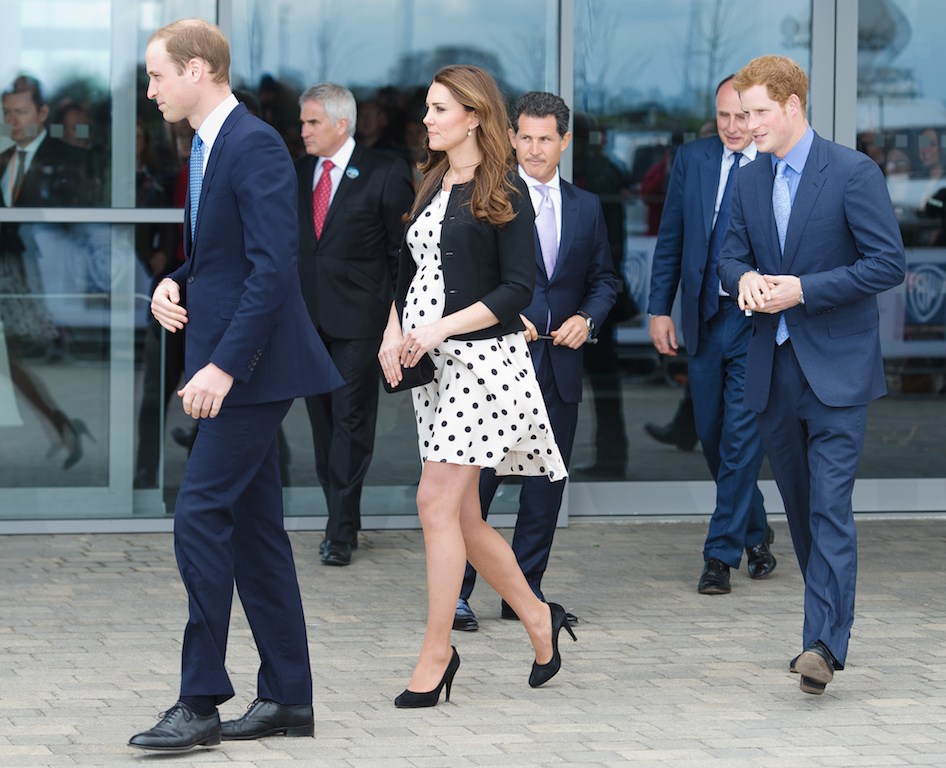 We’ve already seen Markle break royal fashion rules numerous times, but as her bump grows, she might continue to go shorter. “Because her pregnancy is going to be a winter pregnancy, I think she’s more likely to shorten her hemline,” Reinaud says. Which makes sense, considering Middleton’s short-dress-and-tights combinations. “And also [she’ll] probably wear what we’ve seen at [Eugenie’s] royal wedding, this kind of coat dress.”

Markle will probably give up midi dresses

As Markle continues to wear shorter dresses, we probably won’t get to see her in one of her signature styles for a bit: midi dresses. Reinaud told Page Six, “She has been seen very much in this midi length which is very much in fashion, and I’m not sure this is flattering when you’re pregnant. So I think we may see her shortening the hemline from what we’ve seen her in pre-pregnancy.”

“That kind of mid-calf length tends to make the skirt look more like a tent, and obviously nobody wants that,” Reinaud added. “So it’s quite difficult to pull off that midi length, unless it’s a body-con. As soon as it’s a bit of an A-line, then it does give you too much circular volume on the skirt and gives you the tent effect.”

Aside from shorter dresses, Reinaud also thinks Markle will stick to wearing a lot more trousers. “I can see that Meghan is going to wear a lot of skinny trousers, because skinny and cropped trousers have been her signature since she began this new public life,” she said.

“In her engagement photos she had this cream wrap coat, so I could see her wearing some of these coats that almost look like a dress coat,” the designer continued. “And generally, I think she’s going to be a little less classic than Kate — because she can! Because of her position, she doesn’t have to adhere to the etiquette quite as strongly.”