Here’s Why The Avengers May Smash The Justice League 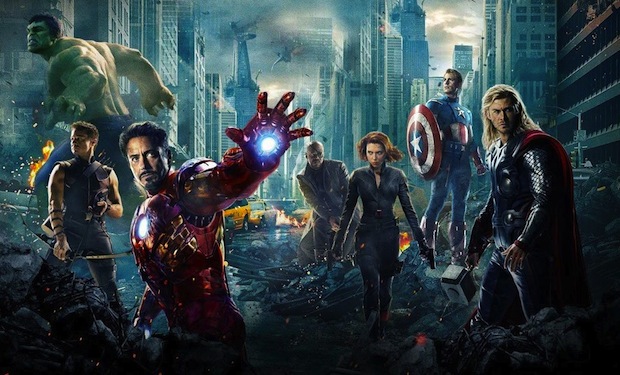 A clash of the superheroes across the brand divide is firing up as DC Entertainment gets in gear to make its Batman vs. Superman film and sets plans for a Justice League film, while Marvel Studios, meanwhile, is riding the strong wave of cash garnered by the recently released Captain America: The Winter Solider, with Guardians of the Galaxy coming later this year and the surefire blockbuster Avengers: Age of Ultron set to premiere in 2015. While DC is sustaining its push forward, it might not have the firepower to put up much of a fight against Marvel’s mighty team.

Going into the contest, it doesn’t appear that DC has much might to contend with the force coming from Marvel. With the ensemble Avengers and Guardians of the Galaxy films, along with individual hero films like Iron Man, Thor, and Captain America, Marvel can easily prove its strength as a film franchise. All told, The Avengers, all the Iron Man movies, the two Thor films, and the two Captain America titles grossed a worldwide total of $6.05 billion, with The Avengers contributing just over a quarter of that, according to data from Box Office Mojo as of late April. On average, the films grossed $750 million, and the trend between films has been an upward climb, with no sequel making less than its prequel, and often taking in significantly more.

On the other side of the fence, DC’s recent activity has been a bit smaller than Marvel’s. While the Avengers gang has had eight films in recent years, the latest spins on the DC properties have only had four: Christopher Nolan’s Batman trilogy and Zack Snyder’s Man of Steel. However, despite the smaller portfolio of films working into the franchise so far, the gross box office take for those four films hit $3.13 billion, which gives each an average take of $782 million — a small step above the films from Marvel.

Of course, Nolan’s Batman trilogy – Batman Begins, The Dark Knight, and The Dark Knight Rises — were a planned endeavor, and one that has already come to an end. Christian Bale is no longer Batman, Michael Cain is no longer Alfred, and Nolan no longer reigns over the Batman universe, so the Batman franchise he built up may not be continued in upcoming Batman features. Nonetheless, it is worth noting to get a good gauge for how Batman can continue to fare in the box office.

Critically, both sides of the battle have some winners and some weak links. On DC’s side, The Dark Knight performed incredibly well in the box office, with just over $1 billion — only $80 million shy of The Dark Knight Rises – and it also had great reviews. The film had a 94 percent Tomatometer score on Rotten Tomatoes, making it the most critically acclaimed of all the DC titles, standing out above even all of the Marvel titles. With an average fan rating of 4.4 out of 5, it also took the cake there for DC titles.

On the opposite side of the spectrum, DC also was responsible for the worst of the films mentioned. Snyder’s Man of Steel received the worst critical reception of all the films listed — both DC and Marvel — with a 56 percent Tomatometer score on Rotten Tomatoes. It wasn’t the worst in terms of fan favor though, with an average 3.9 out of 5 from viewer ratings. All told, the DC titles averaged a Tomatometer rating of 80.75 percent — dragged down by Man of Steel – and an average fan rating of 4.125 out of 5.

Even worse from the DC universe was 2011′s Green Lantern, but the critical failure of that film may have ensured that it would need rebooting before seeing any more play on screen. For that reason, it can be overlooked for the purposes of this analysis, just as the Hulk films will be — though they were reviewed more favorably.

For Marvel, there’s is a little bit more variation. While DC’s The Dark Knight  stood out critically as the best and Man of Steel fell as the worst, Marvel titles have a bit more intra-competitive action going on. While the original Iron Man movie — the first in Marvel’s slew of superhero films — had the highest critical rating, at 93 percent from Rotten Tomatoes, it had only a 4.2 viewer rating. Captain America: The Winter Soldier had a higher viewer rating, at 4.4, but only received a critic rating of 89 percent. Meanwhile, The Avengers film also got a 4.4 score from users, with a 92 percent critic rating, falling just below Iron Man.

In terms of the worst film to come out of Marvel in the current lineup, things are again divided. Thor: The Dark World had a low critic score of 65 percent on the Tomatometer, but fans gave it 3.9 points on average.

Both Captain America: The First Avenger and Iron Man 2 received lower fan scores, with an average of 3.7, but they also had higher critic scores, with Tony Stark pulling 73 percent and Capt. Steve Rogers garnering 79 percent. Though it’s hard to say which would qualify as the worst, all three did pull down the average rating for all eight films in the lineup.

Looking at averages for the Marvel films, they tie with DC when it comes to critics, as they also averaged 80.75 percent on the Tomatometer. However, their weak spot seems to be how their fans view them. With an average fan rating of 4.01 out of 5, they fall slightly behind the DC films.

Breaking down all the already released films down shows DC to have a clear edge. With higher average earnings, a higher average fan rating, and a tie in critical reception, the box office seems to favor DC heroes. Perhaps it’s because DC superheroes tend to be a bit more powerful when it comes to the scope of their intellect or superpowers — though the more realistic, human attributes of Marvel heroes can often help people relate better to the characters.

However, Arrow’s sharp shooting and slick parkour seemed to win fans over, tying with Agents of S.H.I.E.L.D. critically in the first season but coming out on top with a 4.3 point average score from fans. On top of that, the show’s second season received a 100 percent rating from critics and a 4.6 fan rating — higher than any of the films from DC or Marvel, though it’s worth noting that Rotten Tomatoes’ television platform is still listed as in beta.

If DC has plans to try pulling the Green Arrow franchise into the Justice League, it could have a lot of success doing so. If not, there may be a little bit more trouble ahead for DC than an analysis of past ratings would suggest.

Though Nolan’s Batman trilogy did wonders for DC’s image on the silver screen, it can’t necessarily be indicative of any future success with Batman in theaters. As mentioned earlier, the on-screen universe Nolan created for Batman is finished, so the Batman that will appear in Batman vs. Superman and Justice League could be very different from the one fans showed so much favor for in recent years — especially since many have voiced their concern over Ben Affleck playing Batman.

On top of that, the upcoming film’s success is going to hinge significantly on Snyder’s skill as a director. Unfortunately, Snyder hasn’t had a ton of success in making well-received comic book films. His early foray into comic book films with 300 was loved by fans, who gave it an average of 4.1 points out of 5, but not by critics, who gave it a 60 percent score on the Tomatometer. Watchmen fared a little better, with critics at 65 percent, but fans only gave it a score of 3.4, likely due to differences between the movie and the source material. And then, of course, there was the critical weakness of Man of Steel.

Now, Snyder will be taking his not-so-favored Superman series and mashing it into a precarious Batman franchise. Though the hype for the movie will be phenomenal, as clashes between the incredibly powerful Superman and the unceasingly clever Batman tend to be fantastic showdowns — see Frank Miller’s The Dark Knight Returns for an example of how even-handed their fights can be — Snyder’s ability to deliver a winning film might not be so reliable. The Wall Street Journal reports that Snyder will also be taking the helm for Justice League after Batman vs. Superman.

Though things looked like they might be in DC’s favor when glancing back on the past of its big franchises, looking forward doesn’t offer quite the same amount of hope. Marvel has a solid roster of heroes who have proven successful in their own right through solo films while coming together as the Avengers to become a true box office powerhouse. Guardians of the Galaxy will test just how far and obscure Marvel can stretch its intellectual property while maintaining a successful on-screen comic universe. Though a round of fisticuffs might go in favor of one of DC’s superheroes, the box office appears to be all Marvel’s.

Note: All box office earnings information is from Box Office Mojo, and all film ratings data is from Rotten Tomatoes.