It’s been five years since Heroes went off the air, and even today it’s still discussed. Its first season single-handedly revolutionized television, followed by four seasons that got progressively worse with every episode. Bloated stories, an over-abundance of characters, and a confusing host of mysteries doomed it to cancellation too late, forever tainting the legacy of a once-great series.

Now though, Heroes Reborn is here to give its predecessor some semblance of redemption. The new series kicked off with a two-hour premiere and is now in its third week on the air. Its initial episodes have given us a good amount of material to judge it on, and so far returns are mixed. It seems to be attempting a return to its roots, and for that there’s plenty of credit to go around. At the same time, it’s already establishing a complicated web of questions and mysteries that may prove difficult to answer when it’s all said and done. It has 10 episodes to deliver, and so far, these are the key plot points in need of an eventual explanation. 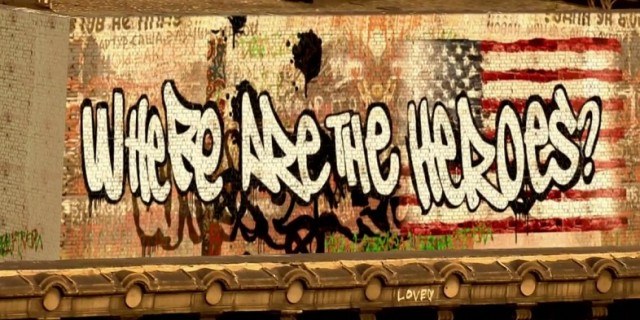 The two-hour pilot kicks off with a literal bang, as a terrorist sets off a massive explosion at an EVO (“evolved human”) peace summit. The summit was held to promote a lasting period of cooperation between those with powers and abilities, and those without, marred by a tragedy known only by the date it occurred on. So far, we don’t know why the attack happened, who was responsible, or how it was single-handedly responsible for making EVOs a hunted species.

The yet-to-be-aired seventh and eighth episodes are titled “June 13 — Part 1″ and “June 13 — Part 2″ respectively, so it stands to reason that soon we could get these answers. Whether they’ll be entirely satisfying is a different argument altogether, so we’ll see how things unfold leading up to that point.

2. Why did HRG have his own memory wiped? 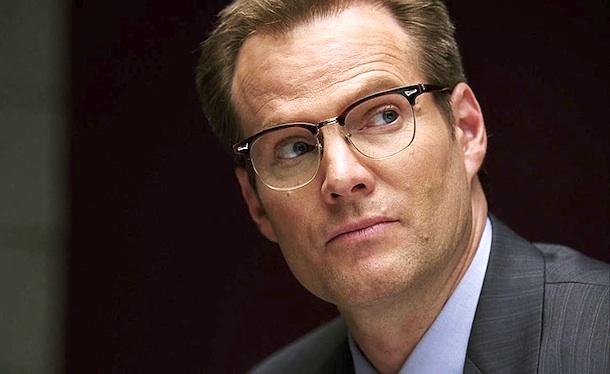 Noah Bennett, known popularly as HRG (Horn-Rimmed Glasses), is currently on the hunt for answers, and we’re along for the ride. What we know so far is that he had the Haitian wipe his memory completely clean concerning the events of June 13 and was so committed to this that he instructed the Haitian to kill him should he ever come back asking questions. HRG is now criss-crossing the country looking for the very same answers he went out of his way to forget. Hopefully he’ll find an EVO who can reclaim his lost memories soon, because this mystery is already exhausting three episodes in.

3. What the hell is going on in Japan right now?

Heroes Reborn once again features a prevalent storyline in Japan, this time with a young girl named Miko Otomo. In the pilot, she somehow finds out for the first time that her father created a world sensation MMORPG game called Evernow, and that she was the inspiration for its main character, Katana Girl. Things get weirder from there, as she finds Hiro Nakamura’s sword under the floorboards of her living room. Upon unsheathing the sword, she TRONs her way into Evernow, to find her father has been trapped in the game himself for years.

It’s quite literally the exact same plot as TRON: Legacy and only leads to more questions: Is Miko’s EVO power the ability to exist inside video games? Who’s holding her father captive in Evernow? How did Hiro’s sword come into her father’s (and then her) possession? It’s one of the crazier tangential plots that slowly is beginning to tie in to the main story, and already it’s absolutely insane. 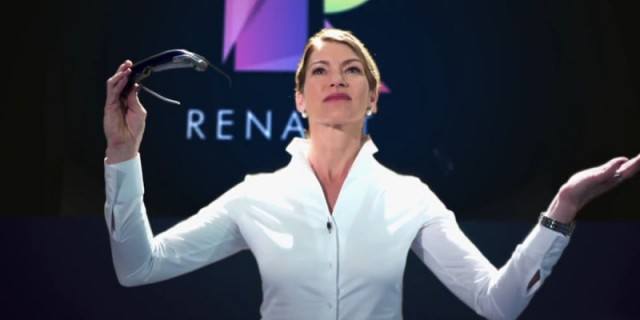 It wouldn’t be Heroes without a faceless corporation pulling all the strings. Before, it was Primatech, and now a new company has risen from the ashes of June 13, known as “Renatus” (the Latin word for “reborn”). The organization is already playing a large role in the show, having set up shop both in Japan and underground beneath what used to be Primatech’s headquarters in Odessa.

We have yet to fully understand the motivations and machinations of the members of the corporation, but from what we’ve seen, it appears as though they are the ones holding Miko’s father in Evernow. Additionally, they’ve utilized Molly Walker’s power for locating other EVOs into a pair of Google Glass-like shades that can identify EVOs across the globe. On a scale of one to the Sentinels in X-Men, it would appear as though EVOs exist somewhere on the latter half of that scale, so possessing the ability to track them down poses a major threat to their existence.

5. Who is the man with the suitcase full of pennies? 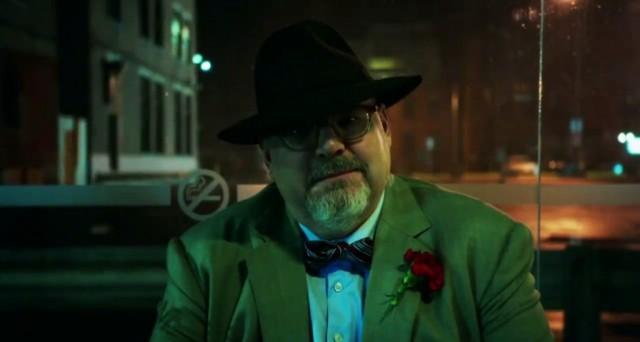 Possessing one of the odder powers we’ve ever seen in the Heroes universe, we see a mysterious man with the ability to wipe peoples’ memories by handing them pennies that he keeps in a briefcase. Tommy, a teenager with the ability to teleport, is currently being followed around by this man, who’s helped Tommy at every turn. He wiped the memory of a witness who could have revealed Tommy’s abilities, disappeared an angry stepdad, and generally seems to be on the side of EVOs.

Later on, we see Tommy’s mother recognize the penny man staked out in a station wagon across the street. She mentions something about “protectors,” who we can only assume are yet another faceless, mysterious organization that we have little to no background on.

6. What’s wrong with the northern lights?

The conclusion of the 2-hour premiere shows us a small EVO girl controlling the northern lights as they spiral into a circular shape. She matter-of-factly states, “It’s happening faster than we thought, I don’t think I can control it much longer,” and then the episode ends. It’s later revealed that she has a companion EVO with the power of invisibility, and the two find themselves hunted down after Renatus introduces its EVO-finding glasses powered by Molly Walker.

Clearly something bigger is at play here, although it’s hard to tell how it fits in with the greater narrative. After HRG kills the Haitian, the Haitian’s last words are “it’s coming,” so something large is looming on the horizon of Heroes Reborn. With all this build-up, the show better have a clear path to the end if it wants to give viewers a satisfying ending. Mystery for the sake of mystery is something that’s sunk everything on TV that’s tried to mirror Lost, and this show could very well fall into that same trap. For now, we can only hope that answers are forthcoming to all our questions.