‘High Maintenance’ Leaves the Web to Light Up HBO 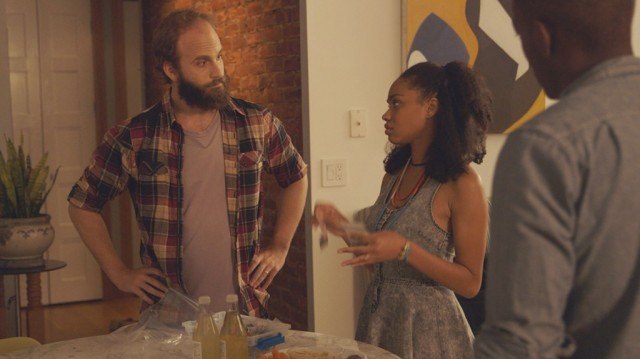 The online comedy show High Maintenance is making the jump from the web to the small screen. As announced earlier this week, HBO has just picked up six new episodes of Vimeo’s popular pot-themed series.

Created and written by husband-and-wife team Katja Blichfeld (30 Rock) and Ben Sinclair (Sisters), High Maintenance centers on a nameless pot dealer who delivers his product to an eccentric group of characters in New York City. Sinclair stars as “The Guy,” a friendly Brooklyn dealer who travels in and out of his clients’ apartments, revealing the varied dynamics of their lives — from the strange and offbeat to the predictable and mundane. Each episode focuses on a new set of customers (usually young professionals) as they procure their stash from Sinclair’s characters.

The witty web series first debuted in 2012, when Sinclair and Blichfield released initial episodes of High Maintenance free of charge. Following that first season, Vimeo partnered with the duo to release Season 2 of the show exclusively through its Vimeo on Demand platform, making it the site’s first original series. Since then, High Maintenance has continued to remain popular with Vimeo audiences, becoming one of the all-time top-selling releases for Vimeo on Demand.

According to The New York Times, HBO will now be producing a half-dozen new entries of the show. The series’ previous five seasons (a total of 19 episodes) will also be made available on HBO and its apps, HBO Go and HBO Now. As of now, it remains unclear if High Maintenance will still appear on Vimeo.

“We have been growing this show organically for three years now, and we are elated to bring it into full maturity at HBO,” Blichfeld and Sinclair said of the transition, per Deadline.

It’s no surprise that the series has caught the attention of the premium cable network. High Maintenance has garnered a widely positive response throughout its run, landing on the must-watch web series lists of publications like The New Yorker, and earning Blichfeld and Sinclair a Writers Guild Awards prize for the episode “Rachel.”

The series has also garnered high praise from reviewers. As Entertainment Weekly put it in 2013, the episodes are “all well acted, wryly funny, and between 6 and 11 minutes long: the perfect dosage to leave you smiling, with no unpleasant aftereffects.” It’s captured the attention of industry insiders, including Weeds and Orange is the New Black creator Jenji Kohan, who called the show a series of “beautiful glimpses into people’s lives.”

“High Maintenance has proven to be one of today’s most highly-acclaimed online comedies,” HBO’s Michael Lombardo said of the pickup. “We are thrilled to bring this sophisticated and clever series to our HBO audience.”

With its move to HBO, High Maintenance will become one of the rare web series to jump from online to premium cable. Showtime has previously successfully adapted the Internet comedy Web Therapy, starring Lisa Kudrow. Basic cable channels have also found hits with their web series-inspired shows, such as Comedy Central’s Broad City (which recently earned a third season renewal) and Drunk History (which is set kick off its third season later this year).

No premiere date for HBO’s new episodes of the show has been set yet, but if you want to get a sneak peek at what you’re in for, past episodes of High Maintenance will hit the network later this year.