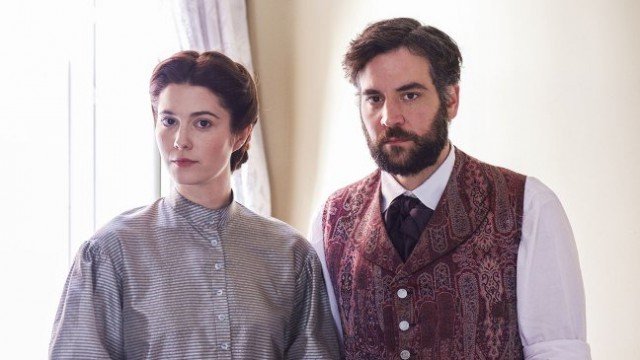 How I Met Your Mother star Josh Radnor is making his return to television — only this time, there’ll be fewer laughs. The actor is moving from comedy to Civil War drama in PBS’s upcoming series Mercy Street.

Mercy Street will mark the first American drama to air on PBS in more than a decade. It centers on the lives of two volunteer nurses on opposing sides of the Civil War: New England abolitionist Mary Phinney (played by Mary Elizabeth Winstead) and Confederate supporter Emma Green (newcomer Hannah James). The two are forced to work together in the Green family’s luxury hotel in Alexandria, Va., which has been transformed into Mansion House, a Union Army hospital tending to those wounded by the war. Inspired by memoirs and letters from real doctors and nurse volunteers who worked at the Mansion House, the six-part series captures the stories of those struggling to save lives while still managing their own hardships.

Per Deadline, Radnor is on board to play Jedediah Foster, a civilian contract surgeon who grew up in a privileged Southern slave-owning household as the son of a wealthy Maryland landowner. The actor is part of the show’s just announced star-studded ensemble cast, which also includes Gary Cole (Veep, The Good Wife), Peter Gerety (The Wire), Norbert Leo Butz (Bloodline), Jack Falahee (How to Get Away With Murder) and AnnaSophia Robb (The Carrie Diaries). McKinley Belcher III, Shalita Grant, Cameron Monaghan, Wade Williams, Donna Murphy, and Tara Summers will also co-star, among others.

Meanwhile, Roxann Dawson and Jeremy Webb have signed on to direct the show. Dawson, who is known for portraying B’Elanna Torres on Star Trek: Voyager, has recently directed episodes of Stalker, Agents Of SHIELD, Lost, Heroes, and The Mentalist. Webb has helmed installments of Masters Of Sex, Turn, The Red Road, and has previously worked with PBS on Downton Abbey.

For Radnor, the project marks his first notable role on the small screen since How I Met Your Mother came to a controversial end last year. Since the end of the long-running CBS sitcom, the actor has been primarily focusing on Broadway gigs. He starred in the play Disgraced earlier this year and is also set to lead a new Broadway revival of She Loves Me in spring 2016.

Mercy Street will mark one of the actor’s most dramatic on-screen roles to date. The historically themed series is a notable departure from both his best-known role as Ted Mosby on the TV comedy and his other past credits. Other than HIMYM, the actor has also previously written, directed, and starred in the romantic comedy dramas HappyThankYouMorePlease and Liberal Arts. Now, it seems he’s turning his attention to more serious-minded fare.

Per Deadline, the series is being filmed in the Richmond and Petersburg, Va., areas and is expected to premiere sometime in winter 2016. Mercy Street will reportedly join PBS’s Sunday night lineup, which is also set to include the final season of Downton Abbey.