Every week, we take an in-depth look at the latest Hollywood rumors, from casting speculation to potential directorial choices to the latest TV revivals. This week brought us plenty more gossip, including the latest on CBS’s upcoming Star Trek: Discovery, the newest rumors about those Rogue One reshoots, and the possibility of more Marvel shows on ABC. Below, check out the five biggest rumors coming out of Hollywood this week.

1. Key & Peele may return for another season 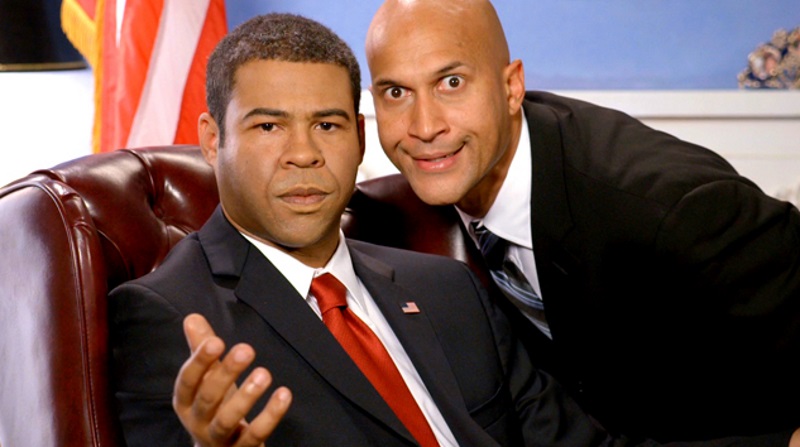 Good news, Key & Peele fans: Though Comedy Central‘s acclaimed series, starring Jordan Peele and Keegan- Michael Key, officially came to a end about a year ago, it may not really be gone for good. Key himself recently suggested that there’s a chance the show could return for another season at some point down the line.

“I think it’s absolutely possible. Absolutely possible,” he told Uproxx. “I, and I cannot speak for my partner, I would say that it’s probable. Maybe what it is is that Jordan and I, you know, we made Keanu, we make another film. We make another film, and then maybe our fourth film is a sketch film. Like you said, it’s still so fresh. We haven’t discussed this or talked about it. But that’s something that I would welcome. That I would welcome. I would really enjoy doing that.”

The duo is pretty busy now with other projects, but fans can only keep their fingers crossed that we’ll see more of the show at some point in the future.

ABC’S collaborations with Marvel have dwindled somewhat this year, with the network canceling Agent Carter and nixing planned spinoff Marvel’s Most Wanted. But things could pick up again soon. New ABC entertainment president Channing Dungey (above) recently revealed that the network plans to meet with the comics conglomerate in the next few weeks to figure out what their next show will be.

She didn’t elaborate whether those talks would include the upcoming Damage Control TV series, or John Ridley’s long-simmering mystery project, instead saying, “We’re looking at a number of different things. Some of them are projects that we were working on before and some of them are totally new ideas and IP.” Fans should stay tuned for more details, but it looks like ABC’s Marvel slate might be expanding in the next few months.

3. Star Trek: Discovery could take place before The Original Series

Ever since it was announced Star Trek was coming back to TV, fans have been wondering when the new series would be set. According to the latest speculation, the show could be taking audiences back in time, before the events of Star Trek: The Original Series.

The rumor stems from Ain’t It Cool News. According to the site, Star Trek: Discovery showrunner Bryan Fuller revealed that fans should look to the show’s Comic-Con teaser (above) for clues as to what to expect. “There’s a big clue in the number of the ship that indicates when we’re set,” Fuller said.

The site followed his advice and noticed that the Discovery’s registry number (NCC-1031) is lower than that of The Original Series’ Enterprise (NCC-1701). Given that and Fuller’s hints, Ain’t It Cool suggests Discovery will take place before Kirk, Spock, and the Enterprise crew set out on their five-year mission to go where no one has gone before in the Alpha Quadrant.

Viewers will have to stay tuned to find out of the speculation is right. Star Trek: Discovery will stream on CBS All Access in early 2017.

4. Tony Gilroy is editing Rogue One, instead of Gareth Edwards

Over the last few months, there have been a lot of rumors about Rogue One: A Star Wars Story and specifically, the reshoots done to possibly lighten the tone of the movie. Now, another detail is getting thrown into the mix. According to The Hollywood Reporter, the film’s credited director, Gareth Edwards, is not in charge of the editing of his own movie.

According to the publication, The Bourne Legacy director Tony Gilroy is actually taking the lead on Rogue One. Edwards is still involved with the film, but THR’s inside sources say Gilroy is the one now in charge.

The reports reads: “Gilroy … became the driving force behind Rogue One‘s extensive, recently wrapped reshoots, which ran around five weeks. Now he is said to be ‘supervising’ the edit with input from Edwards, who scored the Rogue One job after his 2014 Godzilla reboot impressed Lucasfilm’s Kathleen Kennedy.” THR also says that Gilroy and Edwards are not working on separate cuts of the movie, but instead are “all in [the editing room] with their ideas … they’re all working together.”

Hopefully, their willing cooperation will amount to a better, cohesive, and sharp Rogue One. Audiences only have a few months to wait to see the end result, as the movie is set to hit theaters on December 16.

5. William Shatner could make a cameo on Star Trek: Discovery

It’s been a while since William Shatner took part in any Star Trek revival, but that could change with Star Trek: Discovery. The actor recently told TVGuide that he’s open to appearing on the upcoming series, but only “If I were useful.”

The former Star Trek star said he’d be willing to make a cameo on the show, but only if it was different than the kind of appearance that the late Leonard Nimoy made in the recent Star Trek film reboot. Shatner says he felt Nimoy was underused, explaining, “Leonard [Nimoy, who plays Spock in the franchise], my friend, did a cameo [in the new Star Trek movies]. I said to him, ‘You know you’re old when you go back in time and you’re still old.’ It was a cameo, and I thought, ‘That’s a waste of time. He’s so talented. Why didn’t they do something more with him?’ So that’s the way I feel about that.”

Whether or not Shatner will get his cameo remains to be seen. Star Trek: Discovery arrives to CBS in January 2017.