Every week, we take an in-depth look at the latest Hollywood rumors, from casting speculations to potential directorial choices to the latest TV revivals. This week brought us plenty more gossip, including a potential Suicide Squad cameo, a rumored started date for Jessica Jones Season 2, and the latest on the future of Arrested Development. Below, check out the five biggest rumors coming out of Hollywood this week.

For years, Netflix has insisted that there’s still a possibility of a fifth season of Arrested Development. Despite their claims, no real progress has been made and even star Will Arnett once suggested that the company should “get their shit together.” But things may finally be falling into place. According to creator Mitch Hurwitz, the team is “very close” to starting production on Season 5, with early 2017 eyed as a potential start date.

“It’s a thing I really am desperate to do. We’ve got a lot of the stories broken. We’re kinda ready to go,” he said at the Television Critics Association press tour, per ScreenCrush. “I’m so appreciative of the fans wanting more, I hate to tease them with information that there is going to be more until we know for sure, but it’s what we’re trying to accomplish and if does happen it looks like shooting would be at the start of 2017. That’s what I’m hoping.” Netflix, for its part, has yet to confirm anything, so fans can only cross their fingers that Hurwitz’s comments come to fruition.

Netfix’s new series Stranger Things, has proven to be a breakout hit, earning an enthusiastic response from both critics and audiences since its debut earlier this month. Case in point? Though the show, starring Winona Ryder, is only a few weeks out from its release, talk of a potential second season has already started circulating.

Series creators Matt and Ross Duffer have even chimed in on the speculation. The duo recently addressed the possibility, saying that they would be open to moving forward with a second season, should Netflix greenlight it. “We want it to feel like a big movie,” Matt said, per Variety. “But there’s a bigger mythology, and there’s a lot of dangling threads at the end. We could explore it if Netflix wanted to continue.”

Still, it’s not a done deal yet. Netflix executive Ted Sarandos declined to announce an official renewal at the Television Critics Association panel this week, saying, “We always want to take some time to be thoughtful about the process. When we first come out of the gate with something, we have an idea where it’s going to go but it’s sensible for us to let the show breathe.”

That may be the case for now, but given how well the fans have responded, it seems likely that the streaming service will move forward with a second season sooner rather than later.

3. Warm Bodies could get a sequel

There’s no shortage of zombies on the big screen these days, but Warm Bodies managed to put a new spin on the genre when the film debuted in 2013. The movie, starring Nicholas Hoult and Teresa Palmer, earned surprisingly strong reviews and earned a fair $117 million against a $35 million budget. The film’s moderate success spurred some to wonder whether the movie could eventually get a sequel. Three years later it looks like the possibility is still on the table.

In a recent interview with Wired, Palmer suggested that while nothing has been officially greenlit yet, a follow-up could still happen. “I’ve been hearing rumors that there will be a sequel,” she said. “I’ve been hearing this rumor for about 18 months to a year and it hasn’t happened yet, so I’m cautiously optimistic — but we shall see. I think they’re working on the script but who knows? I would love it.”

Summit Entertainment has yet to confirm anything, so stay tuned for more details. 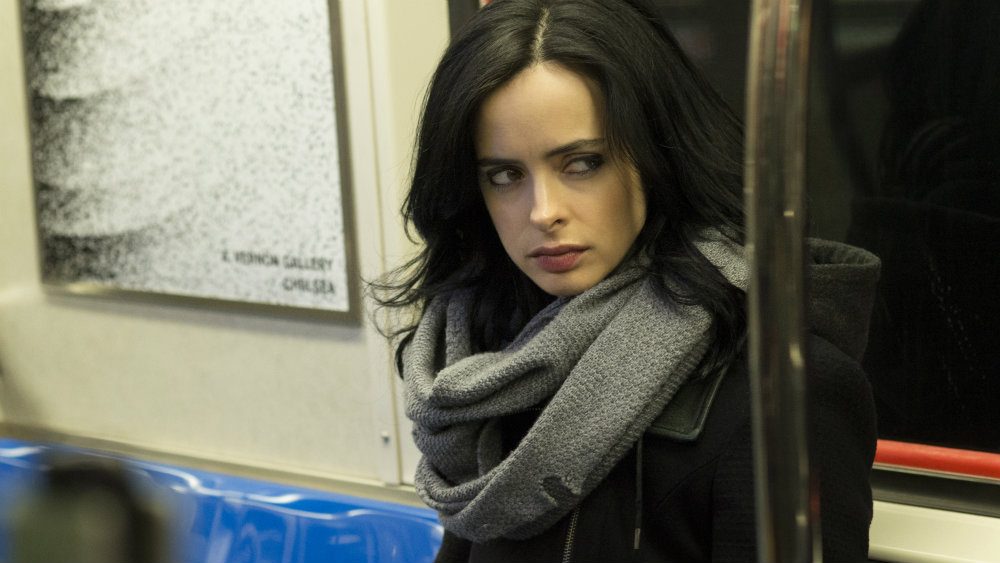 Netflix’s Jessica Jones and Daredevil have been renewed for a second and third season, respectively, and while there’s been no official word on when either of the shows will return to the air, audiences may have gotten a hint at the company’s recent Television Critics Association (TCA) panel.

As fans know, Netflix has been following a two shows per year strategy, when it comes to its Marvel lineup. Daredevil and Jessica Jones both premiered in 2015, while Daredevil‘s Season 2 and Luke Cage followed in 2016. At the TCA panel, Netflix head Ted Sarandos confirmed that their next Marvel series, Iron Fist and The Defenders, are both set to premiere in 2017. So where does that leave Jessica Jones Season 2 and Daredevil Season 3? As previously announced, the former is expected to film back-to-back with The Defenders, meaning that it likely won’t debut until sometime in 2018. The same likely goes for Daredevil and potentially even its upcoming spinoff, The Punisher.

Of course, things could always be reshuffled, depending on how filming goes and whether Netflix places additional orders for Luke Cage or Iron Fist. But for now, it looks like the earliest we’ll get the next season of Daredevil and Jessica Jones or the first season of The Punisher is in 2018.

5. The Flash may appear in Suicide Squad

For some time now, it’s been rumored that Ezra Miller’s character the Flash could make a cameo in August’s Suicide Squad film. But speculation was renewed following the latest trailer for Suicide Squad, which seemed to hint at the scarlet speedster’s presence. As ComicBookMovie first pointed out, there’s a moment in the trailer (at 2:25, above) when Jai Courtney’s Boomerang is seen being blasted back by lightning — lightning that looks an awful lot like the release by the Flash in the recently shown Justice League footage.

So does this mean that the Flash is definitely showing up in Suicide Squad? Not necessarily. But it would make sense that Warner Bros. would want to give the character another chance to show up on the big screen before Justice League next year and his solo movie in 2018.

Update 7/29/16: It’s official: The Flash will be making a cameo in Suicide Squad. According to Deadline, the news was confirmed in the press notes from critics screenings that Warner Bros has been holding this week. Suicide Squad hits theaters on August 5.