Every week, we take an in-depth look at the latest Hollywood rumors, from casting chatter to potential directorial choices to the latest TV revivals. This week brought us plenty more speculation, including new plot details for Avengers: Infinity War, a possible release for Netflix’s planned Punisher spinoff and the latest on Sherlock Season 4. Below, check out the five biggest rumors coming out of Hollywood this week.

1. Netflix’s The Punisher series may have started filming

Netflix has only just confirmed a premiere date for its next solo Marvel hero series, Iron Fist, but it has yet to unveil an official schedule for the rest of its planned shows — including Jon Bernthal’s Punisher spinoff. It looks like the show may be coming sooner than we thought, as a new report claims that filming is already underway

Take this with a grain of salt for now, but Just Jared purports to have the first photos of Bernthal reprising his role as Frank Castle on the show’s Brooklyn set. The pictures show Bernthal in all black, but not in the same clothing that we last saw the Punisher in. It’s unclear yet if the report is accurate, but if it is, that would likely put the series premiere sometime in the next year. Netflix and Marvel have not commented on this speculation.

2. Sherlock could end with Season 4 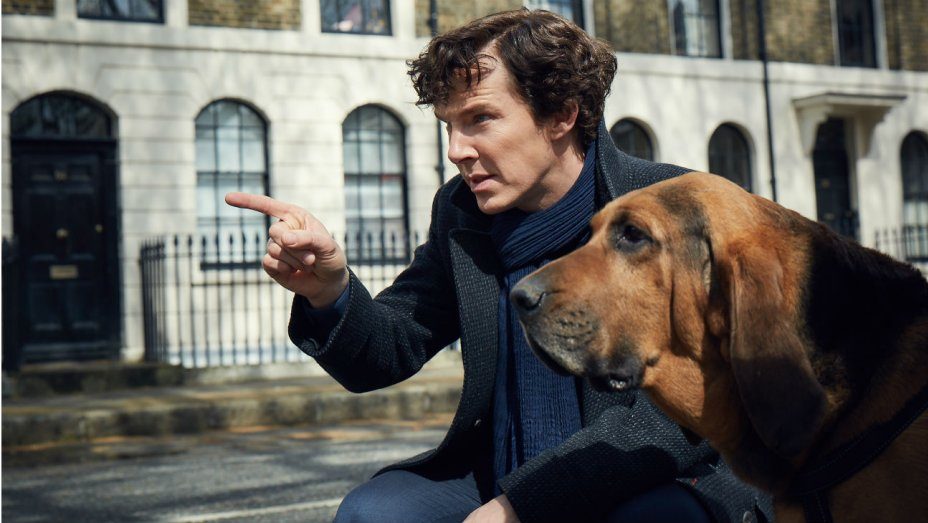 For several months now, there’ve been rumors that the upcoming fourth season of Sherlock might mark the end of the show. Star Benedict Cumberbatch recently added fuel to the fire when he made the following comments to British GQ:

It might be the end of an era. It feels like the end of an era, to be honest. It goes to a place where it will be pretty hard to follow on immediately. We never say never on the show. I’d love to revisit it, I’d love to keep revisiting it, I stand by that, but in the immediate future we all have things that we want to crack on with and we’ve made something very complete as it is, so I think we’ll just wait and see.

A decision as to whether Sherlock will return or not after Season 4 has yet to be announced. In the meantime, fans have at least a few new episodes to look forward to, when its latest season premieres in 2017.

We already know that the Guardians of the Galaxy will likely show up alongside the Avengers in the upcoming Avengers: Infinity War movie. But it turns out, one of them may have a bigger role than fans expected. According to a new report from Schmoes Know, Chris Pratt’s Star-Lord will have a “significant” role in the film. Though the site doesn’t reveal specifics as to what the character will be doing, it suggests that he will be the first of the Guardians to make an appearance in Infinity War and will serve as a “major player” throughout the movie.

The decision to have Star-Lord more prominently involved in the film wouldn’t come as a huge surprise, as the character has quickly become a fan favorite character in the Marvel Cinematic Universe (MCU). Still, this is all speculation as of now, so fans will have to wait to find out more when Avengers: Infinity War hits theaters on May 4, 2018.

4. Guardians of the Galaxy Vol. 2 and Thor: Ragnarok may feature the Elders 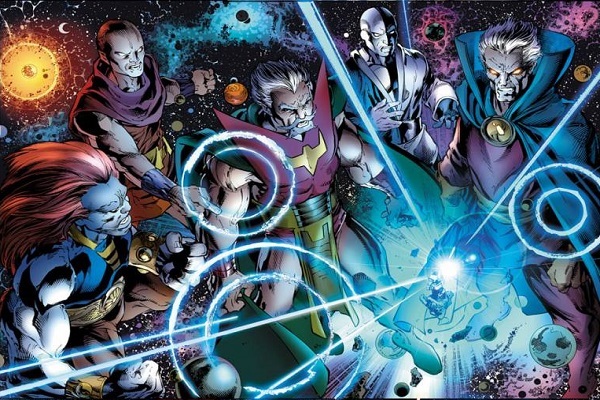 The Elders of the Universe | Marvel

Both films, Guardians of the Galaxy Vol. 2 and Thor: Ragnarok are set to take the MCU to different planets next year, but that may not be the only thing they have in common. Per Schmoes Know, both films will feature a group of aliens known as the Elders of the Universe.

For those unfamiliar, the Elders are powerful cosmic beings who are known for being the oldest sentient creatures in the entire universe. According to the site, the Guardians sequel will feature at least four of these ancient beings: the Collector, Ayesha, and two unnamed figures played by Sharon Stone and Sylvester Stallone. The group will reportedly be responsible for motivating Star-Lord to find his father, Ego the Living Planet.

As for how the Elders will tie into Ragnarok, Schmoes Know suggests that Jeff Goldblum will play the Grandmaster in the film, known as an exiled Elder in the comics.

These details have yet to be confirmed, so it remains to be seen exactly how the Elders will figure into both movies. Guardians of the Galaxy Vol. 2 is set for release on May 5, 2017, while Thor: Ragnarok will follow on November 3, 2017.

5. One of these three actresses may star in the Han Solo movie

It looks like the Han Solo movie has narrowed down its search for a female lead. According to Variety, directors Phil Lord and Chris Miller are currently deciding between three actresses to star opposite Alden Ehrenreich in the upcoming spinoff: Creed‘s Tessa Thompson, Power Rangers‘ Naomi Scott, and Mad Max: Fury Road‘s Zoë Kravitz.

Details about the role they’re gunning for have yet to be released, and Variety reports an official offer has yet to be extended to any of the actresses. A decision will likely be made in the next couple of weeks, as production is set to begin sometime in early 2017. The movie will be hitting theaters on May 25, 2018.