Sometimes the world can seem like a pretty wretched place. Fortunately, Hollywood likes to swoop in every now and then to save us from falling into a cynical abyss. Though romantic comedies and dramas aren’t as popular as they once were, a few of them are still giving us hope. We can always turn to some of our old favs like The Notebook and Love & Basketball for a quick pick me up. From some magnetic flirting, sultry dancing, and some super steamy kisses, some of our favorite movie characters of all time come from the romance genre.

Sometimes casting directors get it just right, and actors make us fall in love with them as their characters fall in love with one another. Though Hollywood often tries to sell a fairytale, not all of our favorite movie couples have happy endings, but we’re still obsessed with them anyway.

1. Rose and Jack in Titanic

Yes, we know that there was more than enough room on that door for both Rose (portrayed by Kate Winslet) and Jack (Leonardo DiCaprio), and Jack didn’t have to die, but perhaps the tragedy of it all is what makes Titanic so epic. Winslet’s uptight and stoic Rose DeWitt-Bukater was a young woman forced to marry an older wealthy man in order keep herself and her mother from falling into poverty.

On her voyage from Europe to New York, Rose meets Jack Dawson, a poor artist who inspires her to live a magnetic life full of wonder and joy. Titanic showed how one person in just a short amount of time can shift your entire perspective, and it also taught us all the importance of a good flirty one-liner. “Paint me like one of our French girls,” will go down in movie history.

Next: This couple danced their way into each other’s hearts.

2. Baby and Johnny in Dirty Dancing

First and foremost, can we talk about how epic the music was in the 1960s? Dirty Dancing took us all back to a time when people actually used their whole bodies and souls on the dance floor. Jennifer Grey starred as Francis aka Baby, a naive and sheltered daddy’s girl who spends a summer with her parents and sister at Kellerman’s resort.

Bright-eyed and endearing, all of Baby’s plans get derailed when she lays eyes on Patrick Swayze’s Johnny, a resident entertainer at the resort who shows Baby she has the moves and a voice. Honestly, we’re still trying to get the courage up to try that epic lift.

Next: A pair that started off as platonic friends

3. Sally and Harry in When Harry Met Sally

We’ve all had that one seemingly platonic friendship that could have blossomed into something more under the right circumstances. Megan Ryan and Billy Crystal star as Sally and Harry, in When Harry Met Sally,  a duo who first share an awkward ride from Chicago to New York and disagree about men and women being friends. Over the years they continue running into one another by chance until one day, they just make sense for one another. After all, life comes at you fast.

The fake orgasm scene in the diner is still one of the greatest movie moments in Hollywood history.

Next: A duo who shared a love for one thing.

4. Monica and Quincy in Love & Basketball 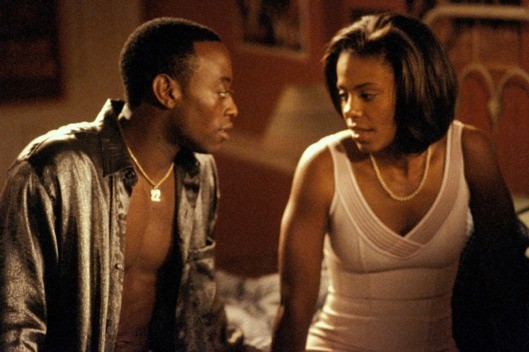 Gina Prince-Bythewood’s Love & Basketball deserves more love than it gets. It untangles the politics of sports, friendships, male and female dynamics, and relationships all in one. Monica (played by Sanaa Lathan) and Quincy (Omar Epps) star as platonic friends and neighbors, each with the dream of playing basketball professionally. However, as their friendship blossoms into something more, their drive and sportsmanship might tear them apart.

With Maxwell on the soundtrack and the utter anguish of heartbreak, it doesn’t get better than this ’80s set flick.

Next: The ultimate fairytale romance

5. Vivian and Edward in Pretty Woman

We admit that Pretty Woman has a pretty farfetched storyline, but it normalized sex work on the big screen and was a huge debut for Julia Roberts who played Vivian. The statuesque redhead is swept into a new life by the older and wealthy businessman Edward (Richard Gere). The movie is pretty much the stuff of Hollywood dreams. Also seeing Vivan shame those snotty Beverly Hills ladies will always make our hearts smile.

Next: The couple that proves true love lives beyond the grave.

6. Molly and Sam in Ghost 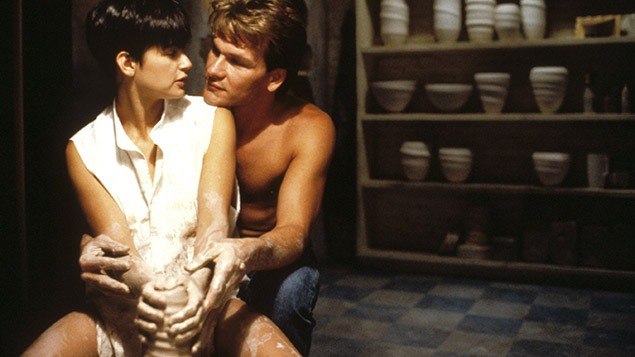 First of all let’s get into the epicness that was the late Patrick Swayze and Demi Moore in 1990, the pair were two stunning for words. In Ghost, Moore plays Molly, a devastated young woman who is left heartbroken with her fiancé Sam (Swayze) dies tragically. However, we all know that true love never fades.

From beyond the grave, Sam continues to intervene and protect Molly from harm. We want to start making pottery just thinking about it.

Next: A pair that proved love is sometimes forbidden and tragic.

7. Ennis and Jack in Brokeback Mountain 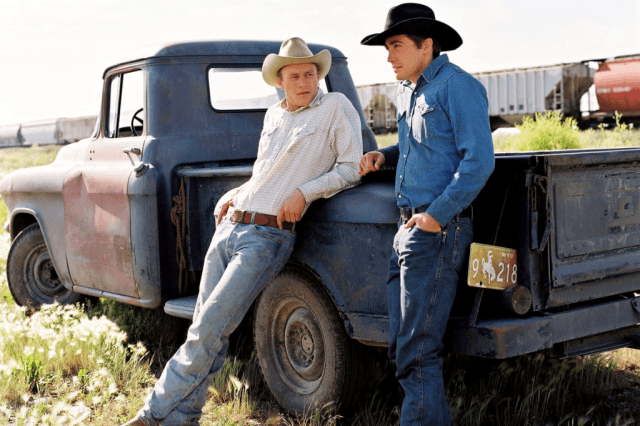 Brokeback Mountain was a breakthrough for LGBTQ representation on the big screen. Starring the late Heath Ledger and Jake Gyllenhaal as Ennis and Jack respectively, the film was a tragic tale of a forbidden romance between two cowboys kept hidden in the shadows of the Wyoming mountains.

Directed beautifully by Ang Lee, the film followed the men throughout their lives as they struggled in the monotony of their everyday lives with wives they could never love fully. The film is as breathtaking as it is tragic.

Next: The duo that proved that love can bloom under any circumstances.

8. Jamal and Latika in Slumdog Millionaire 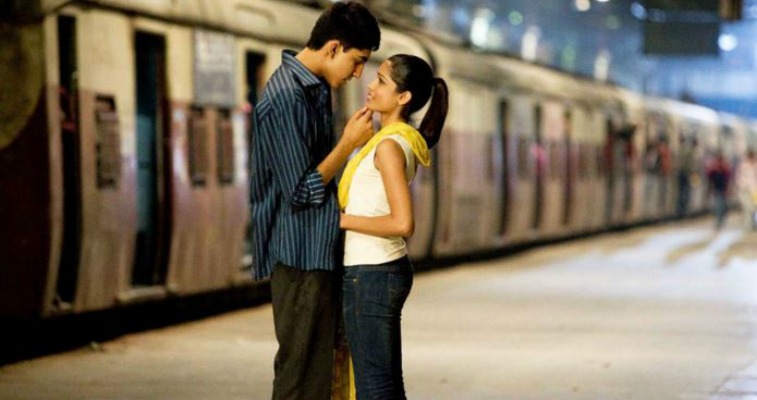 Slumdog Millionaire propelled Dev Patel and Freida Pinto into the spotlight. As Jamal and Latika respectively, the pair played a young couple who lost touch after childhood only to be reunited with the help of a game show. The Bombay set film was beautifully written and it proved that there is more than one way to tell a love story.

Sometimes in the movies (and in real life), we can overcome towering obstacles.

Next: A couple in a super realistic witty love story.

9. Ian and Toulah in My Big Fat Greek Wedding

Sometimes the right person comes around and sees you before you even discover yourself. Based on writer/actress Nia Vardalos’ real-life story of marrying a non-Greek man, in My Big Fat Greek Wedding Vardalos stars as Toulah a shy hostess who is trying to find her own identity outside of her loving but overbearing family.

Toulah meets Ian (Sex & the City alum John Corbet) whose humor and wit match her own perfectly. Everything is going well for the pair in their own bubble, but things get a bit shaky when Toulah finally gets the nerve to introduce Ian to her family. The film rom-com perfection.

Next: The ultimate Hollywood movie couple.

10. Noah and Allie in The Notebook

No matter how much you want to deny it, The Notebook still might be everyone’s favorite romantic drama. The best Nicholas Sparks adaptation by far follows, Noah (Ryan Gosling) and Allie’s (Rachel McAdams) romance. Set in the present day and told from a wiser Noah’s perspective, The Notebook chronicles the lovebirds’ romance and heartbreak from the 1940’s onward.

From issues surrounding class, the horrors of World War II, and everything in between, the film can still pull at our heartstrings all these years later. Let’s not forget the swan-filled boat ride and that lusty rain kiss. We’re swooning just thinking about it. Honestly, it’s no wonder Gosling, and McAdams dated for a while after the film wrapped.

Next: A duo who gives us real life goals

11. Michelle and Barack in Southside with You

Southside With You | Miramax

It’s always fun to get more insider details into how real-life couples met and connected. In Southside With You, Tika Sumpter plays former First Lady Michelle Obama, a lawyer who reluctantly finds herself on a date one evening with a law intern named Barack Obama (portrayed by Parker Sawyers)

Set in Chicago in the summer of 1989, the Obamas unlikely love story begins to unfold, and it’s one for the history books.

Next: A pair that proved epic love sometimes doesn’t last

12. Adèle and Emma in Blue is the Warmest Color

French director Abdellatif Kechiche shocked the world with his 2013 film, Blue Is the Warmest Color. The LGBTQ romance drama follows Adèle (Adèle Exarchopoulos), a French teenager who discovers desire and freedom when a blue-haired aspiring painter, Emma (Léa Seydoux) enters her life. Though the film is highly explicit, Kechiche brings warmth and beauty to the coming of age romance which follows Adèle from her teenage years into early adolescence.

Though stunning, the film is also heartbreaking as it explores how relationships can crack and shatter as we mature.

Next: A couple who dared to go against the grain.

13. Sara and Derek in Save the Last Dance

Save the Last Dance | Paramount Pictures

In the beloved teen dance flick, Save the Last Dance Julia Stiles, plays Sara, a naive ballerina whose life is uprooted when her mother dies and she’s forced to move away from her idyllic Midwestern suburb to the South Side of Chicago to live with her father. Still determined to get into Julliard, Sara forms an unlikely friendship with Derek (Sean Patrick Thomas), who introduces her to other forms of dance.

Though their burgeoning relationship raising eyebrows, Sara and Derek are determined not to allow the issues of race, background, or the uncertainties of their future derail them.

Next: The duo who found love despite the odds

14. Katniss and Peeta in The Hunger Games 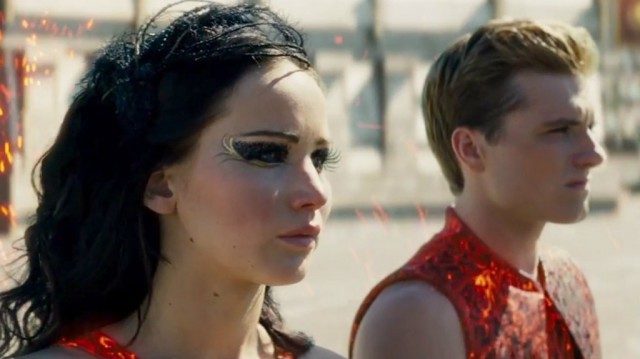 If we were forced into The Hunger Games, we’d probably cling to anyone that we could as well. Despite everything that they were facing and all of the horrors they were up against, Katniss Everdeen (Jennifer Lawrence) and Peeta Melark (Josh Hutchinson) found comfort in one another.

We wouldn’t necessarily call their relationship romantic, but it sure as heck is bulletproof. These days what more can you want?

Next: A couple who began as enemies 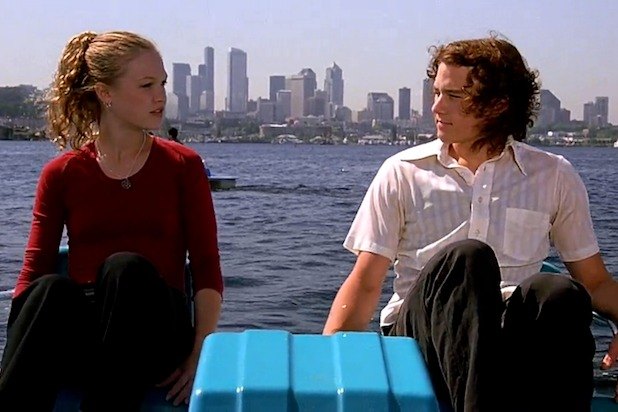 10 Things I Hate About You | Buena Vista Pictures

There is nothing lustier than a relationship that begins with pure animosity. A ’90s adaptation of Shakespeare’s The Taming of the Shrew, in 10 Things I Hate About You, Julia Stiles’ Kat Stratford is a brilliant but rather abrasive teen who tries her hardest not to fall for the school’s hunky newcomer Patrick Verona (Heath Ledger).

Things take a turn for the worse when Kat learns that Patrick was paid to pursue her. However, like any decent teen drama worth its salt, it all works out in the end.