‘Holmes & Watson:’ Here’s the Trailer With Will Ferrell and John C. Reilly in the New Sherlock Flick

Sherlock Holmes, Dr. John Watson, and Queen Victoria. Sounds like just another rather staid Victorian mystery, doesn’t it? Not when Holmes and Watson are played by Will Ferrell and John C. Reilly! This hilarious duo are well known for partnering in Step Brothers and Talladega Nights. Now they’re bringing their comedic prowess to the sleuthing partnership of Holmes and Watson. The comedic game’s afoot and the mystery genre may never be the same!

Get a sneak peek of the hilarity with the official Holmes & Watson trailer. In it, you’ll see Watson practically drooling over the ‘stunning’ Queen Victoria. Before he accidentally knocks her out while taking an early version of a selfie, that is! Somehow, actress Pam Ferris manages to maintain her regal composure throughout the movie trailer. We’re guessing she burst out laughing each time director Ethan Cohen yelled “cut”!

That’s just a taste of the ridiculously funny slapstick comedy that plays off of the very regal backdrop. The juxtaposition of the two is perfectly funny!

It’s a gorgeous period piece with plenty of silliness

Did you love the elegant settings and gorgeous costumes of Pride and Prejudice or Anna Karenina? You’ll get plenty of that in this movie, too! There’s something delightfully funny about actors like Ferrell and Reilly being at their silly best in top hat and tails. Especially when they’re surrounded by ladies in ball gowns, Royal guardsmen in their tall beaver hats, and servants wearing the royal livery!

Watson uses his ever-present pistol on more than Moriarty and his henchmen. At one point, he takes aim at the killer bees his friend Holmes has foolishly released into their rooms at 221B Baker Street. The pistol and bees are just two examples of the many tongue and cheek references to Sir Arthur Conan Doyle’s original books. Another instance comes when Watson offers the lady pathologist a dose of drugs he keeps handy for his friend Sherlock. Can you spot any other references to the originals?

What will Ferrell do next? 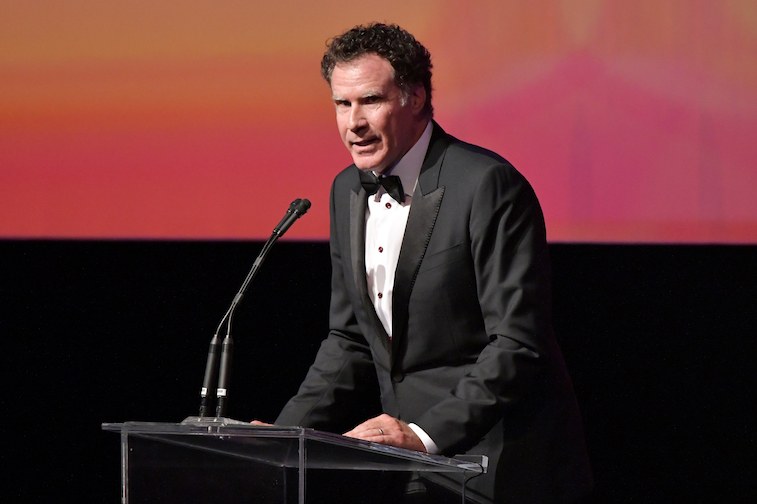 Ferrell is reportedly pairing up again with writer Adam McKay (of Anchorman, Step Brothers, and The Other Guys fame) for a reboot of The Flintstones. So far, the two are confirmed as executive producers for the movie. There’s no word yet on whether Ferrell will be trying out his Stone Age acting chops.

There’s also no word on whether or not there will ever be an Elf sequel. Fans would love to see Buddy come back for another adventure but as for Ferrell taking on the role,  “Absolutely not. I just think it would look slightly pathetic if I tried to squeeze back in the elf tights: Buddy the middle-aged elf.”

John C. Reilly played a slightly comedic action star in 2017’s Kong: Skull Island. He brought a little much-needed funny relief to the often tense action film as a fighter pilot who was stranded on the island from WWII to the Vietnam War.

Reilly’s latest film is Ralph Breaks the Internet: Wreck-It Ralph 2, where he reprises his role as Ralph’s voice. He and co-star Sarah Silverman played off of each other in the recording booth. They both credit that interaction with bringing their animated characters to life. Reilly was even given a story credit for the improvisations he added to the script!

Another upcoming movie you won’t want to miss!

Don’t miss the new Avengers 4 movie, Avengers: Endgame. It promises to answer the questions raised by Avengers: Infinity War‘s cliffhanger ending. Will any of our favorite Marvel super heroes survive and will Thanos get his comeuppance at last? Watch the movie to find out the answers to these Earth-shattering questions!