8 Great Horror Movies on Netflix That Aren’t Too Scary

There are plenty of great horror films on Netflix that will delight the genre’s fanatics and keep viewers up at night, but what if you’re looking for something a bit tamer? Sometimes, more casual fans are interested in dipping their toe in the water and experiencing the joys of horror without necessarily being scarred for life afterward.

For these viewers, let’s take a look at some horror films on Netflix that are great but aren’t so scary that more casual fans can’t watch them.

Karyn Kusama’s 2015 film The Invitation sort of verges into thriller territory, but it’s generally classified as both a horror and a thriller, and Netflix puts it in the horror section.

In it, a man attends a dinner party hosted by his ex-wife and her new husband, only to become convinced that something isn’t quite what it seems.

Kusama effectively plays with the terror that comes with being in an awkward, bizarre situation and not quite knowing whether to burst out laughing or run out the door screaming, and we’re never clear on where things are going until well into the third act. Without spoiling anything, after a lot of buildup, the third act doesn’t disappoint.

2. Tucker and Dale vs. Evil

Like Scream and The Cabin in the Woods, Tucker and Dale vs. Evil takes genre cliches and turns them on their head, and the end result is one of the best horror-comedies ever made.

A group of teens go to a cabin in the woods and are stalked by deranged hillbillies, but the film flips the script by suggesting that the hillbillies are actually really nice guys, and everything is just a big misunderstanding.

Tucker and Dale does have its fair share of gore, but there aren’t too many legitimate scares, making it perfect for both horror fans and comedy fans alike. 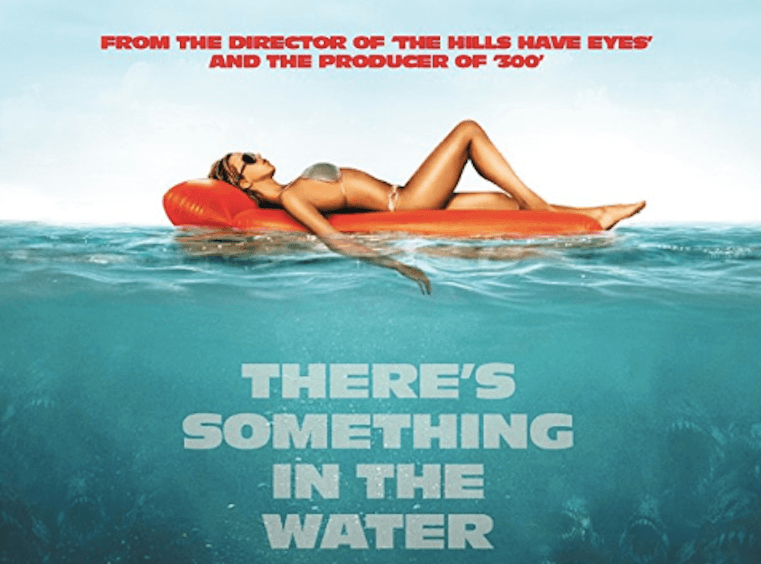 If you’re looking for a summer-themed movie to enjoy the rest of August with, Piranha is a great option.

Not too many people were excited for this 2010 remake of the 1978 Jaws ripoff, but it ended up exceeding expectations and being exactly the kind of totally bonkers B-movie fans were jonesing for. Director Alexandre Aja doesn’t take the material too seriously, but he takes it just seriously enough that we never feel like he’s trying too hard to make us laugh; most of the humor just comes from how insane everything that’s happening is.

All around, it’s just exactly what you’d hope for in a modern Jaws-style B-movie. Don’t expect too many scares, but do expect plenty of gore; in fact, one scene in the middle might be one of the most brutal horror sequences of the decade.

This 2017 film from Mike Flanagan is actually one of the very best Netflix original films to date, horror or otherwise.

Based on the book by Stephen King, the film follows a woman who goes to stay at a lake house with her husband. He handcuffs her to a bed during sex, only to die of a heart attack in front of her. So now she’s stuck handcuffed in a room with her dead husband in the middle of nowhere, and she must figure out a way to escape.

Although that might just sound like a straight-up thriller, the film mixes in horror elements with one particular subplot that shouldn’t be spoiled. But in this case, it’s more something that will creep you out than it will make you jump out of your seat. All in all, the film is highly entertaining, and Flanagan manages to craft a fairly propulsive film in spite of the confined setting. Thanks to a bit of backstory revealed via flashbacks, the story also takes on much more emotional weight than you might expect at the outset.

What if you took the cringe humor of The Office and turned it into a horror film? The answer is Patrick Brice’s brilliant 2014 found-footage movie Creep. It follows Aaron (Patrick Brice), who answers a Craiglist ad posted by a man looking for a videographer to film him all day. The rest of the plot should not be spoiled, but suffice it to say, things get weird.

Just as in something like The Office, the film relies heavily on subtly uncomfortable interactions, except in this case, the awkward person is a complete stranger, and we’re never quite sure whether he’s just not aware of how weird he’s being, or whether there’s something else going on. The whole movie only contains two characters, but watching them talk back and forth is never boring; we’re on the edge of our seat waiting to hear every word of dialogue, as one sentence might just change everything.

As a warning, this film does have a handful of jump scares, but it’s a pretty light ratio compared to most other horror films. If you enjoy it, be sure to check out the sequel, Creep 2, a solid follow-up that is also streaming on Netflix.

In Julia Ducournau’s 2017 film Raw, a young vegetarian goes off to veterinary school but is pressured into eating raw meat for the first time, which awakens some unexpected urges in her.

This French film was one of the very best movies of 2017 in any genre, and although it’s not too scary, it is certainly not one to watch if you can’t stand gore. In fact, there were famously reports of moviegoers fainting during the first screening at the Toronto International Film Festival.

It’s not just a gore-fest, though. This is a beautifully crafted story about peer pressure, adolescence, and the relationship between sisters that is as emotionally affecting as it is nauseating. Assuming you can stand some gore, it’s an absolute must-watch, as it belongs on any list of best horror films released this decade.

This might be one to save in your list for October, although there’s nothing wrong with getting in the Halloween spirit a few months early.

This anthology film tells ten stories that all take place in the same suburban town on Halloween night. Each one comes from a different writer and director, and the film covers all corners of the horror genre, from stories of ghosts to witches to monsters and serial killers.

As with any horror anthology, some stories are much better than others, but luckily, they’re all brief enough that even if there’s one you don’t like, you’ll be on to a story that’s more your speed within a few minutes. It’s not the greatest horror anthology out there, but it’s a fun one, and it has a lighthearted, festive spirit to it that prevents it from ever becoming too oppressively scary.

Let Me In | Relativity Media

Matt Reeves’s 2010 romantic-horror film Let Me In is the American remake of the original Swedish film Let the Right One In, and while the original is definitely superior, this is still one of the finest American horror remakes there is.

Kodi Smit-McPhee stars as Owen, a young boy who is being bullied in school and who forms a friendship with a vampire, played by Chloë Grace Moretz.

But Twilight this is not, and the film deals with the harsh realities of life as a vampire head-on. It’s as dark and disturbing as it is hauntingly beautiful. Even if you’ve seen the original Let the Right One In, Reeves’ take on the story is worth watching.