How ‘Agent Carter’ Changed the Marvel Universe for Good 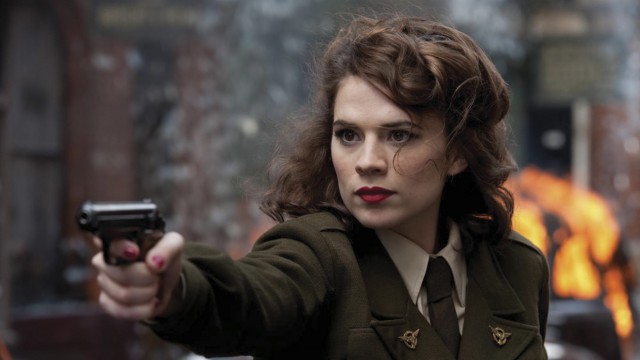 The Marvel Cinematic Universe is one replete with characters from every walk of life. But one thing that’s been missing from it until very recently has been a leading lady. Sure, Scarlett Johansson’s Black Widow has gotten some good screen time as one of the Avengers, but she’s largely been relegated to a supporting role. ABC’s Agents of SHIELD also features a cast of strong women, but again, they’re merely parts of an ensemble cast. The recently concluded Agent Carter though, shattered this mold.

Agent Carter accomplished a few things that have never happened in the Marvel Universe. First and foremost, we had the very first female lead in a Marvel TV or film property, centering around Peggy Carter post-Captain America. It’s set in the post-World War II 1940s, as Carter struggles to combat the sexism inherent to her time. She spends a better part of the mini-series getting underestimated by both her allies and foes alike, and using that to her strategic advantage. She’s a strong, independent woman who time and again proves herself to be smarter and infinitely more capable than her male counterparts.

This runs in stark contrast to the rest of Marvel’s films. Going down the list, there’s a decidedly male lean for lead characters that includes Thor, Iron Man, Captain America, The Hulk, and plenty more. Agent Carter acts as the antithesis to this trend, not simply just by having Peggy Carter at the center of the story, but also in having her overcome the world trying to marginalize her role as a woman.

A number of other things have changed now that Agent Carter has come to an end though. For the first time since Captain America: The First Avenger, we’re seeing the origins of the MCU, only without the superheroes who compose it. What it did in its eight-episode run was contextualize what we already know, showing us the early days of SHIELD back when it was the SSR (Strategic Science Reserve). We see a world not fully aware of what’s to come, simplified down to its base elements. In doing this, Agent Carter makes itself a stand-alone property rather than an origin story for yet another superhero.

Between this added context and the status of Peggy Carter as Marvel’s first TV/movie lead, we have ourselves a show that changes the landscape of the rest of the MCU in a largely positive way. Not to mention, now Carter herself has a full-on backstory integral to the greater fate of our heroes who show up decades after she’s out of the game. We’ve spent so much time in the Marvel world moving forward toward the next Avengers movie, that in many ways we’ve almost forgotten what it took to get our heroes to where they are now. Agent Carter gives us just that.

The future of the mini-series is unclear, but ABC’s entertainment president Paul Lee did admit that the network “feels very optimistic about it.” Whether that translates to a longer run for Agent Carter remains to be seen, but if Marvel knows what’s good for them, you can bet they’ll green-light as many seasons as it takes to finish out the story.