How ‘American Horror Story’ Will Live On Without Lange 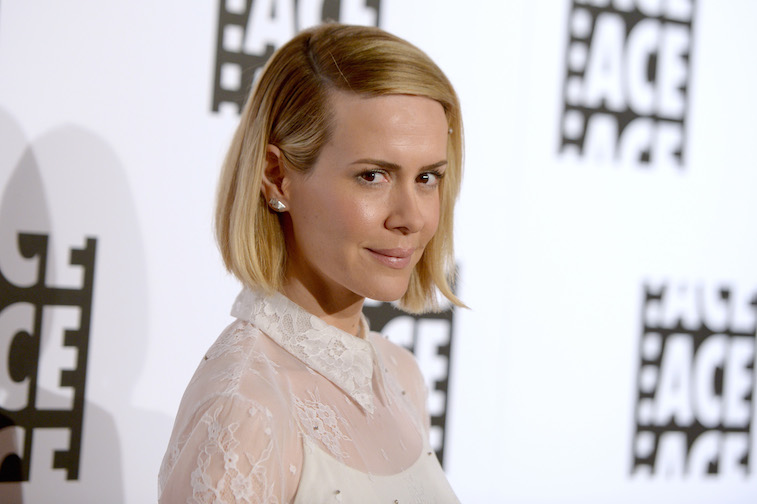 Fans of American Horror Story have now had time to let the news sink in that the star of the previous four seasons, Jessica Lange, won’t be returning to the show for its fifth installment. Lange, who played characters including a depraved nun and the leader of a witch coven over the course of the acclaimed horror anthology series, made the announcement at the PaleyFest last month. Luckily, fans have two of the series’ mainstays to carry on the AHS name.

The fifth installment in the series is subtitled Hotel, from which we can surmise it will take place in a creepy hotel. We also know that pop star Lady Gaga will have her biggest acting role to date on the season. But she is, of course, no replacement for the inimitable Lange.

Creator Ryan Murphy has announced that Sarah Paulson, who has been with the show since the first season, will return for Hotel to play “the baddest girl of them all,” he tweeted. That news comes less than a week after Murphy announced, also on Twitter, that Kathy Bates would be returning to the show as well. “Kathy Bates is running the Hotel,” Murphy wrote.

Bates appeared on AHS Seasons 3 and 4, playing the infamous Louisiana socialite and serial killer Madame Delphine LaLaurie in Coven and a bearded lady in Freak Show. Landing the Oscar winner for the series was another big win for Murphy after getting the legendary Lange to star on it. Paulson has appeared on every season of the series. On Freak Show, she played her most outrageous character yet, a two-headed Siamese twin.

“My focus will always be on American Horror Story for as long as he’ll have me,” Paulson told The Hollywood Reporter in December. “I have never felt so completely seen by another director or producer or person before in terms of his willingness time and time again to give me something to do that I didn’t even think I was capable of doing. I don’t know why in the world I’d want to go elsewhere when I’m getting the best deal in town. I absolutely want to do Season 5.”

Murphy has inspired a great deal of praise from the actresses he’s worked with on the show, as well as from television critics for his portrayal of female characters. Murphy has been lauded for using the show to help revive the later careers of actresses including Lange and Angela Bassett. Paulson has done well for herself working with him, having earned two Emmy nominations for Seasons 2 and 3.

Still, the announcement that Paulson will appear on Freak Show was a bit of a surprise, given that she is also starring on Murphy’s American Horror Story spinoff American Crime Story. Apparently she was able to work both projects into her schedule and so enjoys working with Murphy that it was worth it to her to do so.

Lange was always highly creatively involved with the series, so it will be interesting to see how AHS moves on without her both as the star and giving other input. With Paulson and Bates involved, Murphy has made sure to maintain familiar faces for fans, star power, and the great actresses the show is known for. AHS will live on without the irreplaceable Lange.