When Jersey Shore got its start, the cast was entirely unheard of. Nobody knew how a reality show about partying at the beach would go over with audiences. But ultimately, it was a major success. To date, the show is one of the most successful experiments MTV has ever seen. Today, most of its cast members are living lives of luxury — but one former cast member, known as DJ Pauly D, is worth millions more than his friends. 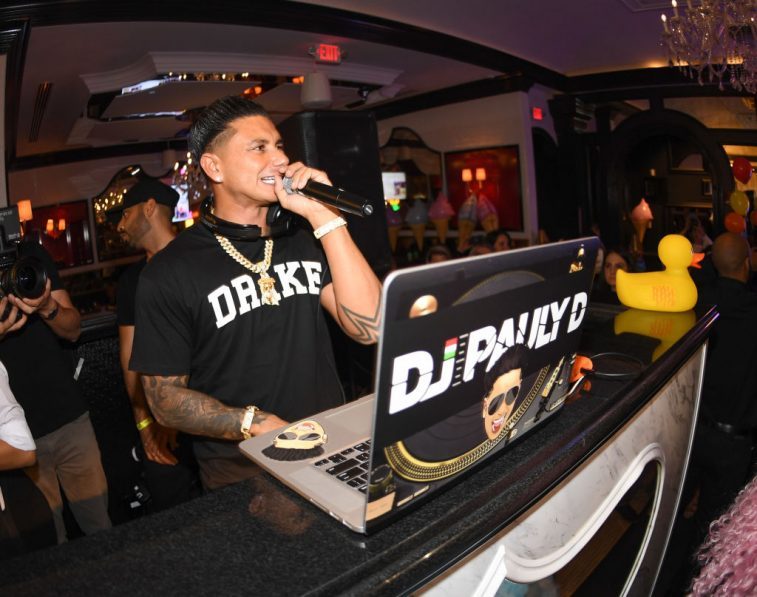 When the show premiered, the cast wasn’t getting paid at all

Nicole “Snooki” Polizzi revealed that the Jersey Shore cast actually didn’t make any real money for being on the first season of the show. Instead, MTV gave cast members a $200 gift card to the Shore Store, the store where they were all required to work, as compensation. If you watched the show from the start, you’d see that over each season, their clothes became nicer, their cars became nicer, and more. It was evident that they were making a bit more money every summer.

By the end of the final season, some cast members were making $150,000 per episode

Pauly D and Snooki were the highest-paid cast members on the show by its final season. The two were reportedly making $150,000 per episode. But other members of the house were making no less than $40,000 each, so it seemed like everyone had a pretty good deal. It’s unclear how MTV divvied up the cast’s salaries, but Pauly D and Snooki were two of the most well-liked cast members who brought a ton of entertainment to the show, so it makes sense that they would be the highest paid.

When Pauly D was on the show, he often expressed his love for DJing. As a member of the show, the public got to see his skills, and soon he was being asked to makes various appearances at nightclubs as the DJ. The show helped his career take off. But some were skeptical of his skills, since he appeared to be nothing more than a guido with a DJ hobby. But Pauly D began charging thousands of dollars to DJ various events once the show ended. He even got a stint on Britney Spears’ tour. According to Forbes, in 2012 (when Jersey Shore came to a close) Pauly D had reportedly made $11 million in DJ gigs throughout the year.

Today, he’s worth as much as $24 million

Not only is Jersey Shore still going strong with its new spinoff, but Pauly D’s career doesn’t seem to be faltering, either. People reported he’s worth as much as $24 million, thanks to his highly successful career as a DJ. On the new show, he frequently has to leave early and travel plenty in order to attend all of his booked gigs. He started out as a “nobody” on a reality television show and quickly became the highest-paid cast member — and one of MTV’s most successful cast members ever.