How Do Chip and Joanna Do It All? Chip and Joanna Gaines have been quite busy over the past couple of years. Between raising a family, doing television appearances, running several businesses, and starting a new TV network, most people wonder how they accomplish so much. How do Chip and Joanna do it all? Not long ago, Joanna revealed how she and Chip manage to do everything and still keep it together. Read on for more.

Some speculate Chip and Joanna have a nanny

With five kids and multiple businesses, it wouldn’t be a surprise if Chip and Joanna had a nanny to help with the children. They’ve remained silent on the issue, but one or even two nannies would make sense. Especially now that the duo is launching their new network, they will need all the help they can get.

Their older children pitch in

During an appearance on The Tonight Show Starring Jimmy Fallon Joanna said the older children help out at home. “The oldest is 13, the youngest before Crew is 8, so we have a lot of help. All our kids love to hold the baby,” Joanna told Fallon. 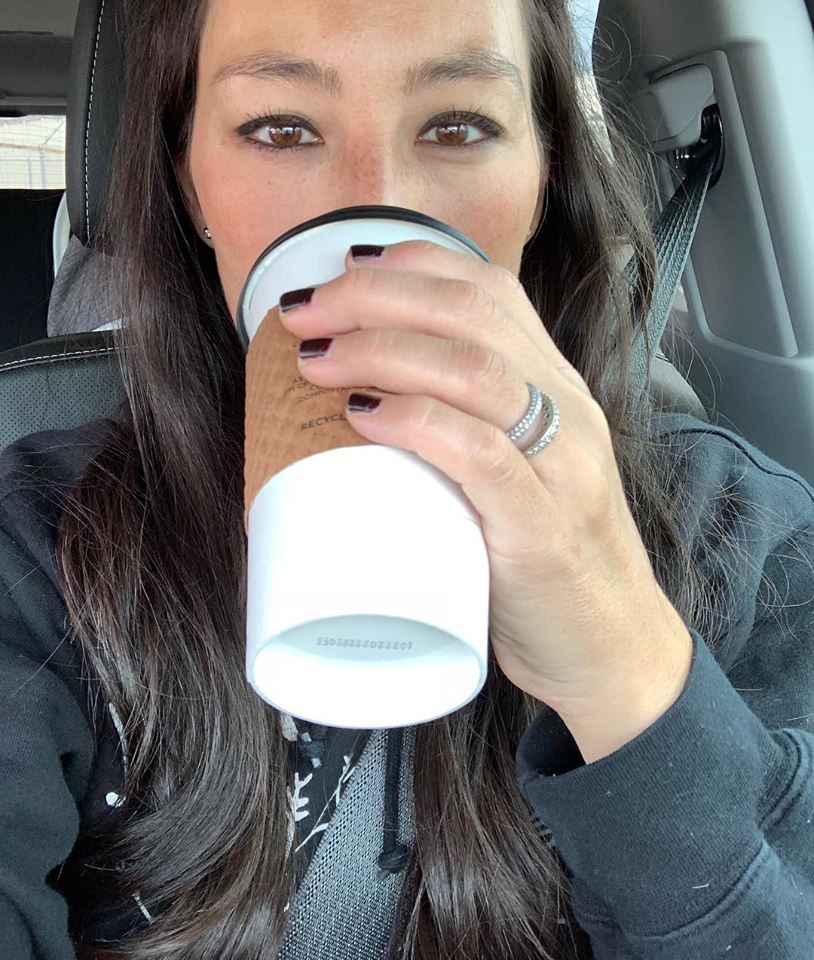 Joanna isn’t shy about her love for coffee. Apparently it’s one of her secret weapons for powering through the work day. “Thankful for coffee. And sweats. And mostly I’m thankful for home. Thank you guys for all of your support this week with my book launch,” wrote Joanna on her Facebook page.

The couple said they ended Fixer Upper so they could spend more time with their family. The taping schedule was becoming a strain. They were filming 11 months out of the year since the show began in 2013. Chip and Joanna told the Today show they want to slow down and give more time to their family. This isn’t the first time they decided to slow down. Back in 2005, Joanna closed the original Magnolia shop, so she could focus on her family.

They seek God for direction Chip and Joanna also rely on faith to get them through challenging times. Joanna said she turns to God for help when she needs guidance. In a video for Baylor University, Joanna talks about how God is a guiding force when she needs advice on career and family issues. She says her reliance on God’s direction helped her make the decision to close the original Magnolia store.

I was also pregnant with my second child, and I really felt like God was saying, ‘Hey, I want you home, I want you raising those babies at home, at this age.’ And I remember the last day, we’re closing the shop down, and I’m crying because I feel like it’s the end of a dream, and I hear God say very clearly, ‘Joanna, if you trust me with your dreams, I’m going to take Magnolia further than you could have ever dreamed, so just trust me.’ And I remember hearing that and feeling completely peaceful about it. And I walked away.

Their biggest secret: they don’t do everything

The big secret to how they do it all is that they don’t do it all. When a fan asked Joanna how she does everything, she said that she simply doesn’t. On the Magnolia blog she shared this honest answer: “Short answer is I don’t. Do I fail and make mistakes? Every day. I have an amazing husband, a wonderful support system and a strong faith that God would not have brought me this opportunity without giving me the strength and grace to fulfill it.”

What are Chip and Joanna doing now?

The duo and Discovery are in talks to develop The Magnolia Network. The network could be on the air within the next 12 to 18 months, reports USA Today. Chip and Joanna will own a minority stake. The Magnolia Network will reportedly replace an existing, underperforming Discovery network. A source told USA Today that candidates for replacement include DIY, Destination America, or Great American Country.

Read more: Will ‘Fixer Upper’ Come Back on Chip and Joanna’s New Network?