How ‘Forza Motorsport 6′ Became So Realistic 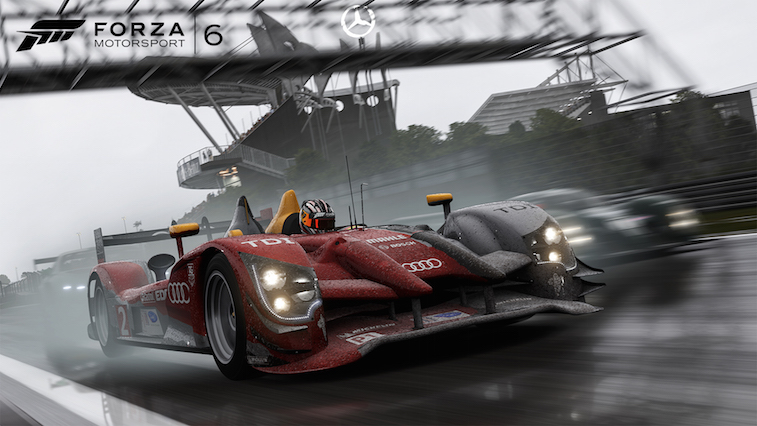 Most video games offer some kind of wish fulfillment. Whether you’re a soldier single-handedly taking on an army or a quarterback throwing the winning touchdown pass, games can let us experience things we’ll never do in real life. If you want a garage full of cars that dwarfs even the most ardent collector, you’ll probably love Forza Motorsport 6.

But the game is much more than that. “Forza Motorsport 6 is the ultimate car fantasy,” John Wendl told me in a recent interview. I can attest to that statement; I’ve been playing the game for a week and have already amassed a collection of cars that would cost several million dollars in the real world. I’ve also pushed them to their limits on the most famous race tracks in the world. And since I won’t be able to race my friends in a 1954 Mercedes-Benz 300 SL Coupe in real life anytime soon, the digital version is the next best thing.

John Wendl is the content director at Turn 10 Studios, the maker of the Forza series. He’s one of the original founders of the company, dating back to 2001, when Microsoft was looking to make a realistic racing simulator to take on Sony’s Gran Turismo series. Core Forza games have come out on Xbox systems like clockwork every two years since the first game launched in 2005. The latest one, Forza Motorsport 6, builds on the previous games while leveraging the horsepower of the Xbox One.

The result is a game that’s impressively realistic and, as Wendl says, the “biggest and most comprehensive game in the Forza franchise to date.” The game comes with 460 intricately detailed cars, as well as 26 tracks, many of which are one-to-one recreations of tracks any racing fan will instantly recognize, like Watkins Glen, Yas Marina, and the Indianapolis Motor Speedway.

You can read my impressions of the game here, but after playing Forza 6, I wanted to learn how the development team managed to recreate not only the look and sound of each of the cars and tracks, but also the way the vehicles handle. 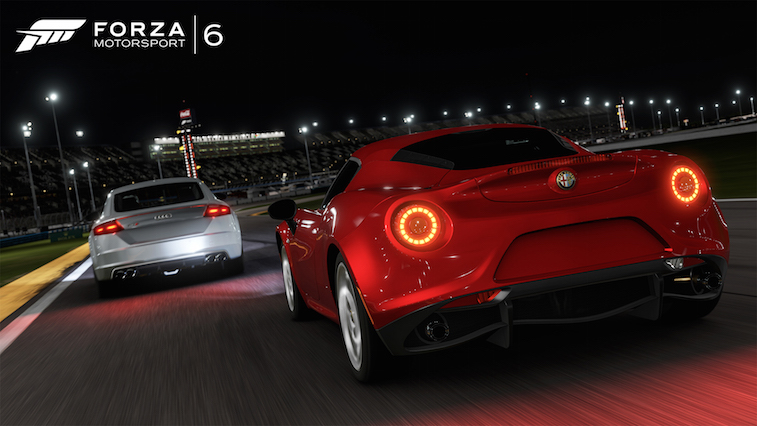 To bring real-life cars from all eras into the game, the developers pulled information from a variety of sources. Some vehicle manufacturers were able to provide the Forza team with CAD (computer-aided design) files for the cars. For some cars the team got their hands on, they used digital laser scanning and a proprietary photo-tracking technology to bring them into the game.

Wendl said, “This allows us to faithfully recreate every fine detail and subtle curve with unprecedented accuracy and beauty. We pool this information together to create the digital model of the car, taking into consideration all of its physical properties and capabilities. We take a tremendous amount of care to make sure our cars are as accurate as possible – they need to look right, sound right, and perform precisely as the real car does in the real world.”

Speaking of sounds, every race in the game is accompanied by an aural array of revving engines, screeching tires, and weather conditions as you race.

“Our team records all of the ambient noises such as wind, debris, rain drops, etc.,” Wendl said, “but it’s the sound of the engine that provides the true character of each car. We strap the car down to a dynamometer and put microphones at various points around the car such as the intake, engine itself, and exhaust, as well as inside the cockpit. By running the car on this dyno, we can eliminate many of the ambient noises that would occur when trying to record the car at speed on a track, and we can also put the car under extreme positive and negative load. Cars sound very different just revving the engine in neutral versus straining the engine under hard acceleration and deceleration forces.

“The tire sounds are the other critical piece, because they offer important cues back to the player about the current state of traction. We record tire sounds under acceleration, braking and severe cornering loads, past maximum slip angle, so that players can predict when the tires are about the lock up under braking, spin out under acceleration or slide during hard cornering.” 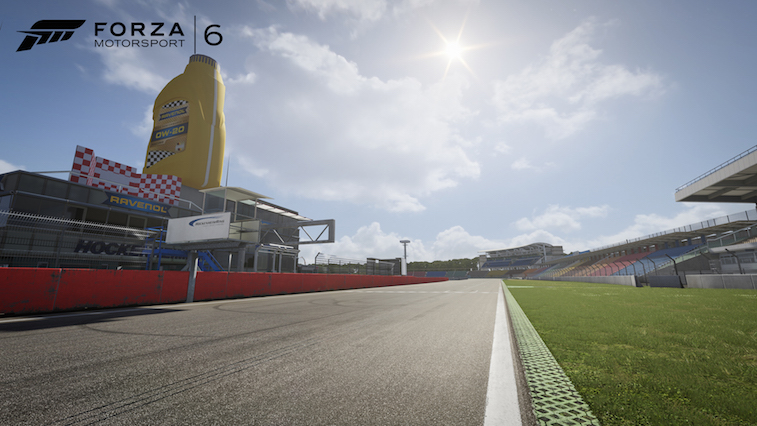 The tracks go through a similarly thorough process as Turn 10 recreates them in the game. Wendl said, “The track list in Forza Motorsport 6 is a combination of real-world race circuits, laser-scanned to be precise recreations of their real-life counterparts, and fictional tracks based on real-world locations, that have been specifically designed to provide players with amazing racing experiences.

While previous installments of the game had the team traveling to race tracks to take photographs and record hand-made measurements, they now have much more sophisticated technology on hand that results in ultra-realistic representations of the tracks.

“Over time the process has evolved, from video reference, to GPS technology and now to laser scanning, where Turn 10 engineers are able to capture entire track geographies – from the track surface to the paddock architecture – using cutting edge laser-scanning technology, which provides sub-centimeter accuracy for all surfaces from tracks to building facades,” Wendl said.

“With Forza Motorsport 6, the Turn 10 track artists have tightly integrated track development into the ForzaTech engine, which drives the graphics and physics implementation in Forza Motorsport 6. This integration has ensured optimal environment rendering, and allows us to bring 24-car races to life (our largest fields yet) while still maintaining a rock-solid 60 frames per second.”

The cars also handle in noticeably different ways depending on the surface you’re driving on, whether it’s tarmac, cement, grass, or gravel. Additionally, each surface feels different in wet and dry conditions, as well as during the sun-baked daytime or the cool nighttime.

“In essence,” Wendl said, “we have implemented a ‘porosity’ value for each of the 148 drivable surface types we use in the game, which describes how much water that surface will absorb or shed and ultimately determines how much traction that surface will provide. Whether you’re aquaplaning across a 3D puddle on Brands Hatch, or fighting for traction on the concrete at Sebring, we want players to feel the tense and thrilling experience of racing in extreme wet-weather conditions.”

All of which is to say that Forza Motorsport 6 uses an exhaustive array of technology to create the most realistic driving experience possible — all in service of making players feel like a professional racer, with a car collection even billionaires could only dream of attaining.

A whole lot of time, money, energy, talent, and passion goes into creating each new installment of the series. The results are well worth a look, whether you’re racing game newbie or a seasoned pro.