Leave it to eagle-eyed social media users to dissect the photos of Tristan Thompson allegedly being unfaithful to Khloe Kardashian and spot another famous star in the frame to drag into the drama.

The internet erupted after pictures were published of Gabrielle Union outside the same hotel at the time Thompson was with one of the women he allegedly cheated on Kardashian with. The actress was seen smiling as she exited a vehicle right near them, leaving many fans to wonder what she was doing there?

Here’s more on the viral snapshot and what Union has said about being in that picture.

The video has circulated all over social media. | So Funny I Forgot to Laugh via YouTube

On April 10, 2018, the Daily Mail and TMZ released videos of a man who appeared to be Thompson at a club kissing and touching multiple women. Another video showing the basketball star entering and leaving a hotel with an Instagram model also made the rounds.

The photos of the model and the NBA star garnered a lot of attention especially since Union is in background of one of the pictures.

Next: Why would Union be involved in publicity stunt?

Were photo, videos staged for new season of KUWTK?

Within hours of the videos being made public, people immediately began questioning the timing of their release and accused PR genius Kris Jenner of deliberately staging everything to create buzz for the new season of Keeping Up with the Kardashians.

However, if that were the case it wouldn’t make sense to involve Union.

Next: Actress is caught in the same frame as Thompson’s alleged mistress.

Photo shows Union in the background

The Shade Room posted the photo featuring the Breaking In actress on its Instagram page with the caption, “Meanwhile, Gabrielle Union was spotted minding her business in the background of the footage of #TristanThirdTrimesterThompson & his side piece, but inquiring minds want to know — what’s the tea sis?”

Next: Everyone wants to know what the deal is.

Gabrielle Union’s name somehow made her way into the drama. | Dimitrios Kambouris/Getty Images for Michael Kors

Fans began flooding Union’s social media accounts with that exact question and wanted to hear what she knew about Thompson and the mystery woman.

But Dwyane Wade’s wife wasn’t going to let everyone draw their own conclusions about what she was doing there so she decided comment directly to the Shade Room’s post.

Next: Union is not here for your assumptions.

She sounded off on social media. | The Shade Room via Instagram

Union took to the media outlet’s comments section to shoot down any rumors before they started.

She made it clear that she had nothing to do with whatever Thompson and his lady friend were doing writing, “Don’t know her. Didn’t see her. I was enjoying my night with my mama and aunt. We ain’t involved in this.”

While accusations about Thompson’s alleged transgressions were making news, Kardashian was just days away from giving birth to their daughter.

Their little girl named True was born on April 12, 2018, at a hospital in Cleveland, Ohio. Conflicting sources have reported that the Revenge Body host could be returning to Los Angeles to live with her family or stay with Thompson in Ohio.

Next: Kardashian remains undecided on future.

The reality star is still unsure what future holds 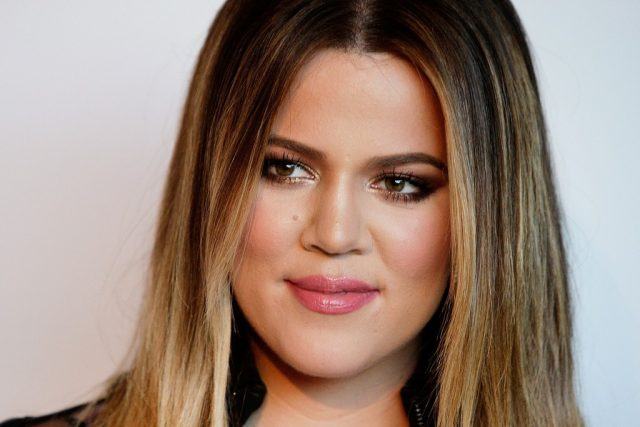 She has not made an announcement regarding Tristian Thompson. | Lisa Maree Williams/Getty Images

As for if Kardashian is willing to forgive Thompson? Some sources have claimed she already has but another insider told People she isn’t ready to make a decision on their future right now.

“She’s not going to be making a firm decision one way or the other just yet. She is concentrating on the baby,” the insider said. “The baby deserves that, and Khloé is focusing on being a mom and this early bonding experience. That applies to Tristan bonding with his daughter as well. As for her relationship with Tristan, she’ll look at next steps when she’s ready.”

So far Kardashian and her family members have not publicly addressed her plans or the accusations against Thompson.