How ‘Guardians of the Galaxy Vol. 3’ Might Be Crucial to the Future of the MCU

After Avengers 4, the Marvel Cinematic Universe is going to look a lot different, and it appears that Guardians of the Galaxy Vol. 3 will play a key role in moving the franchise forward.

After all, in addition to wrapping up some storylines, Vol. 3 is going to set up a bunch of new ones, and it may introduce two characters who would then show up in future Avengers films (page 4 and 6).

Here’s a look at what we know about Guardians of the Galaxy Vol. 3 and why it seems like it will be so significant.

1. It will take place after Avengers 4

An additional film would continue the story from Avengers 4. | Marvel

Guardians of the Galaxy Vol. 2 took place about four years before the events of Avengers: Infinity War, with the latter film “killing off” every Guardian except for Rocket. So will the third Guardians installment jump back in time? We now know it won’t, as director James Gunn has confirmed the movie takes place after Avengers 4.

Obviously, everyone already assumed that Star-Lord, Drax, Groot, and Mantis would be rescued after disappearing at the end of Infinity War, but this would seem to confirm it. It doesn’t confirm whether Gamora returns, though.

Next: Gunn on how the movie will impact the future of the MCU

Gunn has said that the next Guardians film won’t just be another entry into the MCU; it will actively set up decades of future stories. During a Facebook Q&A session in 2017, Gunn said that Vol. 3 will “help to set up the next 10, 20 years of Marvel movies.”

Gunn also told Vanity Fair that while Avengers: Infinity War and Avengers 4 are the end of an era, the third Guardians “is a big part of the beginning of what comes after that.”

Next: We’ll be saying goodbye to some characters in the movie, though.

3. It’s the last movie with this version of the Guardians 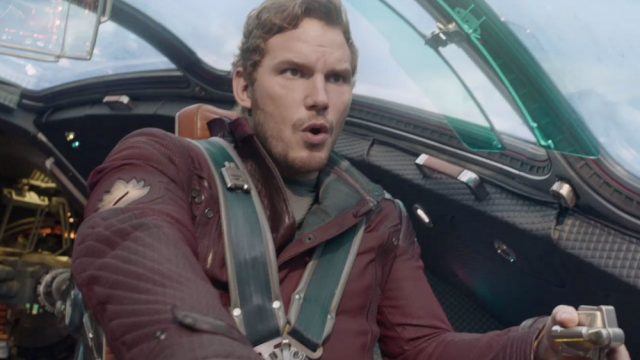 In addition to setting the stage for what’s to come, Vol. 3 will also serve as something of a conclusion. Gunn said in 2017 that Vol. 3 will “be the last movie of this version of Guardians of the Galaxy.”

It sounds like some of the film’s characters may return past Vol. 3 but some won’t. Gunn said on Facebook that the movie will “help catapult both old and new Marvel characters into the next ten years and beyond.”

Next: This key character may come into play.

4. It may introduce Nova

Gunn mentioned that Vol. 3 will introduce some new characters. So who might he be referring to? One strong possibility is Nova, a superhero from the comics whose real name is Richard Rider. His origin story is tied up with the Nova Corps., which we already saw in the first Guardians of the Galaxy; that was the intergalactic police force that John C. Reilly’s character, Rhomann Dey, was a part of.

Gunn hasn’t confirmed that Nova will be in Vol. 3, but he has said it’s a possibility. In a Facebook Live Q&A, he mentioned that Nova is “someone we might use.” More recently, Marvel Studios President Kevin Feige said that Nova has “immediate potential” in the MCU.

Next: Nova may actually have already been set up.

5. Nova’s backstory may have been in Infinity War

Was the setup for this character perfectly laid out? | Marvel Comics

There’s another reason to believe that we’ll see Nova soon: His origin story was actually subtly set up in Infinity War. In the comics, Rhomann Dey becomes the last surviving member of the Nova Corps. after his planet is destroyed. As he is dying, he selects a teenager at random to inherit his powers.

The beginning of Infinity War establishes that off-screen, Thanos has decimated the planet of Xandar, the capital of the Nova Empire, in order to get the Power Stone. We don’t see this happen, but it’s reasonable to assume that he wiped out the Nova Corps. in the process.

If so, that could mean that Rhomann Dey has already selected Richard Rider to inherit his powers, and Nova now exists somewhere in the Marvel Cinematic Universe just waiting to be introduced in Vol. 3.

Next: This other character may also come into play.

6. It may introduce Adam Warlock

There’s another character who Vol. 3 will likely introduce and who could become a key part of the MCU going forward: Adam Warlock.

This character was actually already set up at the end of Vol. 2, with Ayesha creating Adam in order to destroy the Guardians. This post-credits stinger would seem to imply that Adam will be a big part of Vol. 3, though Gunn has said that this is technically not guaranteed.

Adam is a pretty significant and powerful cosmic character in the comics, so it’s fair to say that he’ll be quite important as soon as he enters the MCU. Because of his connection with Soul World, the dimension inside of the Soul Stone, some fans have assumed that Adam will come into play in Avengers 4, but the movie’s directors have confirmed that this is not the case.

Next: Will this be the future of the series after the third film?

7. Some characters from the film could get spin-offs

Rocket Raccoon in Guardians of the Galaxy Vol. 2 | Marvel

None of the characters from the Guardians films have had their own movies so far, but it sounds like that could change. After all, Gunn has said that he is “shepherding the future of the Marvel cosmic universe.” He also said that he is helping to create movies “around” Vol. 3. And he has stated that multiple cosmic movies after Vol. 3 are already being written.

This could mean that Guardians like Rocket could get their own spin-offs; Gunn previously said that Rocket’s origin would be explored in “the coming sagas,” possibly suggesting we’ll see him after Vol. 3. But there could also be a Ravagers movie or maybe a Nova or Adam Warlock film. Either way, it seems that Vol. 3. will have a massive impact on the Marvel stories to follow.