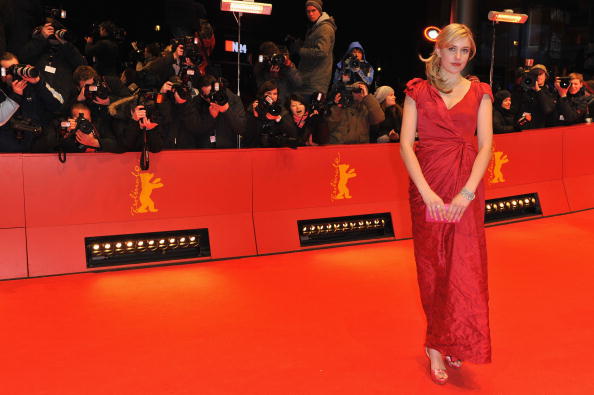 For those still drying their eyes after Monday’s How I Met Your Mother finale, wondering how you’re going to spend all that free time you now have on Monday nights, never fear, for a spin-off is here. Or almost here. The show’s creators, Carter Bays and Craig Thomas, are producing a pilot called How I Met Your Dad for CBS that will retain HIMYM’s charm but won’t contain any of that series’ characters.

How I Met Your Dad will star indie darling Greta Gerwig as a woman whose marriage is falling apart and must lean on her close friends for support. Similar to its predecessor, it will follow her on the journey to finally meet her one true love who will become the father of her children. Gerwig told E! Online that the show will have the humor and sentimentality of the original. “It’s funny. It shares the heart and soul with the original show, so it has the sweetness and the funniness,” she said. Gerwig will also be involved behind the scenes should the pilot be picked up, sharing writing and executive producing credits with Bays and Thomas.

Gerwig plays a woman named Sally who has been reluctant to grow up and whose recent marriage is crumbling because of it. Comedian Drew Tarver will play Sally’s best friend and former roommate who’s now in a same-sex marriage with her brother, played by Andrew Santino of Mixology. Her best female friend will be a fashion blogger played by Tiya Sircar, and Masters of Sex’s Nick D’Agosto rounds out the group.

The hourlong series finale of How I Met Your Mother, which wrapped up nine seasons of the show, has been hotly debated, with some fans saying it made them lose faith in television as a whole and others defending the show’s unexpected (or maybe expected) end. While rumors about the characters from HIMYM being involved with the new pilot have been swirling across an Internet filled with broken-hearted fans, Bays and Thomas don’t seem to want to go there.

While HIMYM’s creators have been pretty quiet about what the new pilot has in store, they have repeatedly insisted that what’s done is done in terms of the first series. “The thing that’s most important to us is that How I Met Your Mother has its own ending, and then that’s it. It’s contained, it’s done. And then in the fall, if we succeed with the spinoff, we will have to make our case to the audience in a whole new way, with a whole new world, with whole new characters,” Thomas told reporters last year, according to The Wrap. “And that feels right; we want to honor How I Met Your Mother with the cleanest ending possible. And then, should [the spinoff] go forward, that will have to earn the love again in a new way and just be its own charming, different thing.”

Greta Gerwig’s starring role as the next Ted Moseby has crushed rumors that Cristin Milioti, who came in to HIMYM’s ninth season as the titular “mother” character, will be the focus of the spin-off. How I Met Your Mother had its inevitable ups and downs over the course of nine years, but the show did prove itself to be good at telling an entertaining, modern love story. It remains to be seen if Gerwig and company can pull off similar chemistry with Bays and Thomas’s direction.