How Jonah Ray, Wil Wheaton, and Others Have Responded to the Chris Hardwick Allegations 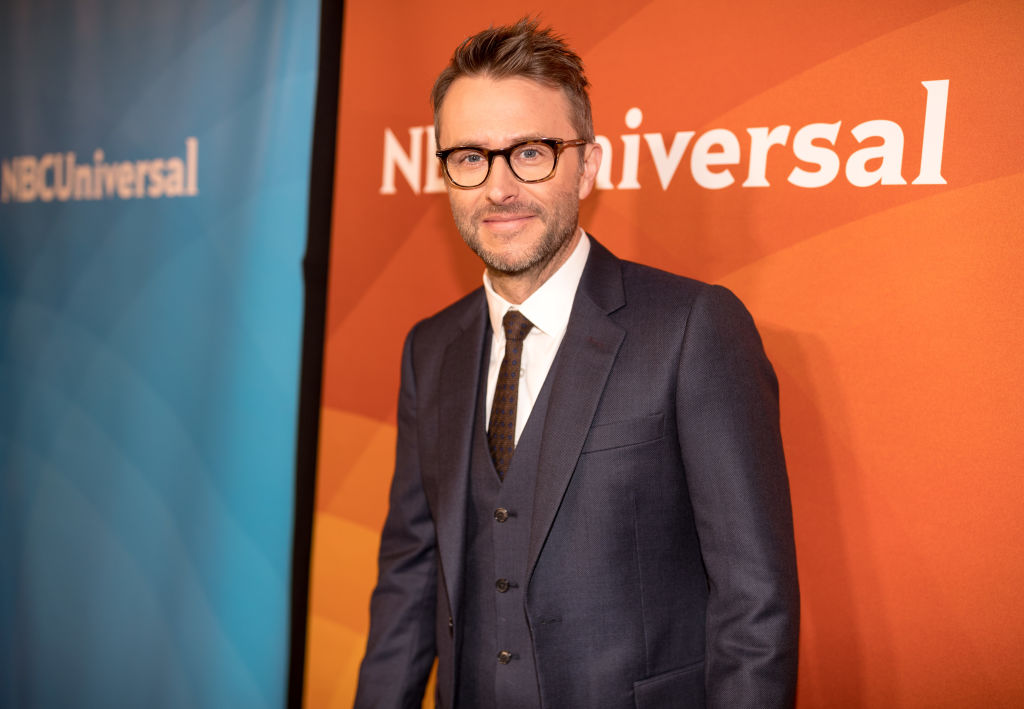 It has now been six days since Chris Hardwick’s ex-girlfriend Chloe Dykstra accused him of emotional and sexual abuse. In the aftermath of this allegation, AMC pulled Hardwick’s show from the air. But how are Hardwick’s personal friends and colleagues responding to this scandal? Do they support him?

One person many have been curious to hear from is Jonah Ray, one of Hardwick’s podcast co-hosts. Ray has not actually released an official statement, but that doesn’t mean he hasn’t weighed in in a subtle way.

For some context, when Hardwick released a statement denying the allegations, he noted that “as a husband, a son, and future father,” he would never condone the kind of behavior Dykstra described. This statement was widely mocked on social media, including by Megan Beth Koester, who tweeted on Sunday, “Happy future Father’s Day, Chris Hardwick!!!”

Ray liked this tweet by Koester. So while it’s unclear how he feels about the allegations, clearly Ray is of the opinion that Hardwick’s response was weak and deserving of mockery.

Ray also tweeted a series of GIFS on Monday from the movie River’s Edge, which is about a group of teenagers forced to deal with the fact that their friend has killed his girlfriend. He wrote at the start of this thread of GIFS, “Me RN (THREAD).” Many interpreted this as Ray saying he felt like the characters in the movie because of the situation with Hardwick.

Felicia Day is another person who has worked with Hardwick a lot. She responded on Twitter by writing:

“I was so shocked and sad to read @skydart’s post this morning. I’m having a lot of feelings I’m grappling with but more than anything my heart goes out to her.”

Ray liked this tweet by Day, and so he presumably agrees with the sentiment.

In addition to Ray, Matt Mira has also spent years as Hardwick’s podcast co-host. Mira did not release a statement of his own in response to the allegations against his colleague. However, he did retweet Felicia Day’s statement, noting, “This is as good as it can be said.”

Many Nerdist fans were also curious to hear from Wil Wheaton, who is close friends with Hardwick in real life. On June 15th, Wheaton wrote,

“I’m shocked, and I’m sure you’ll understand that before I’m ready to make a public statement about my best friend to 3 million+ people, I need some time to process what’s going on and put words to my thoughts. Thanks for listening and understanding.”

What’s especially noteworthy is that virtually nobody has come to the defense of Hardwick with the exception of Patty Hearst, his mother-in-law. She tweeted a message about people stabbing you and then claiming that they’re the one who is bleeding, obviously in reference to Chloe Dykstra.

Nerdist, the company that Hardwick founded, immediately distanced itself from him last week. The company has now scrubbed his name from its about section and said in a post on its website:

“We were shocked to read the news this morning. Nerdist prides itself on being an inclusive company made up of a positive, diverse community of people who come together to share, celebrate, and discuss the things we love. That type of behavior is contrary to everything we stand for and believe in, and we absolutely don’t tolerate discrimination, harassment, and other forms of abuse.”

In general, though, it sounds like a lot of people who have worked with Hardwick felt that the allegations were credible. One former employee told The Wrap:

“Nobody’s surprised. Everyone can think back to incidents with Chris that line up with something in that story. You don’t see anybody saying ‘That’s not the Chris Hardwick I know,’ because that is the Chris Hardwick most people know.”

Many Nerdist employees have called out Hardwick as well. Donna Dickens, a writer for the site, said on Twitter that the allegations do not surprise her. “As someone who writes for Nerdist, let me just say…Chris Hardwick is a piece of trash and I believe women,” she wrote.

Rachel Heine, the website’s editor-in-chief, said that she believes Dykstra and that Hardwick’s actions do not fit the values of the company. She wrote,

“I believe women. I believe all victims of abuse. This is not the Nerdist that our wonderful team has built, and I am heartbroken over all of this. Sending love and support to anyone who needs it today.”

Another Nerdist writer, Scott Weinberg, left the site because of this scandal.

Outside of Nerdist, those at AMC have distanced themselves from Hardwick as well. His show Talking was scheduled to return for its second season on Sunday, but the network pulled the premiere episode. It said in a statement:

“We have had a positive working relationship with Chris Hardwick for many years. We take the troubling allegations that surfaced yesterday very seriously. While we assess the situation, Talking With Chris Hardwick will not air on AMC, and Chris has decided to step aside from moderating planned AMC and BBC America panels at Comic-Con International in San Diego next month.”

NBC responded to the Hardwick allegations too, as he is the host of the network’s show The Wall. NBC said:

“These allegations about Chris Hardwick took us by surprise as we have had a positive working relationship with him. However, we take allegations of misconduct very seriously. Production on The Wall does not begin until September, and in the meantime we are continuing to assess the situation and will take appropriate action based on the outcome.”

Hardwick is continuing to deny Dykstra’s allegations. In addition to his previous statement suggesting that he’s the one who ended the relationship and that Dykstra begged him to take her back, TMZ recently published text messages between the former couple, which only could have been leaked by Hardwick himself. These texts are clearly meant to portray Hardwick in a positive light, showing Dykstra asking him to take her back.

In her original Medium essay, Dykstra said that she had “audio/video that will support and prove many of the things I’ve stated in this post.” It remains to be seen whether she will release this alleged evidence.