How Long Will the Royal Family Mourn When Prince Philip Dies? Funeral Traditions They Must Follow

Despite being alive and well, many have concerns about Queen Elizabeth II and Prince Philip’s old age. And they aren’t the only ones. Prince Harry is allegedly concerned about his grandparents’— specifically Philip’s — health, too. According to reports, the real reason for his whirlwind royal wedding at Windsor Castle was to ensure his grandparents would be alive for his big day.

Both the monarch and her husband of nearly 71 years are in their 90s and have slowed down quite a bit. Instead of living full-time at Buckingham Palace, they spend much of their time at Windsor Castle — which is reportedly why Harry and Meghan Markle chose it as their wedding venue. The queen still participates in numerous royal family engagements and is heavily involved in the monarchy. However, she recently gave up some responsibilities to other members of the family. Prince Philip retired from his royal duties last year, but still shows face at important family events. 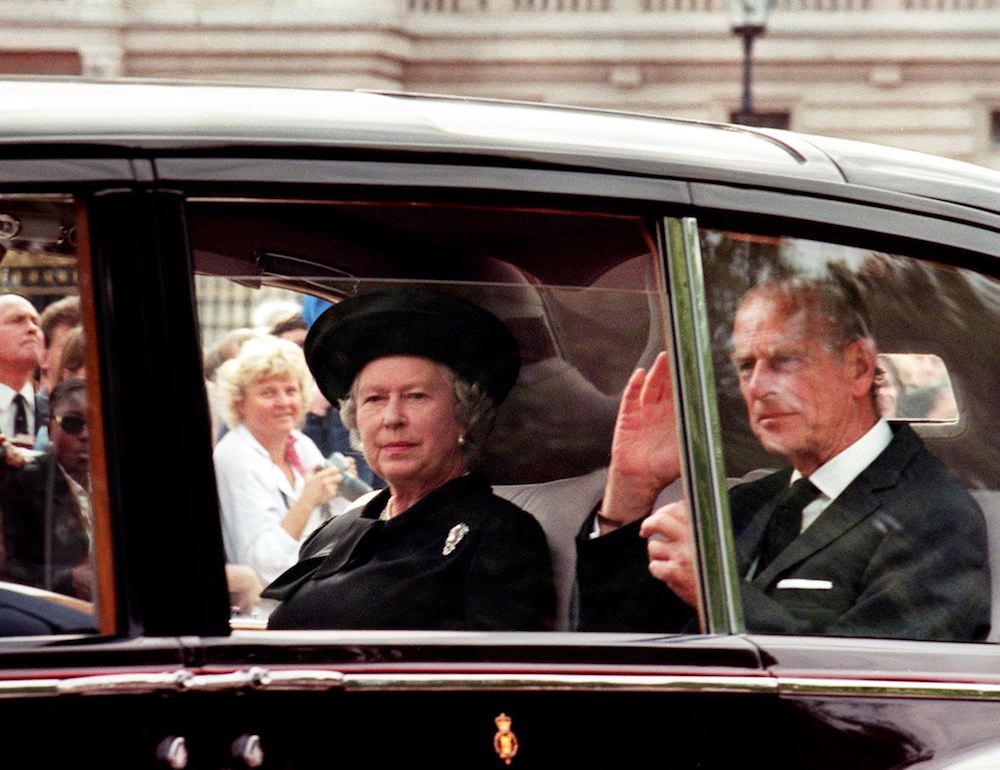 Although she is still involved, the queen understands the inevitable and already has her funeral planned. From the announcement to the mourning period, she has made what she wants clear to palace officials. With her funeral planned, we can’t help but wonder: What will happen when Prince Philip dies? And how long does the royal family mourn for? We share the details, below.

When Prince Philip dies, the public will most-likely find out via a BBC broadcast. And, should he pass away in his sleep, his death would be announced at around a.m. local time.

Because Prince Philip is the queen’s consort, he could receive a full state funeral. However, the prince has allegedly already made it clear that he doesn’t want people to make a fuss about his passing. Instead, he’s asked for a more low-key funeral at St. George’s Chapel in Windsor Castle. Family, friends, and some officials from the Commonwealth countries are expected to attend the service.

Some reports claim the queen would rather her husband have a state funeral, but she will honor his wishes.

According to the royal family dress code, all members of the family must travel with an all-black outfit in case there’s a death in the family. Should Prince Philip’s family members be away on official business (or vacation), they will likely return home in an all-black outfit out of respect for the queen’s consort.

4. His body will lie at St. James’s Palace

Following his death, his body will likely rest at St. James’s Palace — the same place his daughter-in-law, Princess Diana laid. According to the Daily Beast, the viewing will be private, and the public will not be allowed to view Prince Philip’s body.

According to the New Zealand Herald, Prince Philip will be buried in the Frogmore Gardens at Windsor Castle.

Much like the queen, the palace (including the queen, should she outlive her husband) will mourn for days. According to the Daily Beast, the mourning period is eight days long. During that time, the queen will take a break from work. As a result, She won’t be available to pass new laws, and all affairs of state will come to a halt.

In addition to the initial eight days of morning, the queen will likely go into Royal Mourning for 30 days. Once the mourning period is over, many believe she will return to her duties.

When Prince Albert died, Queen Victoria hid away at Balmoral Castle and rarely participated in official engagements and duties after.