SummerSlam 2018 is just one day away. Kicking off on Sunday night on the WWE Network, the show will be headlined by a match between Roman Reigns and Brock Lesnar for the Universal Championship. At this time, 13 matches are scheduled, so expect this to be a long night.

It’s definitely possible that SummerSlam will run later than 11:00 p.m., but it’s unlikely to extend far beyond 11:30 p.m. On the WWE Network’s official schedule, an episode of WWE: Story Time is scheduled to play at 11:30, so the network at least expects SummerSlam to be over by then. For some perspective, last year, SummerSlam actually wrapped up under four hours, while in 2016, it went just a few minutes above four hours.

One reason the end time of SummerSlam is a bit unpredictable this year is because the company is evidently going back and forth between making the match between Roman Reigns and Brock Lesnar really long or really short. Bryan Alvarez of Wrestling Observer recently reported (via Sportskeeda), “Right now there are apparently two ideas for the Lesnar/Roman match. One of them is a rather short match. And the other is – you guessed it – a long match. By long I mean one of the longer matches Brock has ever had since he’s been in the company. I guess they’ll decide which one is best on the day of the show.”

So if they go for the long option, the show will probably go beyond the four-hour mark, while if they go for the shorter option, it could come in under four hours. There was a time when WrestleMania was the only WWE event to be four hours long, with SummerSlam being three hours until not that long ago. SummerSlam 2015 was the first one to be four hours; that was the event that ended with a match between The Undertaker and Brock Lesnar.

SummerSlam 2018 is the third time Roman Reigns and Brock Lesnar have clashed over the Universal Championship this year. The first was at WrestleMania 34, at which Lesnar pinned Reigns and retained the title. They then faced off once again the Greatest Royal Rumble, with Lesnar once again retaining after Reigns speared him through the cage. Now, he’s again going up against Reigns, who won the right to face Lesnar during a recent episode of Raw. 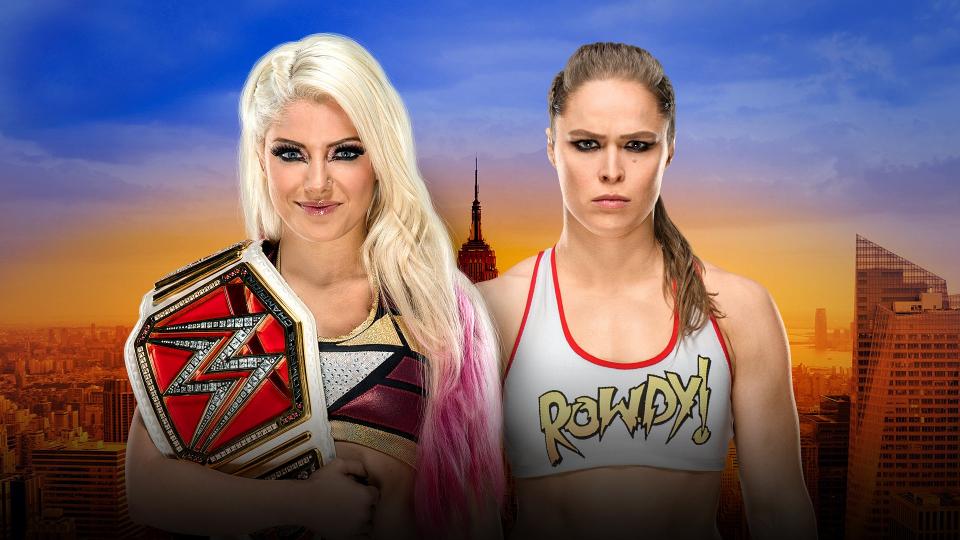 That’s just one of 13 matches on the SummerSlam card, though. Three of them are currently confirmed to be on the pre-show: Rusev and Lana vs. Andrade “Cien” Almas and Zelina Vega; The B-Team vs. The Revival; and Cedric Alexander vs. Drew Gulak.

Another one of the SummerSlam matches of interest is the one between Alexa Bliss and Ronda Rousey for the WWE Raw Women’s Championship. Rousey recently made her in-ring debut on Raw a few months after making her in-ring WWE debut at WrestleMania 34.

SummerSlam will stream live on the WWE Network, which offers a one-month free trial for new members.