How Many Movies Have Will Ferrell and John C. Reilly Starred in Together?

It’s a partnership that has been proven over the years and to the satisfaction of audiences everywhere, Will Ferrell and John C. Reilly have found the winning formula. The comedy kings are co-starring in a brand new film, Holmes & Watson, due out on December 25th, 2018. The film is the third co-starring opportunity for Ferrell and Reilly and is likely to bring out the fans in droves. Let’s revisit Ferrell and Reilly’s past films, hilarious cult movies that are endlessly quotable: 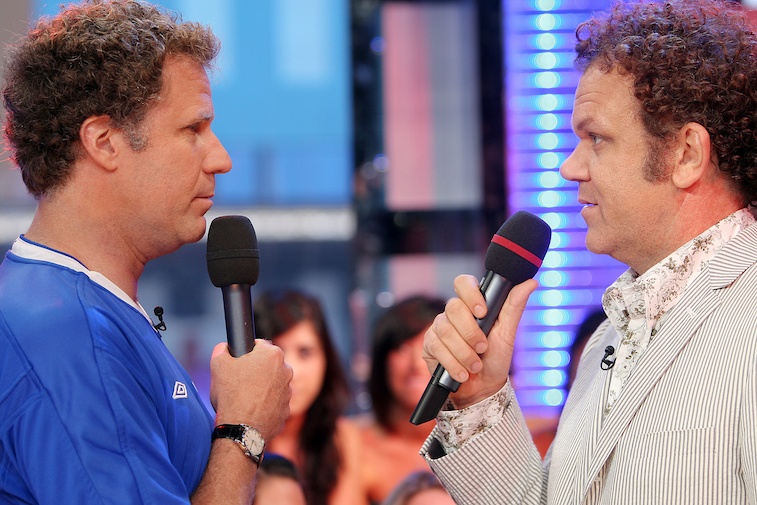 The first movie that Reilly and Ferrell made together was 2006’s hit comedy Talladega Nights: The Ballad of Ricky Bobby. Ferrell, already an established movie star after his success on Saturday Night Live and in films like Old School, played race car driver Ricky Bobby.

John C. Reilly, a popular supporting actor and comedic foil, played Ricky Bobby’s best friend, fellow race car driver Cal Naughton, Jr. Ferrell and Reilly were joined by such talented supporting actors as Sacha Baron Cohen and Amy Adams, lending both humor and believability. The chemistry between the two leads was undeniable, and the combination of clever sight gags and excellent writing made Talladega Nights an almost instant hit. The film would enjoy the second largest opening weekend ever for a Will Ferrell movie and would go on to gross $163 million worldwide and over $148 million domestically. It was just the beginning for Ferrell and Reilly’s partnership.

Reuniting the same writing and production team that had worked on Talladega Nights, Step Brothers conjured up the same comedy magic that had made the previous film a cult classic. Released in 2008, Step Brothers featured Ferrell and Reilly playing spoiled, stunted men that were forced to become family after their divorced parents remarried.

The cast also featured such popular stars as Mary Steenburgen, Richard Jenkins, and Adam Scott, with clever cameos by Ken Jeong and Rob Riggle. While critical reception for Step Brothers was definitely more mixed than it had been for Talladega Nights, the audience loved seeing Ferrell and Reilly together again.

There have long been rumors of Step Brothers sequel, with both Ferrell and Reilly adding fuel to the fire by saying there was much more comedy gold to be mined from their respective characters. However, in 2017, Will Ferrell announced in an interview with Rolling Stone magazine that there were no set plans for a sequel to the 2008 gem.

The pair has been open about how much they enjoy working together, and it seems that for years, they were just looking for the right project in order to co-star once again. Ferrell and Reilly both jumped at the chance to work on Holmes & Watson, with Ferrell playing the famous detective and Reilly as his faithful best friend, Dr. Watson.

The plot of the film revolves around Holmes and Watson using their skills to stop the villainous James Moriarty (played by renowned actor Ralph Fiennes) from assassinating the Queen of England. Rounding out the ensemble cast is Rebecca Hall as Dr. Grace Hart, Kelly MacDonald as Rose Hudson, and Hugh Laurie as Mycroft Holmes, the brother of Sherlock.

When the trailer for Holmes & Watson first dropped in early December, fans lit up the internet with their excitement of seeing the comedy team on screen again. While it’s too early to tell if the new film will garner the same critical praise as Talladega Nights, or earn the same cult-classic status as Step Brothers, it’s likely that the nostalgia factor alone will bring fans to the theaters on Christmas Day.