How Much Are Newlywed Morning Show Hosts Joe Scarborough and Mika Brzezinski Worth?

Political talk shows are everywhere, but Joe Scarborough and Mika Brzezinski’s MSNBC show “Morning Joe” continues to stand out from the typical. While some might wonder why Mia’s name isn’t in the title of the show (if to maintain a play on words), the brand of Scarborough and Brzezinski keeps rising.

With their recent marriage now official, how much are they really worth? Let’s take a look at what they did before, how much they made, and what they make collectively now as a major influence on political analysis.

Did you know “Morning Joe” started over a decade ago on MSNBC? In recent years, Scarborough has made $8 million per year individually. This doesn’t include the wealth he’s accumulated working as a lawyer in the preceding years before starting his show.

When you look at his total worth, it’s considerably more than what he makes per year for “Morning Joe.” Most of his wealth comes from his diverse careers and knowledge, which is a bit rare with political talk show hosts.

Various sources show Scarborough’s current net worth at $25 million. Most of it comes from his political career, legal expertise, and a radio show. Yes, he’s also hosted a radio edition of his show for a while that still pays handsomely.

He also had a cable news show prior to “Morning Joe.” This obscure program was called “Scarborough Country” and ran from 2003 to 2007.

Despite his wealth, he’s been married twice before, which can easily drain finances when dealing with divorces. We’ve never seen reports of Scarborough paying alimony to his wives, even though he had children with both spouses.

It was only five years ago when he linked up with Mika Brzezinski who has a successful career history herself. 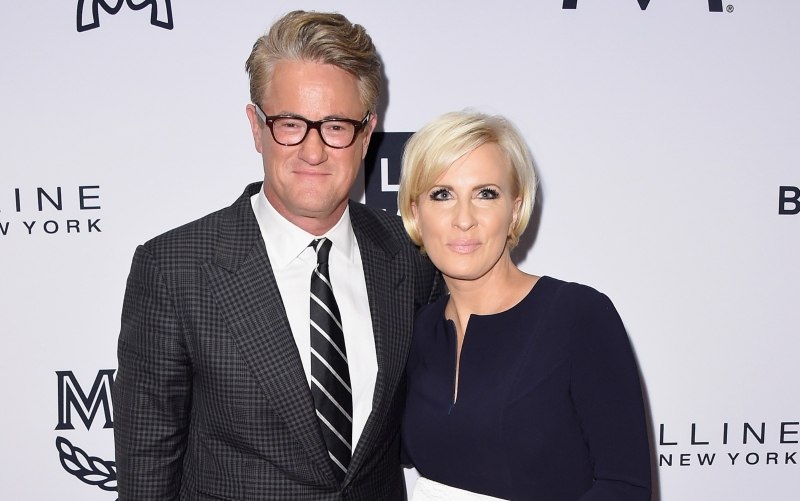 If Mika Brzezinski’s last name sounds familiar, then you may have heard it decades ago with her father. Zbigniew Brzezinski was a renowned political scientist who worked under the Johnson and Carter Administrations.

Not wanting to stay in the shadow of her father, Mika Brzezinski sought her own celebrated career, first as a journalist. Her journalism career started in 1990 while working on ABC’s “World News This Morning.” Eventually, she worked up to a career as a tough reporter who sought meaningful stories rather than fluff.

This career path paid off well for Brzezinski, including authoring some notable books. After joining Joe Scarborough on “Morning Joe”, she’s worked her way up to earning $8 million per year, equal with her new husband.

With income from her books and past career successes, it places her total worth at $20 million.

The worth of Scarborough and Brzezinski as a team

Now that the two are married, what kind of financial union will this create? Their combined worth places their new brand at over $45 million, making them a powerful force.

We’re impressed the two didn’t marry each other for money. We’re looking at a real relationship likely to prove successful for years to come within the cable news arena. Don’t be surprised if they take their show to a higher plateau eventually as they become household names.

Their insights into the Trump Administration will also keep them popular, which is a similar track we’ve seen with Stephen Colbert. But, hopefully the President won’t be the only crutch to keeping the duo in the limelight.