How Much Did Caroll Spinney Get Paid to Play Big Bird, and Why Is He Retiring from ‘Sesame Street’?

Is this the end of Big Bird? Puppeteer Caroll Spinney is retiring from Sesame Street. Spinney has played the beloved characters Big Bird and Oscar the Grouch since the popular children’s show premiered in 1969.

Fans shouldn’t fret, though. The Big Bird and Oscar the Grouch roles will be picked up by other Sesame Street puppeteers. Matt Vogel, who currently plays Count von Count, will play Big Bird. Eric Jacobson, who plays Grover, Bert, and Guy Smiley, will play Oscar the Grouch, the Sesame Workshop said.

Why is Spinney retiring now?

Spinney has spent half-a-century portraying the eight-foot-tall yellow bird. He’s 84 years old, well past the age when most people retire.

Spinney stopped doing the puppeteering of Big Bird several years ago. That part of the job was physically taxing — it required climbing into the massive Big Bird costume and holding an arm up to maneuver the head, NPR explained. But he still provided the voices for both Big Bird and Oscar. But now Spinney has decided it’s time to leave the nest for good.

“Big Bird brought me so many places, opened my mind and nurtured my soul,” Spinney said in a statement. “And I plan to be an ambassador for Sesame Workshop for many years to come. After all, we’re a family! But now it’s time for two performers that I have worked with and respected — and actually hand-picked for the guardianship of Big Bird and Oscar the Grouch — to take my alter-egos into their hands and continue to give them life.”

Big Bird started out as a minor character, but he quickly became the heart and soul of Sesame Street. Spinney was compensated well for his work creating the iconic anthropomorphic avian. In 2010, he earned $314,072, according to the 990 form the Sesame Workshop filed with the IRS. That was up considerably from roughly a decade earlier, when he was earning $100,000 a year, according to a report in the New York Times.

But Spinney wasn’t in it for the money. Initially, his excitement about working with Jim Henson led him to take the job.

“I left a good job on the Bozo show in Boston, which actually paid better, to get this job,” Spinney told Biography in 2015. “I took a big pay cut because I just wanted to work with Jim Henson.”

Spinney fell in love with the work and never left.

“There’s no other job like it on earth. I get to play a child, who happens to be a big, tall bird, and also a very different kind of character than myself, Oscar the Grouch. It’s just so enjoyable and fun,” he said. 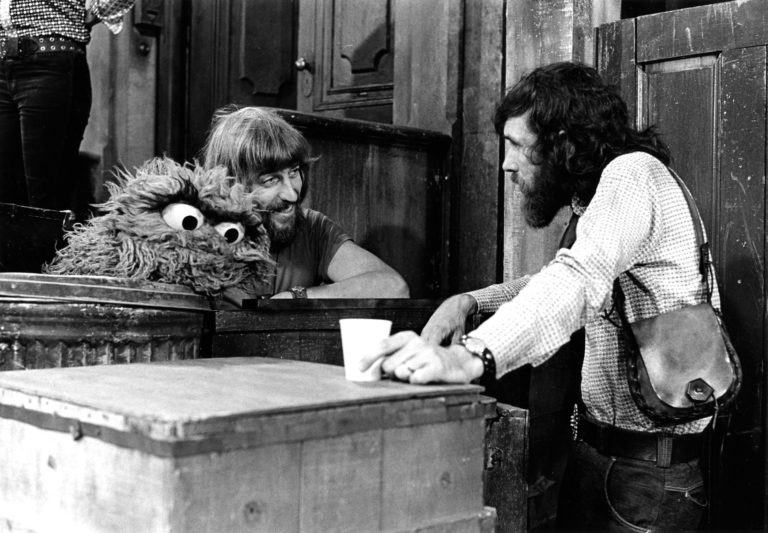 While he took a pay cut to play Big Bird, that was a gamble that eventually paid off. Today, Celebrity Net Worth estimates that Spinney has a net worth of $8 million.

It’s a far cry from his first foray in the puppeting world. When he was 8 years old, Spinney built a homemade puppet theater and charged money for his first show. He made less than a dollar, but his career path was set, he told the Guardian.

“I made 32 cents with my first show, which I thought was pretty good, and that’s when I knew I would be a puppeteer when I grew up.”