How Much Does Miley Cyrus’ Wedding Dress Cost? 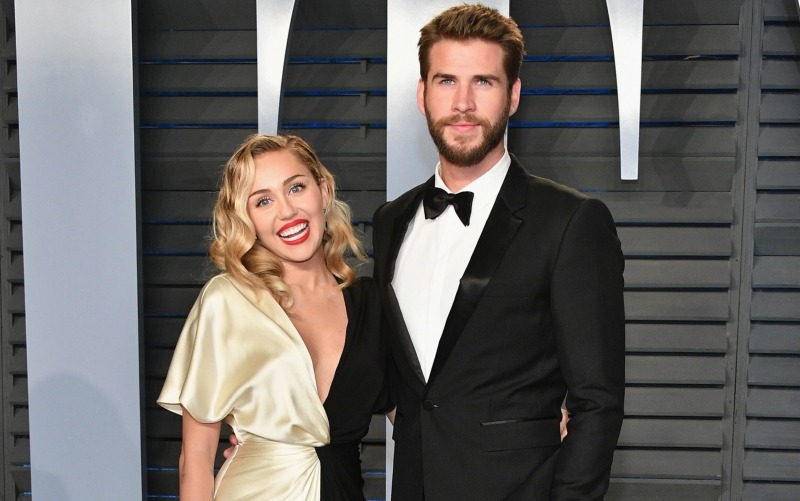 Correction 12/28/18: It was previously written in this report that Billy Ray Cyrus was reportedly not at the wedding. Pictures have since been released showing he was there.

Miley Cyrus and Liam Hemsworth starred in The Last Song together back in 2010. Since then they have had an off-and-on relationship that included breaking off their engagement. But they reconciled and secretly got hitched on Dec. 23, 2018. The secret got out with the singer posting about the big day on social media and that included her in her wedding dress. But who designed it and how much did it cost? Here is everything you need to know.

Miley Cyrus posted a video on Twitter of her dancing in her off-the-shoulder gown to Bruno Mars. According to Us Weekly, the dress is designed by Vivienne Westwood. It reportedly took about four months to make and it costs $8,600. Although the bride is dancing barefoot in the video she did wear custom-made white satin sandals by Cult of Coquette. Hemsworth wore a suit and sneakers.

This is probably our one – millionth kiss ….

According to Us Weekly, the two got their marriage license on Dec. 18. They then got hitched in Franklin, Tennessee in an intimate ceremony. Cyrus basically announced that they got hitched with a black-and-white picture of them kissing on Instagram with the caption, “This is probably our one – millionth kiss ….” Then she posted two more pictures of them hugging with the caption, “12.23.18.”

The couple got married amongst their family. The singer’s mom, Tish, her father, Billy Ray Cyrus, and her sisters, Noah and Brandi were there.  Hemsworth’s brothers Luke and Chris were also reportedly present for the ceremony.

“They always wanted a small, private celebration with family and close friends and that’s what they got. Miley seems ecstatic,” a source told People. “She loves her Tennessee home and was very happy about having the ceremony there.”

Since the news came out there have been other people wishing them well. Writer Nicholas Sparks of The Last Song has responded to the couple’s happy news by tweeting, “This makes me so happy. Congratulations @MileyCyrus and @LiamHemsworth. #TheLastSong.”

The couple first got engaged back in June 2012 but broke up later in Sept. 2013. A source told Us Weekly in 2017 that Hemsworth “never formally proposed again.” It’s probably not surprising that the two secretly got hitched considering in the same report claimed a source said, “Miley is pretty adamant about having a small, private ceremony.”

So it seems like the singer got everything that she wanted. The two look like they had a great time on their big day.

Read more: What Celebrity Guests Were at Liam Hemsworth and Miley Cyrus’s Wedding?