How Much Has Mitch McConnell Gotten Paid Since the Government Shutdown Began?

We’ve heard a lot about Donald Trump and House Speaker Nancy Pelosi (D-CA) since the government shutdown began December 22. Others, including White House Press Secretary Sarah Huckabee Sanders, have mostly disappeared from public view over that time. But one particular omission stands out the most.

That would be Mitch McConnell (R-KY), the Senate Majority Leader. Unlike Pelosi, who’s already passed multiple bills to reopen the government, McConnell has yet to hold a vote on the shutdown in 2019. The Senate GOP leader has a simple explanation for this: He won’t hold a vote on a bill Trump won’t sign.

That might sound like a strange argument, considering a funding bill passed the Senate unanimously in December. However, once you learn McConnell is up for re-election in 2020, it makes perfect sense that he’s afraid to cross Trump at this time. Besides, McConnell has taken his paychecks in full since the 33-day shutdown began.

Here’s a look at his recent paydays and his net worth. 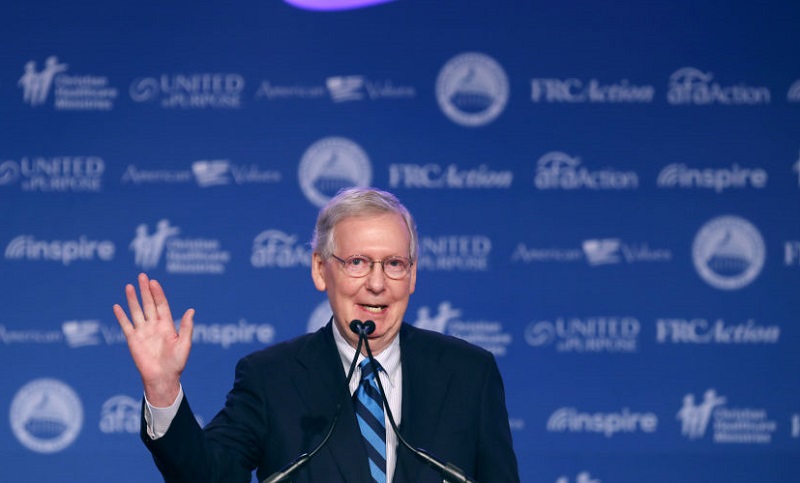 That’s quite a sum, considering the average federal employee makes around $50,000 for a year’s work. In January, when food banks began helping the 800,000 families with meals they couldn’t afford, the optics became even worse for members of Congress.

AS NBC reported, over a dozen members of the House and Senate have either refused paychecks or donated their salary since the impasse closed Washington. House Minority Leader Kevin McCarthy (R-CA) is one of them. However, McConnell has taken his pay in full, according to reports.

Maybe that’s how he’s gotten to such a high net worth.

McConnell’s net worth pegged as high as $27 million 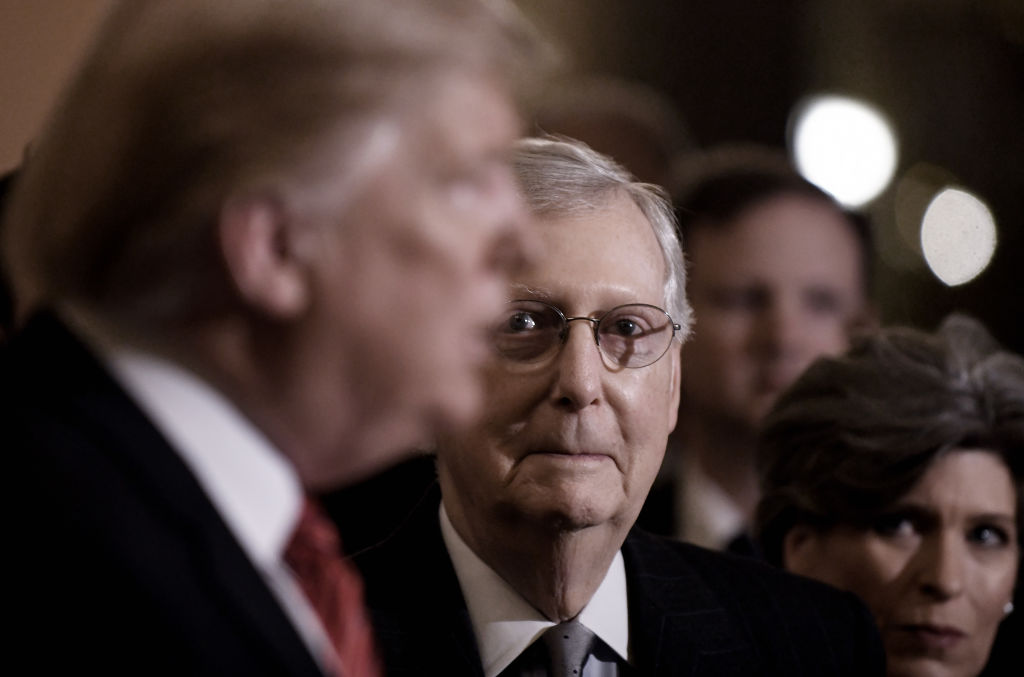 Donald Trump talks to the press as Senate Majority Leader Mitch McConnell (R-KY) looks on after the Republican luncheon at the U.S. Capitol Building on January 9, 2019 in Washington, DC. | Olivier Douliery-Pool/Getty Images

What it’s like when someone worth tens of millions keeps workers without pay because he has a re-election challenge? We’re beginning to find out as we approach the shutdown’s sixth week. McConnell’s net worth stands between $17-27 million in 2019.

While much of the media has ignored his role in the shutdown, hundreds of out-of-work federal employees showed up at McConnell’s office on January 23. Chants of “Jobs Not Walls” and “Do Your Job, Mitch” would be the sort of thing millionaire politicians listen to in similar predicaments.

There’s no indication McConnell listened. Apparently, neither did the media. At press time, MSNBC and Fox News were preoccupied with letters between Pelosi and Trump sent one another about the State of the Union Address.

On Capitol Hill, McConnell did finally was preparing a bill for a vote in the Senate. The only problem was, there’s no way it will pass.