How Much is Bill Nye the Science Guy Worth, and Is He Really a Scientist?

If you don’t know him from the show (or its theme song, which will now be stuck in your head for the rest of the day — you’re welcome), you may have seen him on Netflix, or heard him speak on topics like climate change.

He’s been portrayed as a science expert for years, thanks to his recognizable face and extensive knowledge of topics that affect all of us directly. Some have questioned whether or not he, as an entertainer, is the right person to raise awareness about these things.

Is Bill Nye a real scientist, or does he just “play” one on TV? Let’s take a closer look at his background, how he spends his time when he’s not writing, producing, or hosting, and his net worth after years of success in entertainment and beyond.

Bill Nye can afford an electric car — and much, much more

Nye is an environmentalist. As such, he’s owned multiple electric-powered vehicles over the past few decades.

Depending on the brand, these cars can cost as “little” as $20,000 and as much as over $70,000. They’re certainly not viable options for those who can’t afford a vehicle within that price range. But Nye isn’t one of those people, and hasn’t been for a long time.

His cars aren’t the only energy-efficient assets he owns, however. He has spoken and written about his Los Angeles mansion, which has numerous “home improvements” that allow it to run on almost no energy.

The television personality and “science guy” is worth an estimated $6.5 million.

He owes this to a number of successful projects, including Bill Nye, the Science Guy, a children’s educational program that won multiple Daytime Emmy awards for Outstanding Children’s Programming throughout its five-year run.

Since then, he has produced and hosted another educational science show, Bill Nye Saves the World, which you can stream on Netflix.

He has also written multiple books ranging from educational materials for children to autobiographical stories about his life and his plans to “save the world” with science.

It’s no secret that many television hosts aren’t actually experts in the subjects they talk about on their shows. Is Bill Nye one of those hosts? Or does he know as much about science in real life as he seems to know on TV?

Is Bill Nye the Science Guy really a scientist? 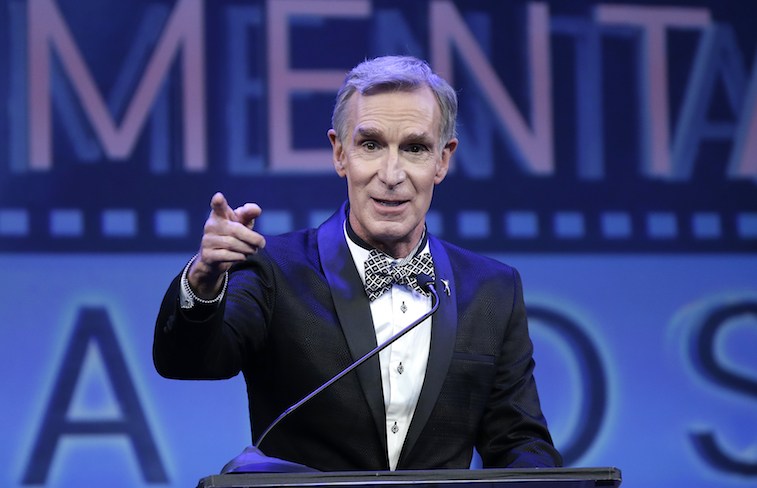 He holds a bachelor of science degree in mechanical engineering from Cornell University, and previously worked for The Boeing Company. And even though he technically works in entertainment, he still dedicates significant amounts of his time and uses his platform to promote science things.

He previously served as the vice president and executive director of The Planetary Society, and was a visiting professor at Cornell for several years.

He actually migrated into the entertainment world through comedy, performing standup while he kept his day job. Eventually he was able to pursue comedy full-time before developing a show that combined his science background with his nerdy sense of humor.

Above all, Nye’s end goal in everything he does is to educate and encourage discussion around topics that impact the environment and the humans who live in it.

He uses his fame — and his fortune — to set an example for others to follow, whether they’re experts with science backgrounds or just ordinary people making small changes to make the world better.