How Much Is ‘This Is Us’ Star Justin Hartley Worth? 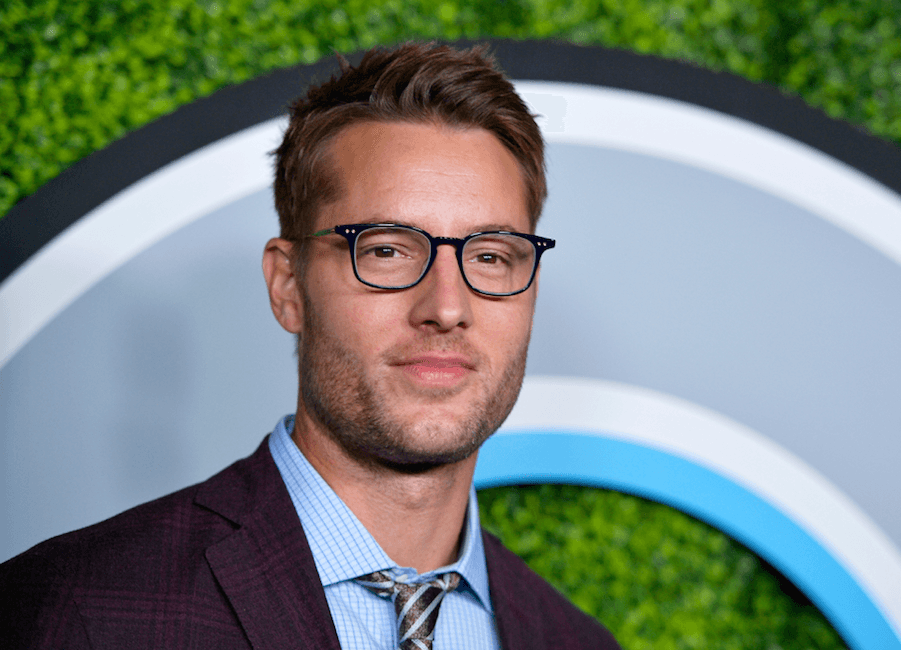 Justin Hartley landed his breakout role playing troubled movie star, Kevin Pearson, on the NBC hit show, This Is Us. But chances are, this isn’t the first time you’ve seen the 41-year-old star. Hartley has been in the business since 2002. He has played a rich socialite, a superhero, and a tv star along the way. He’s not going anywhere soon. Along with his current role on This is Us, he’s taking on movie roles too, including 2017’s Bad Moms Christmas.

Justin Hartley was born on January 29, 1997, in Knoxville, Illinois. He is married to actress, Chrishell Stause and has a 14-year-old daughter, Isabella Justice, with ex-wife and former co-star Lindsey Hartley.

Hartley got his start on a kooky soap opera

The actor got his first big role playing Fox Crane on the supernatural soap, Passions. Hartley played the handsome socialite from 2002 until 2006. During the show, Hartley began a relationship with co-star Lindsey Korman. The two married in 2004. Hartley’s character was recast in 2006 after the actor left the show while his wife was on maternity leave.

Hartley returned to the soap opera world in 2014, playing Adam Newman on The Young and the Restless. He played the character from 2014 to 2016.

Oliver Queen was a spoiled, billionaire when he made his first appearance on Smallville. But fans would quickly see the character transform into an endearing superhero. Green Arrow became a reliable friend to Clark Kent and an invaluable member of the Justice League. He would later marry Lois Lane’s cousin and Superman’s best friend, Chloe Sullivan.

When the CW announced that they were producing Arrow, some fans wondered why Hartley wasn’t a shoo-in for the role. Show producers explained that the show wanted to chart its own course and had a different path in mind for Oliver Queen. But little do fans know that they were this close to seeing more of Oliver Queen. Hartley told former co-star, Michael Rosenbaum, that there was a discussion of continuing the story with an Oliver Queen spinoff.

He was a superhero before coming to ‘Smallville’

Smallville fans may not realize it but had things turned out differently, Hartley may have never played Green Arrow. That’s because the actor had shot a pilot to play Arthur Curry in Aquaman. Though Alan Ritchson originally played Aquaman in Smallville, the producers chose not to use him in the new show because they weren’t looking to do a spin-off. The show was never picked up, and Hartley would move onto Smallville shortly after. 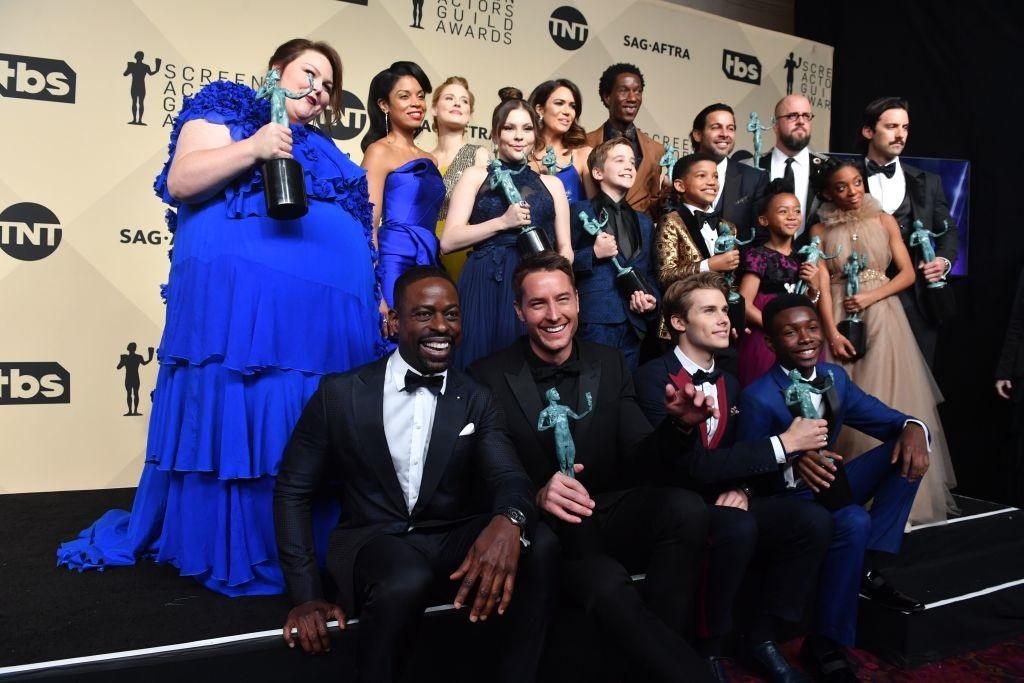 The cast of ‘This Is Us’ winning at the SAG Awards | Frederic J. Brown/AFP/Getty Images

This Is Us is the role that would make Hartley a household name. The breakout drama quickly broke records and captured the hearts of millions. Hartley plays Kevin Pearson, a troubled movie star who is trying to find his roots. As a member of “the big three” Kevin tries to cope with the childhood loss of his father, Jack. The third season takes him on a journey to Vietnam to learn more about his father.

Hartley has been on the show since the beginning and couldn’t be happier. He tells Glamour, “This job—I’m still waiting for somebody to wake me up. We’re doing something special.”

What is Justin Hartley’s net worth?

As Hartley begins to land bigger roles, his pay has increased as well. According to Variety, Hartley currently makes $250,000 per episode on This Is Us. His estimated net worth is $7 million, putting him just behind co-stars Mandy Moore and Milo Ventigmilia who are each worth about $10 million.