How Much Money Do Nancy Pelosi and Chuck Schumer Get Paid?

If you are one of hundreds of thousands of federal workers who are not getting paid due to the partial government shutdown, you may be wondering if anyone in the government is bringing home a paycheck right now. In fact, Speaker of the House, Nancy Pelosi, and Senator Chuck Schumer of New York have not missed a payday since the shutdown began.

What do Chuck Schumer and Nancy Pelosi do? 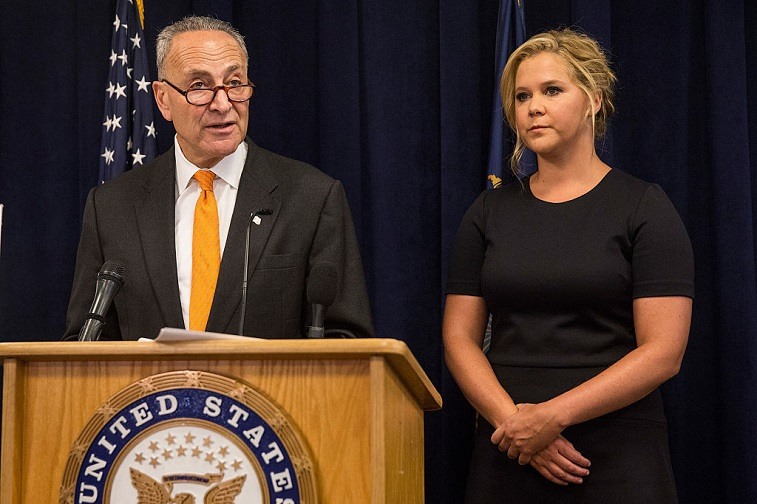 As House Speaker, Pelosi has many responsibilities. Selected by roll call vote on the opening day of Congress, the Speaker presides over the House of Representatives every time it is in session. The Speaker is tasked with maintaining order in the congressional chamber. And, in the event the president cannot fulfill their duties, the Speaker of the House is second in line to succeed, immediately after the vice president. As Senate Minority Leader, Schumer acts as the chief spokesperson for the Democratic Party.

Who does and doesn’t get paid during the government shutdown

Secret Service agents, Department of Homeland Security employees, air traffic controllers, U.S. Postal Service workers, and other ‘essential personnel’ are required to stay on the job without pay for the duration of the government shutdown. As soon as the government reopens, these and other unpaid government workers may be paid retroactively, provided Congress passes a measure to do so, explains Newsweek magazine.

Much of the government, including the Departments of Labor, Education, Veterans Affairs, and Defense was funded under five bills passed shortly before the December 22, 2018 start of the partial government shutdown. The Department of Health and Human Services, which oversees welfare benefits and programs such as food stamps, is also protected, at least for the time being.

Congress members are still getting paid

Despite the fact that hundreds of thousands of U.S. Government workers have been going without paychecks since before the holidays, members of Congress haven’t missed a payday. Although this may seem unfair, congressional members are protected under Article I, Section 6 of the U.S. Constitution.

If a bill introduced last January had passed, Pelosi, Schumer, and other government workers would not be receiving paychecks while so many others are forced to survive without pay during the shutdown, reports the Washington Times.

How much are Pelosi and Schumer paid?

Could Nancy Pelosi end up the president by default? | Saul Loeb/AFP/Getty Images

As Speaker of the House, Pelosi is paid a sum of $223,500 annually. Senate Minority Leader Schumer receives $193,400. Congress members other than Pelosi And Schumer are still getting paid, as well. According to the Congressional Research Service (CRS), all senators and representatives, including the resident commissioner and delegates from Puerto Rico, are entitled to $174,000 in yearly pay.

These House of Representatives workers get paid $172,500 govt shutdown or not:

All Senate workers get paid during the shutdown, too. The president pro tempore receives a $193,400 paycheck, and the majority and minority leaders also receive $193,400. The Sergeant at arms and the doorkeeper are paid $172,500 every year, whether or not the government is in full operation. So do the chaplain, legal counselors, and parliamentarians.

According to the official U.S. Senate website, the pay of congressional members has been a recurring subject of confusion and debate. To clarify the situation for Americans, they explain: