How Much Money Does Ninja Really Make Playing Fortnite?

Have you heard of Fortnite? It’s the battle royale player-vs.-player video game kids and teenagers have been obsessed with over the past year. But it’s not just for young kids. There are people like Ninja — married adults with lives outside of gaming — who do this professionally.

Who is Ninja — and how does he make money playing video games on the internet? Let’s take a closer look at how online streaming works and how hundreds of people like him are collecting real-world rewards living in a fictional universe.

Who is Tyler Blevins, a.k.a. Ninja?

Tyler Blevins — known on Twitch and other online platforms as Ninja — is a 27-year-old professional sports player. Not basketball or hockey, though; he plays Fortnite.

Think of Fortnite as a large-scale, virtual Hunger Games. Up to 100 players are dropped into an arena of sorts and have only one goal: to survive. Only one player remains at the end of each round, which earns them big rewards — especially if they’re playing for cash in an official tournament.

Ninja has millions of followers and subscribers across various streaming and social media platforms. He is mostly active on Twitch, which is sort of like YouTube except videos are usually recorded live.

Thousands of fans tune in to his daily gameplay, watching him battle against players all around the world in real time. He’s not a student who likes to play games on the weekends, though. He really is a professional — and supposedly has the bank balance to prove it.

How much money does Ninja make playing Fortnite?

Blevins apparently sometimes makes $500,000 per month playing the battle royale game on an almost daily basis, largely thanks to donations from people watching him compete.

However, like most other successful online gamers and personalities, he also makes money through sponsorships — promoting brands’ products and services in exchange for cash.

Yep: He makes more money in a single month than most of us do in five years. But there might be more to it than it seems. 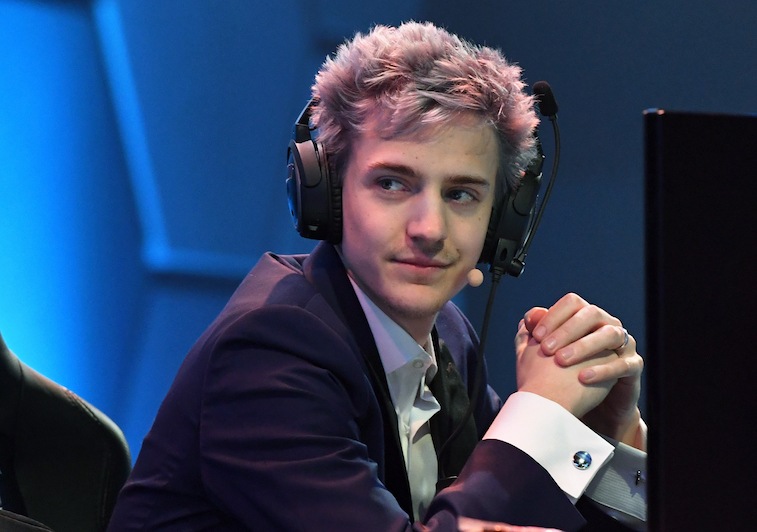 Though it may seem ridiculous that people like Ninja make a decent living playing games, there are actually more skills involved than knowing which buttons to hit on a controller.

He streams live gameplay for 10 hours per day — every day — on average. So even though he doesn’t go to a “real” office, he still spends more time working than the average nine-to-five office employee.

Are video games really a job? It’s important to keep in mind that playing a game isn’t the only thing these streamers are doing when they go live to thousands of people.

Unlike a basketball player for example, whose job is pretty straightforward — play the game well — professional Fortnite and other video game players are primarily entertainers.

For Ninja, it’s not just about being good at Fortnite. He also has to interact with a live audience the entire time he’s streaming a game. This includes game commentary, answering questions, and creating a worthwhile experience for everyone watching — even when he’s not winning.

All this takes practice — and he’s had plenty. He was a professional Halo player (another first-person shooter) before Fortnite became popular. Technically, a job is anything that can get you a paycheck. Video games just happen to be his primary source of income — a much more common occupation than you might think.