How Seth Rogen Plans to Shake Up Comic Book-Based TV 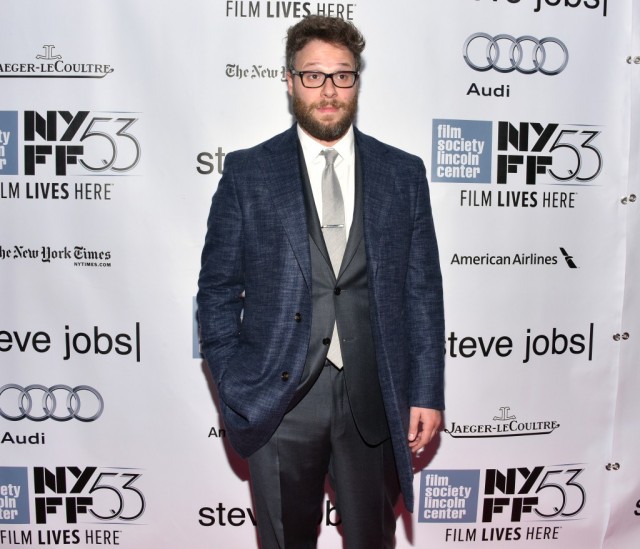 Seth Rogen is on a mission to make comic book-inspired television a lot edgier and stranger. The actor is already busy working on AMC’s upcoming adaptation of Garth Ennis’s series Preacher, and now he’s aiming to launch another similarly themed project. According to various reports, Rogen is pitching a show based on The Boys, another dark and hyper violent comic from Ennis.

The Boys comic takes place in a world where superheroes are also self-indulgent celebrities, who are just as likely to endanger the world as they are to save it. It’s up to the titular Boys, a super-powered CIA black ops task force, to keep the rest of superhuman population under control. Along the way, they run into plenty of misadventures.

Keeping in line with the dark humor that Ennis is known for, the series boasts a biting satirical tone that is very different from that of most other comic books. In fact, its anti-superhero sentiment is so strong, that it initially got the title canceled at DC imprint Wildstorm after only six issues. The comic eventually moved on to Dynamite, where it ran for 72 issues, the length that Ennis originally planned for the series. Now, Rogen is apparently looking to bring the unique comic story to the small screen.

The writer and producer has teamed with writing and production partner Evan Goldberg and Supernatural creator Eric Kripke to develop a TV show based on The Boys series. Though specific details about their concept for the adaptation haven’t been revealed, the trio has reportedly already begun shopping the project to various cable networks.

It’s still early on in the project’s development process, so who knows if Rogen’s idea will ever actually come to fruition. One thing’s for sure though: If the adaptation does eventually get picked up, it would mark a drastic change of pace from the rest of the other comic book shows currently on TV.

While there’s no shortage of comic book-based TV series these days, most of them are very superhero-positive and don’t feature the dark and often violent humor of The Boys. Perhaps the only truly comparable show has yet to actually air, and it’s also coming courtesy of Rogen and Goldberg.

Preacher, based on another twisted work of Ennis’s, is set to premiere on AMC next year. Like the comics, the TV show will chronicle the story of a Texas preacher who bonds with a supernatural entity and develops the ability to command anyone to do anything he wants. Left with this new power, he hits the road to find God himself, who has gotten fed up with creation

Based on that description alone, it should come as no surprise that the comic, while held in high regard by many, is raunchy and sometimes disturbing. It’s this controversial nature that has caused various past attempts at a Preacher film to fail. The forthcoming adaptation from Goldberg and Rogen is the first to ever make it this far. Though the actor has said viewers should expect some changes in the TV version, he also promises that the show (which will star Dominic Cooper) fully indulges in “the tangential element” of the comic that fans love.

Between Preacher and now a potential The Boys adaptation, it’s clear that Rogen is looking to shake things up in the comic-inspired TV world — and while that might seem weird coming from the guy from Knocked Up and Neighbors, he might actually be the right person for the task. After all, Preacher and The Boys are known for being both provocative and humorous, a balance that Rogen knows all too well. Plus, as the actor proved with last year’s The Interview, he’s not one to back down out of fear of offending someone (or an entire country).

Whether or not either of these adaptations actually succeed in bringing new twists to the comic book space (which is quickly becoming one of TV’s most overcrowded genres) remains to be seen, but you have to applaud Rogen for trying.

Stay tuned to hear if and when a network ends up grabbing The Boys adaptation. In the meantime, the 10-episode first season of Preacher is set to kick off in mid-2016.