How Stephen King Is About to Take Over TV 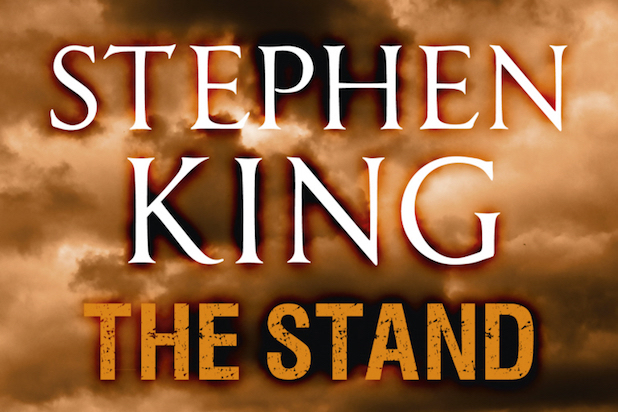 Stephen King is about to take over both theaters and your television screen. The author’s epic post-apocalyptic novel The Stand will reportedly be turned into an eight-part miniseries that will eventually culminate in a full-length feature film.

The Stand, first published in 1978, chronicles an epic battle between good and evil after the American population is all but wiped out by a deadly virus. The story focuses on a group of survivors who must fight against a demonic figure named Randall Flagg. The novel became a cult favorite, with a re-release featuring revisions by King published in 1990.

Warner Bros. has long since been working on the movie adaptation of the famed novel and the project has already gone through several iterations. It was originally envisioned as a single three-hour film, but the studio eventually decided one movie would be enough to handle the scope of the project. Last year, writer and director Josh Boone (The Fault in Our Stars) announced the adaptation had morphed into a big-scale, four-movie event. Now, it seems that the studio has once again changed course.

According to The Wrap, Warner Bros. and CBS Films (which shares rights to the novel) are now in talks with Showtime in hopes of launching a TV miniseries for The Stand, which will then lead up a single R-rated major motion picture. Though an official deal hasn’t been struck, the report suggests that the ambitious, multi-platform plan is expected to be finalized this week.

Should the plans move forward as predicted, Boone will handle both aspects of the project, serving as writer and director for the developing miniseries, as well as the film. King himself is also expected to be involved in some capacity along with producers Roy Lee and Jimmy Miller. The idea is that the TV adaptation will allow Boone to explore more of the author’s expansive story.

One thing that viewers can expect, if the Showtime series does happen, is a top-notch star-studded cast. Per The Wrap, top talent agents have already been notified of the possible miniseries and Boone is aiming to land A-list, critically acclaimed names to star in the project.

Casting news will likely come sooner than expected, as Warner Bros. is looking to start work on The Stand sooner rather than later. Boone will reportedly tackle The Stand before other high-profile, upcoming projects, like Fox’s newest X-Men spinoff The New Mutants and Universal’s adaptation of Anne Rice’s Prince Lestat: The Vampire Chronicles. The miniseries is expected to start filming as soon as early next year as one cohesive production.

If The Stand does come to Showtime, it won’t be the first time that the story has been adapted to television. The novel also inspired a 1994 TV miniseries starring Gary Sinise, Molly Ringwald and Rob Lowe.

For King, The Stand marks the second highly anticipated adaptation of one of his famous works to take a major step forward in recent months. In April, it was announced that Sony is teaming with Media Rights Capital to adapt his epic fantasy The Dark Tower series into a big-budget franchise that also combines both a movie series and a complementary television show. That project, which has undergone several iterations at various studios over the years, still has no director or leading actor attached, but the studio is reportedly making the long-gestating adaptation a high priority and is planning to pursue possible candidates once the script is completed.

A new film version of King’s It is also in the works at New Line. The project was set to begin production this summer, but has since stalled, following the departure of director Cary Fukunaga.

Fans will have to stay tuned for more details on various projects, but audiences can clearly expect King to have a strong presence on both TV and film screens over the next few years.