How ‘The Magicians’ Became SyFy’s ‘Game of Thrones’

Anytime you start comparing a show to Game of Thrones, it puts a massive burden of proof on you. The Magicians manages to measure up to that burden, arriving last year as SyFy’s biggest breakout hit. Much like its HBO predecessor, no one could have predicted just how popular it would become after a single season. And once its first season became bingeable on Netflix, even more fans entered into the fold. But how exactly has this once-small show evolved into a flagship series for SyFy?

1. It started with the books 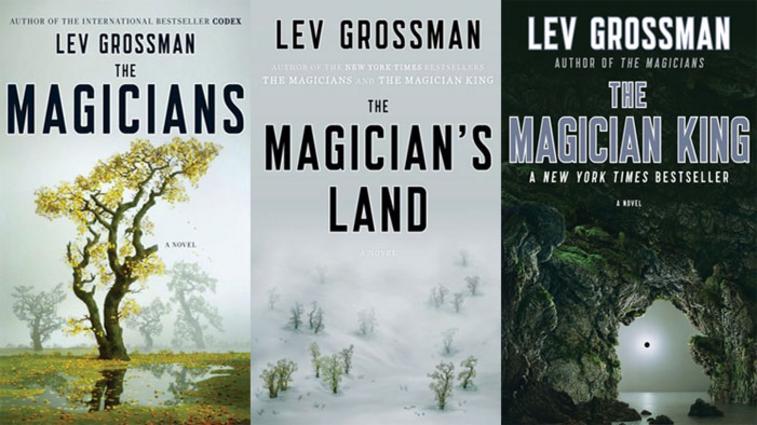 Basing your TV show off of a series of books is never a guarantee for success. In the case of True Blood and Dexter, the adapted television versions were miles better than their relatively subpar source novels. Thankfully, Lev Grossman’s trilogy of The Magicians novels ended up forming the perfect foundation for SyFy’s own series. The show pulled just enough from the books, resulting in a story that plays wonderfully in a live-action format, much in the same way Game of Thrones successfully drew from George R.R. Martin’s Song of Ice and Fire series.

2. The Magicians immediately established a brutal set of rules 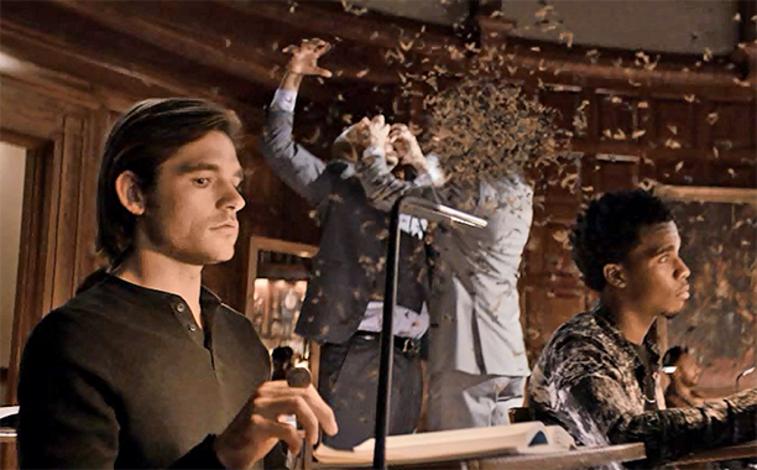 If you’re describing Game of Thrones to a layperson, the first thing you’re apt to point out is the show’s propensity for spur-of-the-moment brutality. The Magicians wasted no time establishing a similar tone in its pilot. The basic story follows Quentin Coldwater, a young man who’s chosen to attend a special school for the magically gifted. The similarities to Harry Potter end there though, as the pilot wraps up with the headmaster of the school getting his eyes gouged out by an inter-dimensional bug monster. And that’s just the first episode too. 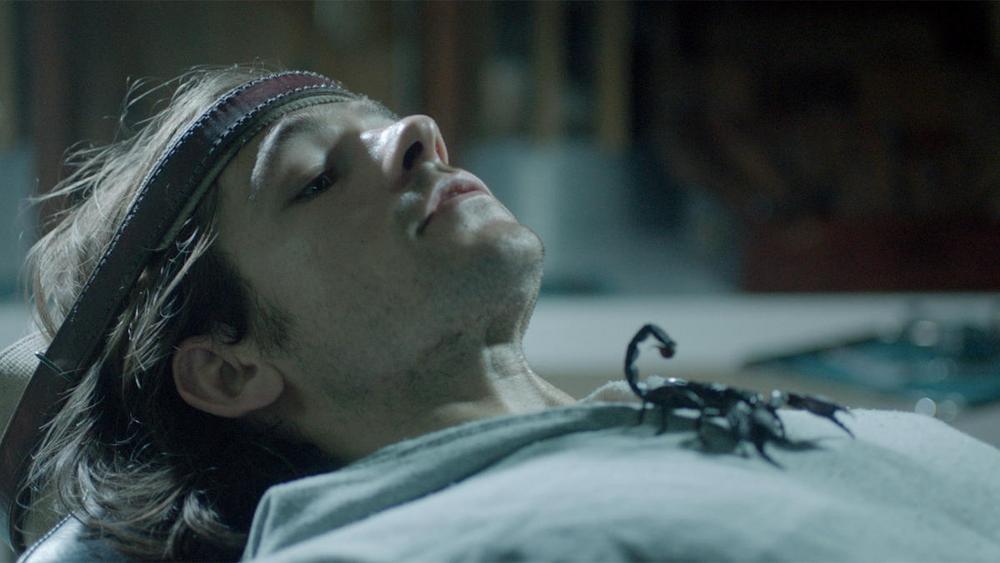 If you’re going to prominently feature a violent and dangerous fantasy world, choosing to function by network standards of profanity is only going to diminish your overarching story. The rules are different if you’re not a major network though, evidenced by the sheer amount of nudity and swearing that’s become almost commonplace on Game of Thrones. Thanks to SyFy’s status as a pay-cable station, they too aren’t subject to the same rules as networks like FOX, NBC, and CBS. That’s left them with a good deal of creative freedom to drop frequent F-bombs, show at least partial nudity, and generally get as violent as they see fit.

4. We’re not guaranteed anything close to a happy ending 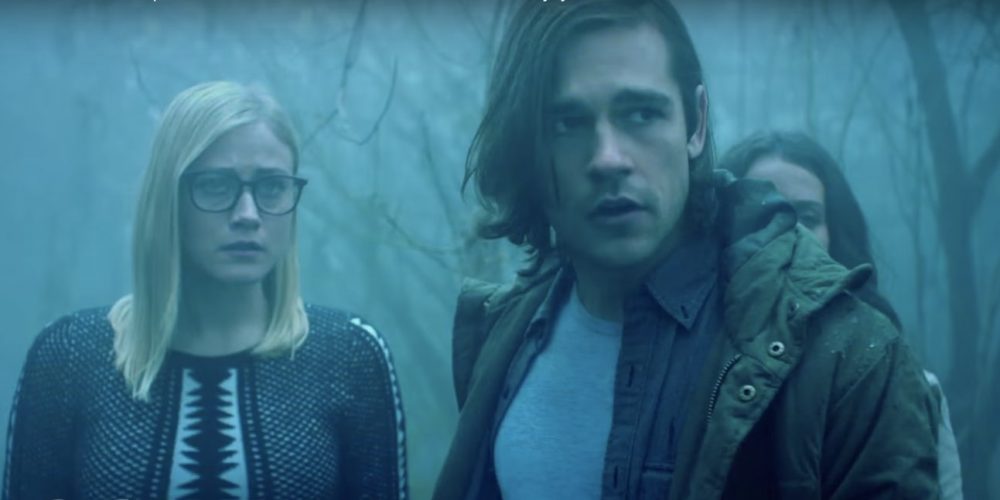 If you’re looking for a whimsical fantasy story where everything works out for our heroes in the end, then you’ve come to the wrong place. The Magicians makes a point to remind us constantly that there’s no guarantee of a happy ending. Even as our main characters learn and grow, their flaws are ever-present, causing conflict we’d imagine real people would suffer through.

5. There are no real heroes 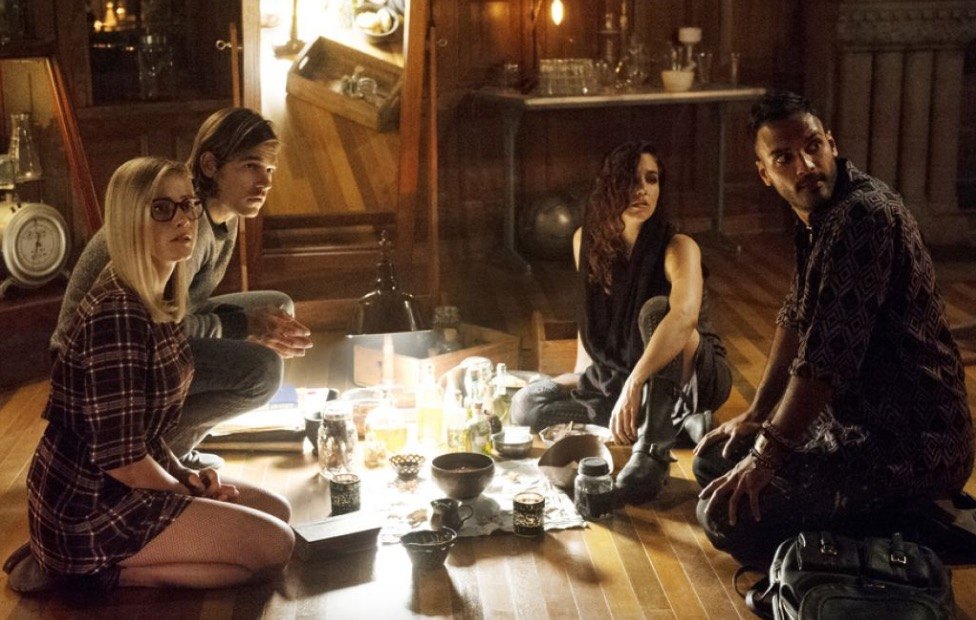 Game of Thrones may feature characters you sometimes root for more than others, but there are no true heroes anywhere to be found in Westeros. We see that firsthand in The Magicians too. Our “main” character Quentin is a stuttering wimp who rarely stops to think through his actions. All the while, his companions suffer through their own fatal flaws: Alice is constantly at odds with who her family wants her to be, Julia is reckless and unstable, Eliot is self-destructive to a frightening degree, Penny hates just about everyone, and the list just goes on from there. We still can relate to each of them in some way, but it’s firmly established that no one here is to be admired or emulated.

6. The show is about far more than a single character 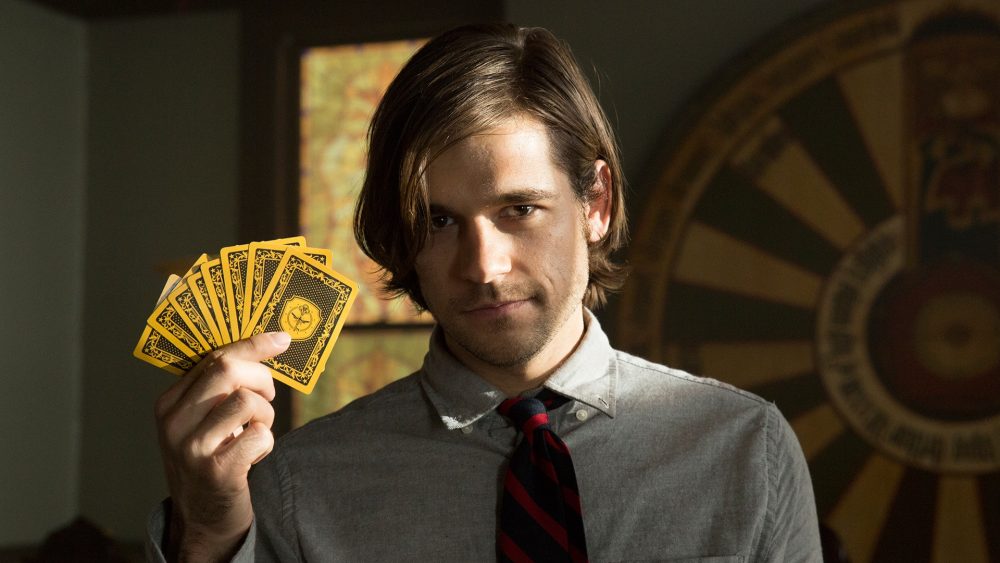 Sure, Quentin Coldwater (Jason Ralph) provides our entry-point into the vast world of The Magicians, but don’t let that fool you into thinking of him as the main character. The rest of his friends get equal screen time throughout, as we get a sense of each individual’s own motivations.

Well-constructed emotional arcs are a hallmark of the series from the first episode, with the creators themselves admitting that “the characters who are not Quentin don’t all exist just to further Quentin’s story.” Measure that up against Game of Thrones‘ own ensemble approach and you see how the comparison is apt.

7. Flipping fantasy tropes on their heads 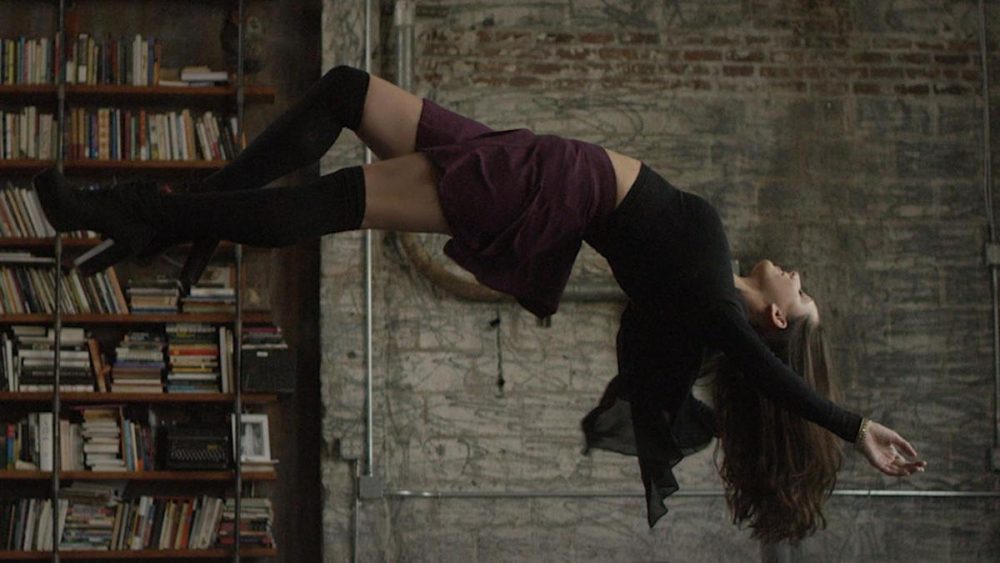 You can see the DNA of Harry Potter and The Chronicles of Narnia everywhere in The Magicians, but not in the way you might expect. Instead of the whimsical journey that sees our heroes triumph in the end, we’re constantly shown a world where the classic tropes of the genre simply don’t apply. As the showrunners tell it, “this is an inversion of the classic hero’s journey,” where a “character [who] would so often end up just in a bit of a support role” ends up becoming the hero themselves.

Independent leading women are everywhere in Game of Thrones, albeit in a society that generally looks down on the gender as a whole. The Magicians features that same theme of self-assured women, sans a built-in sexism held by its own universe. Even a sex dream Quentin has featuring the two most important women in his life show them actively trying to pass the Bechdel test, in a hilarious nod to other sci-fi and fantasy shows that often fail to do the same.

All Bechdel tests aside, Alice (Olivia Taylor Dudley), for all her own insecurities, is easily the most talented and heroic member of the group. At one point, Quentin even cedes his role as the “Chosen One” to her, clearly acknowledging her own considerable magical skills.

9. This isn’t a carbon copy of your run-of-the-mill fantasy world 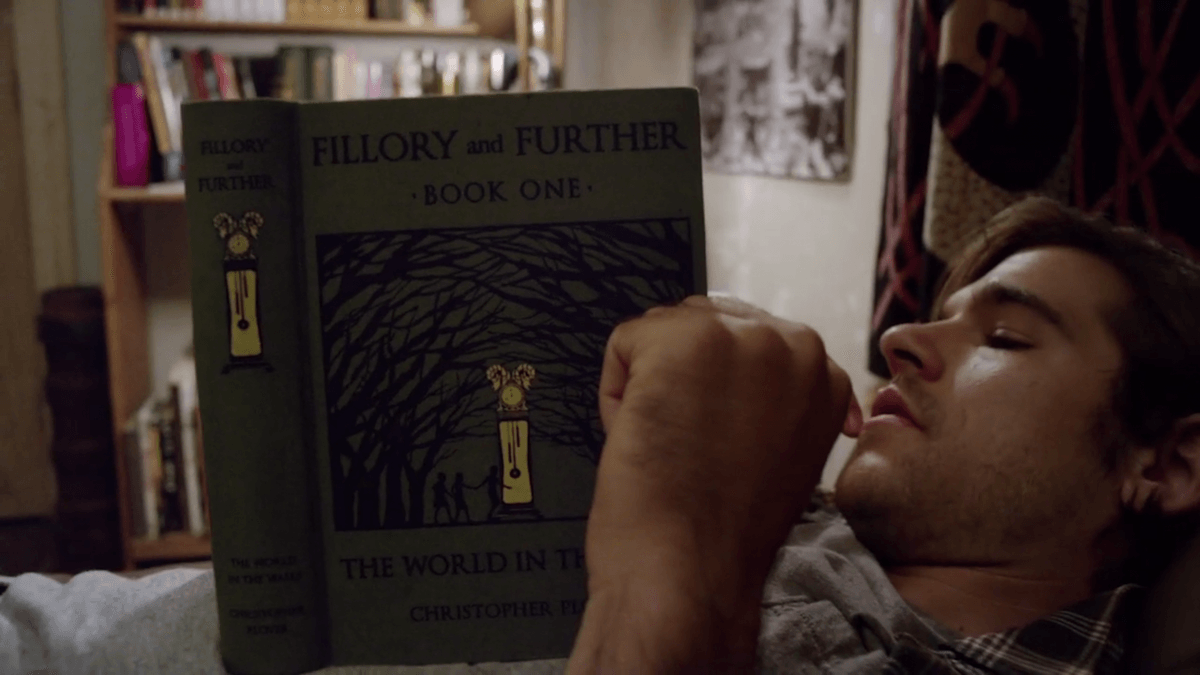 There are obvious parallels to draw between The Magicians and Harry Potter. Where The Magicians shines though is in the way it actively seeks to run in the complete opposite direction of its magical predecessor. The stern dean of Brakebills University isn’t the powerful mentor here to make our main character’s life easier. At the same time, our villain’s own motivations aren’t simply rooted in blind hatred and pure evil.

“Just the same way that Dean Fogg is not Dumbledore, the Beast is not Voldemort,” co-creator Sera Gamble points out. “It borrows many elements, and it gives a very knowing wink and a nod to that kind of storytelling, but we are telling a slightly different kind of story.”

10. The Magicians instantly draws you in, and you’re better off for it in the end 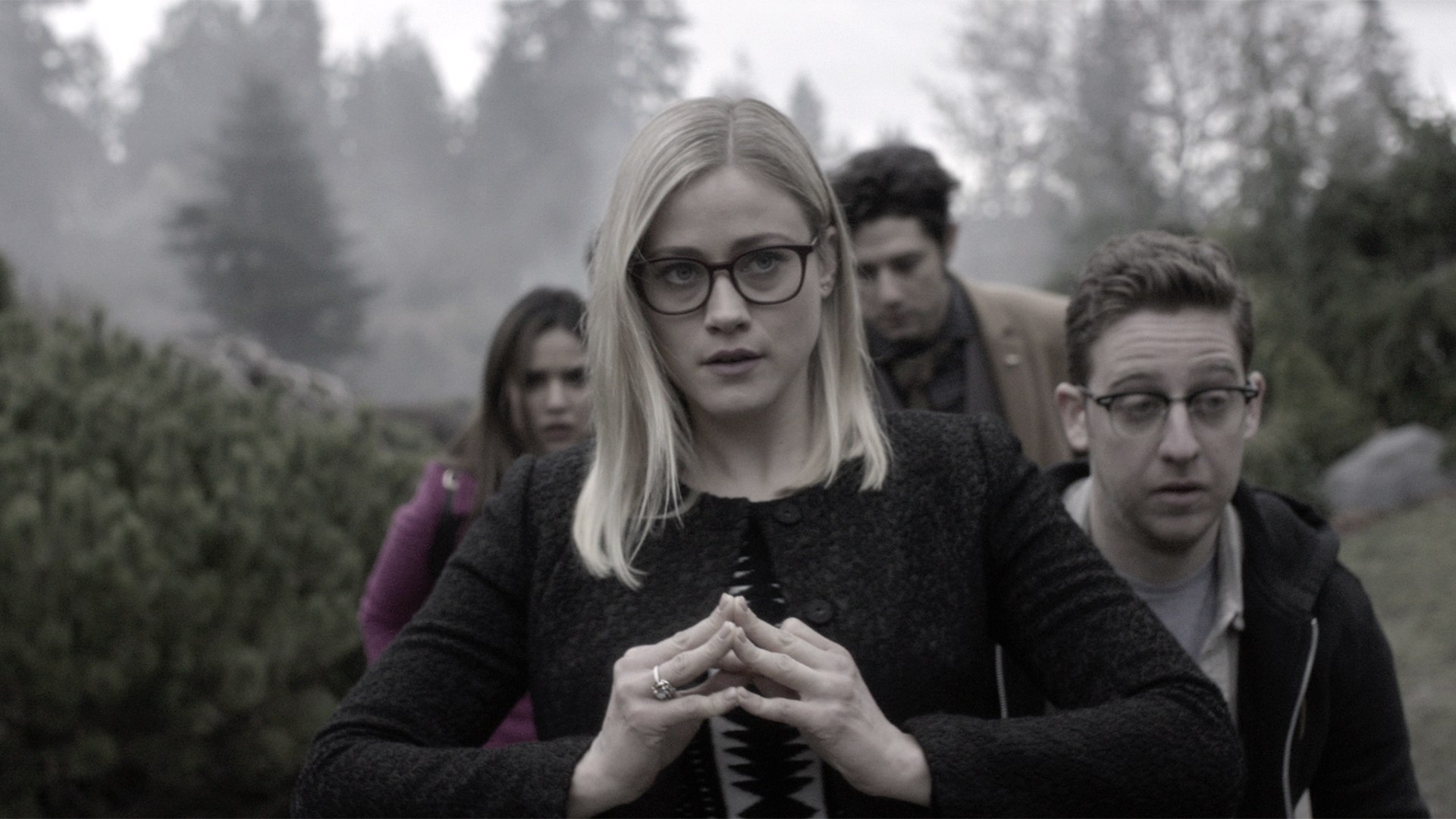 The Magicians may not be for everyone. Still, it’s a refreshing break from the norm, providing us with a fantasy story that goes far beyond your typically derivative sci-fi and fantasy narrative. Its self-awareness adds just enough detachment from the genre, while still expanding out into a rich world of magic and intrigue. And with the TV market getting more and more crowded with competition, it’s nice to see someone trying to give people something entirely different.