How to Make a Movie: Part III, Editing

The process for making a movie can be an arduous one. It involves a gigantic investment of time, energy, and effort, all culminating in something that’s not even guaranteed to be good. But in the end, there’s nothing more satisfying than putting hours upon hours of hard work into something and having it come out the way you wanted. The process is equal parts difficult and rewarding, and requires your absolute commitment from beginning to end to make it worth your while. Should you choose to go on this journey, we’re here to guide you along the process. For the final step: editing. 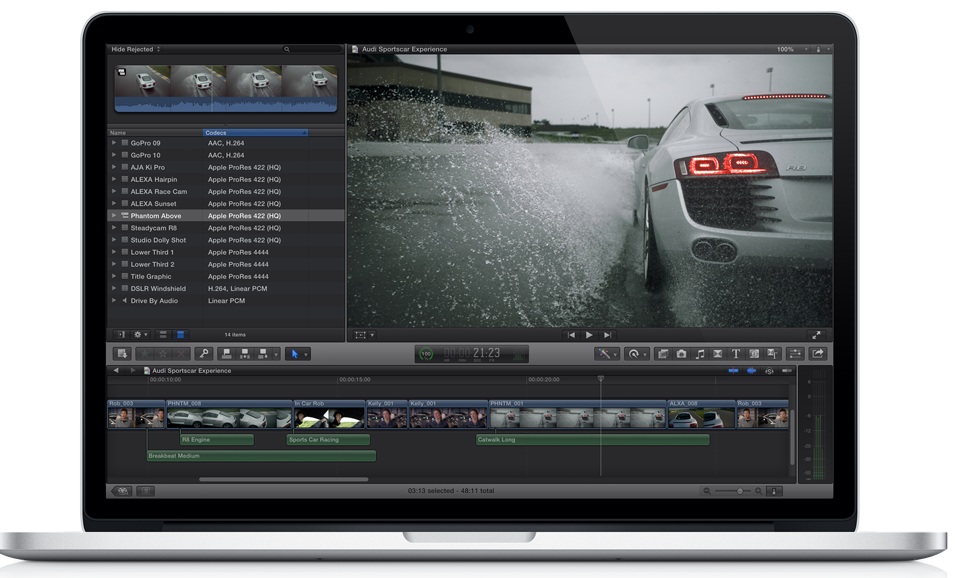 You’ve slaved over the script. You’ve planned out the shooting. You have everything you could possibly need on camera. Now, it’s time to finish the process. Editing is very much an art form. It dates all the way back to the early days of film, and requires a good grasp on story structure, imagination, and some technical know-how. It’s a process that requires meticulous attention to detail, as well as one that will likely have you holed up in a room for hours at a time. But the end result will be a beautifully made and mastered movie that you can call your own.

So where do you start? First, you’ll need to ensure you have the hard drive space. A one terrabyte hard drive will run you about $60 on Amazon, and trust us when we say, you’ll need it. Video files take up tons of space, and keeping them on your computer will end with you running out of storage at crucial points in your editing. Once you have the storage space, you’ll need a solid editing software to piece together your story with.

Choose and get to know your editing software

For the best quality editing, you really have two options: Final Cut and Adobe Premiere. Final Cut Pro will run up around $300 if purchased through Apple’s site, while Final Cut Express (the bare bones version of Pro) will be a little cheaper off of Amazon at $190. Adobe’s pricing operates on a monthly payment scale, with Premiere costing $19.99/month. If you don’t plan on needing the software for any extended period of time, we’d recommend rolling with Premiere. But for a long-lasting flat-fee program you can keep indefinitely, Final Cut (either Pro or Express) is the way to go.

In terms of the more technical aspects of editing, it’s truly something that needs to be seen rather than read. With that in mind, we’ve posted YouTube tutorials below that run you through the basic mechanics of both Final Cut and Premiere. We highly recommend playing around and getting familiar before you start seriously editing. There are tons of features, both useful and not, that it would be useful to know you have. Once you learn the mechanics, the editing itself will be infinitely easier than starting to construct your story with little to no familiarity.

Upload and organize your footage

Once you get a feel for your editing software, it’s time to upload and organize your footage. Moving forward, be sure you’re blocking out large chunks of time during the day (ideally as much as 5-6 hours at a time) to devote to editing. For staying organized once you’ve planned out your day, both programs allow you to group your unedited video into categories called “bins,” making it so you can pull each when needed as you construct your movie. As that falls into place, it’s important to have a very specific strategy in mind in terms of what you want your footage to look like in sequence. You should be watching each take of each scene, picking out the bits and pieces that you feel are the most usable, and then grouping them together appropriately.

Since you laid out your story way back in the writing process, the editing part will simply be a question of taking everything you shot, and placing it in the proper order. Having a rough timeline of your footage laid out in the editor makes it so you can slice and dice as needed, adding appropriate transitions in between each scene. One good rule of thumb to adhere to: Stay away from any transition that isn’t a fade out/fade in. Unless you’re George Lucas circa Star Wars: Episode IV, using wipes will only serve to make your movie look cheesier than it needs to be. For more advanced editors, match cuts can also be an effective device when used sparingly (this is when two separate frames are joined together by similar aspects, you can see an example here).

Once you have it all looking the way you want, the next step is finding a suitable soundtrack. One pitfall you may encounter here though: copyrights. If you plan on uploading your movie to a video service like YouTube, you could very well find yourself hit with a cease-and-desist if you end up using a song owned by someone else. Luckily, there’s an easy enough workaround in the form of royalty-free music. For a nominal fee, you can grab any number of soundtrack tunes at sites here and here, so you can safely upload and present your movie anywhere and everywhere without having to worry about take-down notices.

So your story is laid out, your footage is organized, and your soundtrack is mixed appropriately (be sure to use the sound editing features in either software to pitch the volume of it down below any dialogue you may have). With that all laid out, you should have a pretty good idea of what your movie will look like. Be sure to preview, preview, and the preview again before uploading the final product to make sure everything is copacetic. The last thing you want to do is have an awkward transition, a bad take, or blown out sound in a scene after you’ve spent the considerable time it takes to convert the final product into a video file (anywhere from 30 minutes to an hour depending on how long your movie is).

After ensuring everything is up to your standards, your movie is ready to show to the rest of the world! YouTube is a great place to start in terms of uploading to the Internet, but we’d also highly recommend utilizing Vimeo as a platform that will allow for bigger uploads and higher quality video. For more on the beginning stages of writing and filming, refer to our first two sections for everything you could possibly need. In the meantime, congratulations on your finished product!