How to Make a Song 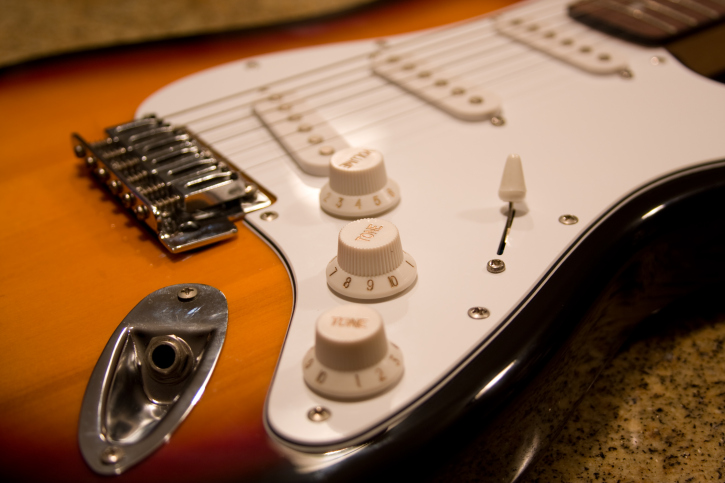 When it comes to writing your own songs, it can be hard to know where to start. Here are some tips to get your creativity flowing and make a song of your very own! (Make sure you know about chords, scales, and keys, otherwise this will be much harder.)

While everyone begins the creative process differently, one of the easiest ways to start writing a song is to make a chord progression. One of the easiest ones to use is what’s called a “1, 4, 5.” The 1 refers to the root chord of the progression and is usually played first. Let’s use an A chord as an example. You’d play the A chord for four measures then move to the 4 chord, which you find by counting four notes up from the 1 chord in the scale (A Major here). In this case, it’s a D. You play the D for two measures and move back to the A. After playing the A for a two more measures, you move up to the 5 chord, which in this case is an E. You can play the E for two measures, then finish the progression on the A, the 1 chord, for two measures. You just played a standard 12-bar blues riff, but this type of progression is used in virtually every type of popular music. Depending on how it’s played and with what instruments, the 1, 4, 5 can be used to make a song in any genre. You don’t have to stick to that order or those measure stipulations, but starting out with the 12-bar blues is a good place to begin for the novice songwriter even if you’re not interested in making blues music.

Many artists begin writing songs with lyrics, while others compose all the music and save writing the lyrics for last. Writing out the lyrics of musicians you admire and really studying them can help you better understand how to write your own lyrics, as looking at them on the page gives you a different understanding of the words than just listening to them within a song. You’ll likely find that different genres tend to repeat similar patterns, phrases, and rhythms within lyrics just as they do with the music. Learning about this can help inspire you and give you a guide to writing in whatever genre you’re interested in. It’s important to keep in mind that this is not the same as copying. Just because, for example, blues and country songs tend to recycle certain phrases from a long tradition of music doesn’t mean that you can steal a phrase from your favorite rock star. For many people lyrics begin as poems or even prose writing which is then are altered to fit the music.

The verses typically make up the majority of a song, though it’s more often the chorus that sticks in people’s heads because the chorus is repeated. Verses are the parts of the song that come between the times you repeat the chorus. Each verse usually has different lyrics, though the words will have a similar rhythm and be exploring the theme of the song. If you’re using the song to tell a story, then the verses are where the story will develop and much of the action will take place, moving the story forward. The verses can also be used to lend more depth to the chorus, which will be repeated several times in the song. Most often the first verse is what starts a song, but sometimes songs begin with the chorus. A popular example of that is The Beatles’ “She Loves You.”

The chorus is the main part of the song that gets repeated over and over without any or very much variation. The chorus usually contains the main message of the song and is more musically and emotionally intense than the verses. A chorus must be crafted well enough that listeners can hear it several times and get something out of it with each listen. When you’re feeling inspired to write a song, you may want to begin with writing the chorus even though that’s typically not the beginning of the song, as that will allow you to capture the feeling that’s most important to the song.

While many songs in popular music consist solely of the interplay between verse and chorus, if you want to mix that formula up a bit you can add what’s called a bridge. A bridge typically alternates between two chords and has different lyrics and melody than the rest of the song. It’s like a short interlude to break the verse-chorus-verse formula and often comes after the second verse and before another chorus. If you have a bit of poetry or an idea that fits the theme of the song but doesn’t seem to fit in the rhythm of the verses and chorus, then a bridge is a good place to add it in.

After you’ve said what you want to say in your lyrics, or you just feel like the song has reached the proper length (between 3 and 5 minutes is pretty typical for most popular music), then you can think about ending it. Most songs resolve back on the 1 chord. If you’re recording yourself, then you can use a common studio trick called a fade-out where you record yourself continuing to play the song and then slowly quiet the music until there’s nothing playing; see the Beatles’ “Yellow Submarine.” Ending on an unresolved chord has its own benefits if you’d like to leave the song with an eerie, unfinished feeling. After writing the bulk of your song, you can experiment with all these types of endings to see which suits the song best.

Of course, songwriting is a highly personal and creative process and many artists eschew all of the typical rules that have been presented above. But for a novice learning these basics is a helpful way to understand how popular music is composed and using these basics to make your own song can be easier than you might think.

When you’re ready to start recording your new tunes, check out some recording and editing software. Audicity is a relatively easy-to-use recording software, and it’s available for free. If you run a Mac, you may already have GarageBand. If not, you can get it for $4.99 in the iTunes store.