How to Watch PewDiePie in Action: This is the YouTube Channel that Made Him Famous

Even if you have no idea who Felix Kjellberg is, you might recognize the name PewDiePie (pew-dee-pie). A popular YouTuber and gamer, the 29-year-old star has made millions talking and performing in front of a camera for nearly a decade. If you’ve ever been tempted to check out his videos for yourself, it’s a lot easier than you might think.

Here’s everything you need to know about PewDiePie, and what you can expect to see if you visit his channel on YouTube.

Who is Felix Kjellberg, a.k.a. PewDiePie?

Felix Kjellberg — known publicly as PewDiePie — is a Swedish online creator who is (as of the writing of this article) the most-subscribed YouTuber on the platform. While some music artists and labels have come close to surpassing him, no individual has managed to maintain that kind of growth on a single channel of their own creation.

While he started out exclusively playing video games on his channel, his videos now vary in content focus. Sometimes he comments on YouTube and mainstream news. Sometimes he “reacts” to other YouTube videos. He still posts gameplay videos, but not as often as he used to.

Due to a recent surge in subscriber count — he was competing with another channel about to claim the “top spot” on YouTube — the PewDiePie channel now has over 76 million subscribers as of December 2018.

Many of his videos are viewed millions of times — sometimes within days of publishing — and his channel has received a total of 19.5 billion lifetime views since 2010.

When first visiting his YouTube channel, it’s hard to know where to begin. The video that automatically starts playing when you land on the page might not be the type you’re looking for or expecting. Digging a little deeper might steer you in the right direction.

PewDiePie’s most popular videos: Where to start

The top-viewed videos on the PewDiePie channel are a mixture of “funny moments” compilations from the early 2010s and songs performed by Kjellberg or written specifically for his channel and brand.

To get the best feel for what you can expect from a typical late 2010s PewDiePie video, however, you might want to start with a video he published in 2017 about misconceptions related to his earnings and net worth.

In the video, Kjellberg pokes fun at the host for mispronouncing his name (it’s pronounced Shell-berg), briefly snuggles both of his pugs (yep), and attempts to calculate his own net worth based on average CPMs and total channel views.

The original video he reacts to in his video (watch a few recent PewDiePie videos and that will make a little more sense) also touches on some of the controversies that have impacted Kjellberg and his channel over the past several years, if you’re interested in learning more about those.

The video contains the kind of commentary you can pretty much expect from a daily upload, whether it’s a challenge video, gameplay, or a news segment. He does upload occasional videos that are more serious in nature, including book and other media reviews (movies, TV shows, etc.). 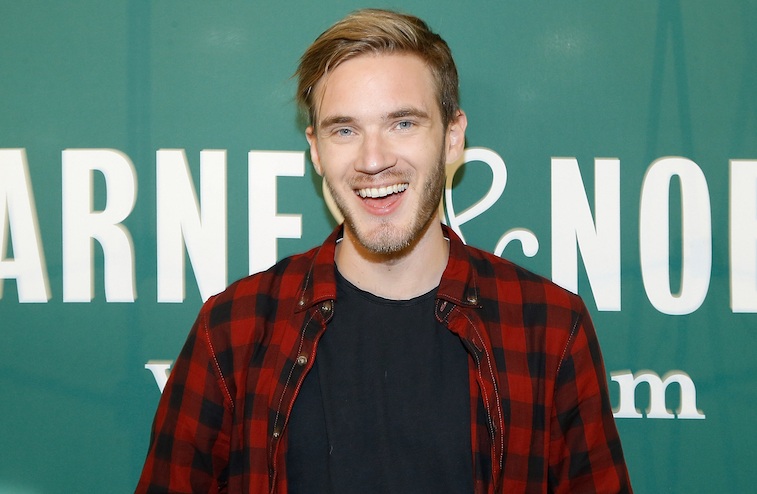 Though earnings vary, the average Google AdSense partner (the service through which YouTube places ads on videos is only available to channels of a certain subscriber count) earns an estimated minimum of $2 per 1,000 views. A video viewed 1 million times would earn about $2,000.

The PewDiePie generally follows a daily upload schedule, meaning a minimum of seven new videos are posted each week. Each published video has the potential to earn thousands of dollars within days.

However, this isn’t the only way Kjellberg earns income. He also earns money through merchandise sales, brand deals, and sales on his 2015 book and multiple video games.